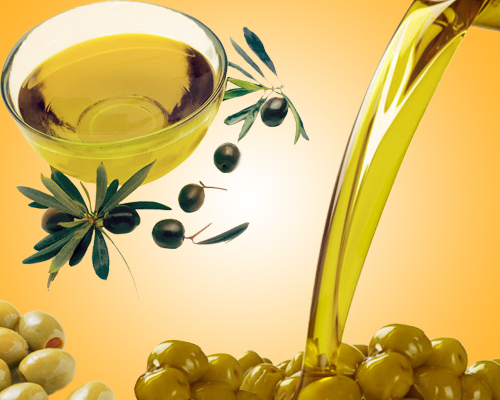 Zaitoon (Olive) the sign of peace and friendship in this world has its description in Holy Qur’an Allah Taala says:

“By the fig and olive, And the mount of Sinai, And the city of security, We have indeed created man in the best of moulds, Then do we abase him (to be) the lowest of low, Except such as believe and do righteous deeds for they shall have a reward unfailing, What then, can after this, make you deny the last judgement, Is not Allah the wisest of judges” (The Fig, Surah 95)

The plant of olive goes upto the height of 3 metres, leaves are bright green and very attractive and the fruits are of bright bluish or violet colour, possesses a metallic taste. It is known from old ages. During the excavation of ancient Egyptian graves, vessels full of olive oil were found with other articles. According to the scholars of Hadith, on subsidence of Toofan-E-Nooh, when water level came down, the first thing on the earth that was seen, was the olive plant.

The plant is extensively found in Asia minor, Palestine, Roman territory, Greece, Portugal, Spain, Turkey, Italy, North Africa, Algeria, Tunisia, California in America, Mexico, Peru and South zone of Australia. Usually it is imported from Spain, Italy, France, Turkey and Greece. Though olive fruits are very nutritious it is not usually eaten due to its metallic taste. Rather pickles of its fruits are largely consumed in Europe. The fruits preserved in vinegar is imported from Greece and liked very much in Europe and in Arabian countries.

Olive oil is a good preservative for other eatables too. Sardine and other fishes are tinned and preserved in olive oil. The smoke-less burning of olive oil is a peculiar feature, which produces a bright light. Holy Qur’an stresses the importance of Zaitoon on several occasions: (141-M-AlInaam-6), (99-K-AlInaam-6), (11-K-AlNahl-16), (AlNoor-35), (Moominoon).

Hazrat Sayyed Al-Ansari narrates that the Prophet (Pbuh) said “Eat the olive oil and massage it over your bodies since it is a holy (mubarak) tree.” (Tirmizi, Ibn Maja)

Hazrat Alqama Bin Amir narrates that Prophet (Pbuh) said, “ There is olive oil for you, eat it, massage over your body, since it is effective in Heamorrhoids (Piles).” (Ibn Al-Jozi, Zanbi)

Hazrat Aqba Bin Amir narrates that the Prophet (Pbuh) stated, “You have the olive oil from this Holy (mubarak) tree, treat yourself with this, since it cures the Anal fissure (Basoor).” Khalid Bin Saad narrates “I came to Madinah with Ghalib Bin Al Jabr. Ghalib became ill during the journey. Ibn Abi Ateeq came to see him and told a narration from Hazrat Aisha that the Prophet (Pbuh) told about the cure in Kalonji. We crushed a few seeds of Kalonji and mixed it with olive oil and dropped in both nostrils, after which Ghalib became healthy.” (Ibn Maja, Bukhari)

Hazrath Abu Hurairah (t) narrates that the Prophet (Pbuh) stated, “ Eat the olive oil and apply it (locally), since there is cure for seventy diseases in it, one of them is Leprosy.” (Abu Naim)

Hazrat Zaid Bin Arqam narrates “ We have been directed by the Prophet (Pbuh) that we should treat the Pleurisy with Qust-e-Behri (Qust Sheerin) and olive oil.” (Tirmizi, sanadeAhmed, Ibn Maja)

Olive oil has a place in Govt Pharmacopoca of USA and Britain (British Pharmacopoca). Both of these countries have given prime importance to olive oil for the treatment of various ailments and have fixed standard parameters to evaluate its purity.

It contains Palmatic Acid, Oleic Acid, Linoleic Acid, Steanic Acid, Myristic Acid and Glycerides. It is not dissolved in water but in Alcohol, Ether, Chloroform and Liquid Paraffin.

The adulterant very often used in the olive are of the seeds of Tea Plant, Arachis oil in the market samples of olive oil. Sometimes Machine Gun oil and refined Mobile oil are also found.

Olive oil is extracted from the ripened fruits. The unripe and over ripe fruits contain less amount of the oil. The fruits are processed three times. Successively, the first round oil is the best in quality, golden in colour, with a light fragrance and known as virgin oil. Some varieties of olive oil remained unchanged in its effectiveness for years together. It contains therapeutic potential even if it is a thousand years old. Despite the prime importance and holiness given by Qur’an and Prophet Muhammad (Pbuh) no work has been done to find out its efficacy for the ailments other than the Haemorrhoids, Anal fissure, Skin diseases, pleurisy and leprosy, which are already described by the Prophet (Pbuh) , whereas the Prophet (Pbuh) himself says us that it contains cure for seventy diseases.

According to Ibn Al-Qayyim the red coloured oil is better than blackish one. It is an exhilarant, glows up the facial complexion, provides prevention against poisons, regulates the digestive process, expels the intestinal parasites, makes the hair lustrous and minimises the ageing problems. The massage of olive oil with common salt over the gums is a remedy for several diseases of gums and teeth. The local application of olive oil or the water extracted from the crushed olive oil leaves is effective on boils, rashes and itching. The chronic ulcers and boils, which show difficult healing condition, are healed up with the use of olive oil locally.

According to Zahbi it strengthens the hairs and body, hence could be used as a good tonic in old age problems and to delay the ageing process. It is also useful in sexual weakness. Combination of normal saline with olive oil is highly effective in burns cases.

The decotion of olive leaves in water is effective against mouth and lips ulcers and allergic dermatitis also. The concentrated aquous extract of olive leaves and fruits is very effective against dental cavities and application of this solution shows very good effects on Leukoplaquea in mouth. This solution is applied with vinegar on Alopecia, grows the hair and removes the Alopecia. It is also stated that the local application of this extract removes the scars of small pox and boils. The powder of seeds mixed with butter is effective in brittle nails. The pickles prepared from olive fruits is a good appetizer and removes constipation. The smashed leaves are applied locally to check excessive perspiration. The water extracted from the leaves with honey is used as Ear drops and effective in various Ear ailments. The oil procured by burning of olive wood is effective against all fungal infection viz, Ringworm, T.versicolor etc. in addition to Eczema, Psoriasis, Dandruff and Alopecia. The local application of olive oil on scalp is highly effective against dandruff. It grows the hairs and checks, the loss of hair. The application of olive oil in eyes relieves the inflammation.

The massage of olive oil over the body tones up the muscles and organs, it relieves muscular pains. Some physicians also advocate the massage of olive oil for epilepsy. It relieves the Sciatic and arthritis. The ointment prepared from olive oil are very good healing agents. It heals the sinus and fistula very quickly. 25ml of olive oil mixed with 250ml of barley water, if taken internally, is highly effective against chronic constipation. It is good Diuretic, hence is used in Ascites. It also removes the kidney stones.

In view of the researchs carried out in USA and England, it is concluded that it is a good nourishing diet during the ailments of kidney, where nitrogen containing food/proteins in take is contra indicated. Since, the Prophet (Pbuh) stated that it is a good remedy for Anal fissure, hence for the same complaint patients were advised to take two spoonful of olive oil at bedtime and an ointment was applied on fissure locally at retiring and in morning, prepared from 8 spoonfuls of olive oil and 2 spoonfuls of ground henna leaves. This showed very good effects against the problem. It is a good tonic for hair and maintains the lustre. Its combination with other prescribed drugs of Tibb-al-Nabwi is a good remedy for Psoriasis and Eczema. The impressions of several doctors practising in middle east and North Africa reveal that no case was detected of Gastro Intestinal Carcinoma, among those who were used to consuming olive oil. Japanese doctors also endorse this fact and have the opinion that olive oil prevents the incidence of Carcinoma in G.I.T.

The Prophet (Pbuh) stated that it is a good remedy for intestinal inflammations. Therefore it was used in the cases of G.I.T ulcers and found very much effective. It is also observed that no remedy equates the benefits of olive oil in hyper acidity and gas troubles.

The Prophet (Pbuh) recommended the use of olive oil in Pleurisy. Keeping this in view olive oil was administered in various diseases of Respiratory tract and it was observed that the regular users of olive oil were least affected with common cold and coryzha and pneumonia.

The clinical experiences of well qualified and highly established doctors in the profession who take a keen insight in Prophet’s medicine reveal that olive oil is a good supportive treatment in Tubercular infection of either sites. According to a narration of Kahlid Bin Saad in Ibn Maja, one spoonful of Kalonji was pulverised and mixed with 12 spoonful of olive oil. This suggestion was dropped into the nostrils morning and evening for the cases of chronic cold and epistaxis. The results were found highly positive.

Previous: Soft Drinks: We Drink This Stuff!
Next: Sacrifice Qurbani or Udhiya: Philosophy and Rules