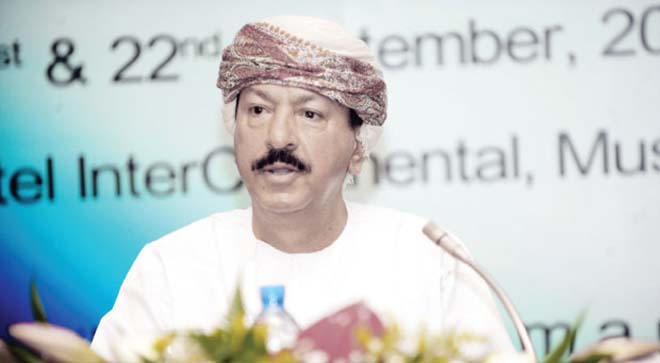 London:  The Islamic financial institutions across the world need to reduce cost of financing, harmonise standards and develop a range of new products to achieve a rapid growth of the industry, according to central bank governors who gathered here for the World Islamic Economic Forum (WIEF).

“Given the lead and nimble footedness of standard banks, Islamic banks need to be equipped with a range of products and services. This can come only through user-friendly approaches,” said Hamoud Sangour Al Zadjali, executive president of Central Bank of Oman.

“It is not sufficient for markets to focus on sukuk only, but we must focus on small and medium enterprises (SMEs). Greater consensus is required before the system can mature,” added Al Zadjali, while talking at a panel discussion on harmonising global standards on Islamic finance, along with several other central bank governors.

Echoing a similar view, Sultan bin Nasser Al Suwaidi, governor of Central Bank of the United Arab Emirates, said: “We need to reduce the cost of financing. Prior to the growth of the industry, there was a feeling that Islamic finance would be provided at a lower rate to conventional banking and what we see is the opposite. Our practice has been to look at the product.”

“The United Arab Emirates has always been open so there is no set of written rules for products. It is done on a case-by-case basis. We look at all products,” added Sultan bin Nasser Al Suwaidi.

“In order for Islamic finance to become a force, it has to develop deep and liquid markets. But if you have markets based on buy-and hold investors, they are not normally liquid. We need higher frequency traders — I think this is acceptable — but we need to think about a wider participation for sharia products,” opined Dr Paul Fisher, executive director for Markets, Bank of England.

“There is a need to standardise not just regulations but accreditations for Islamic scholars involved in banking.”

He said products do not have to be identical; but the legal basis underlying all of those must the same, so people don’t have to worry. Getting consistency over what is sharia complaint would reduce basis risks. People also want to see benchmark rates.

Dr Zeti Akhtar Aziz, governor of Bank Negara Malaysia, noted that there has been an exponential growth in the Islamic financial system.

“We are also more significantly seeing cross-border transactions. Harmonisation of global standards is key. We must distinguish between market practices and global standards. Sharia rulings in transparency and rationale will remain important,” she added.

“I don’t think harmonisation is about one-size fits all policy. I think there are structures that have been put in place that have broken down some of the barriers that are mostly communication and understanding based,” added Mallam Sanusi Lamido, governor, Central Bank of Nigeria.

“For us in Nigeria, we take the position that we want to move the market forward… The conversation has to move beyond scholars but to populations – we must get out of this mindset. Each year there are circumstances without exact precedent. As long as we accept a need for pragmatism and balanced rules, we’ll find a way forward,” noted Lambido.

The World Islamic Economic Forum entitled ‘Changing the world’, which was organised by WIEF Foundation and the governments of Malaysia and the United Kingdom, was attended by over 2,700 delegates from over 128 countries across the world.