Home » Farm-to-Fork News » Agriculture & Horticulture » USA: What did the Chicken on Your Plate Eat?

USA: What did the Chicken on Your Plate Eat?

Arsenic is being fed to chickens, are you feeding it to your family. 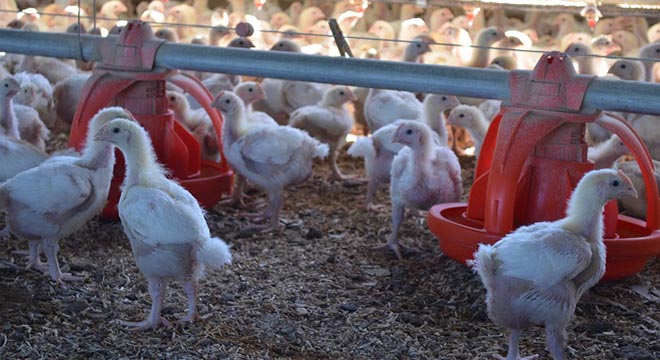 Would you eat chicken that ate arsenic and banned antibiotics? If you shop at grocery stores in the USA, you probably already have.

When eating that delicious nugget, or scrumptious chicken salad…. do you ever wonder how the tender, juicy, and appealing shades of pink get to your dinner plate? Welcome factory farming.

We Eat a Lot of Chicken

The human consumption of poultry products is more than any other animal.  Each year, factory farms raise about 9 billion broiler chickens. The ‘rendering industry’ is a recycling business that converts animal byproducts into marketable materials, including feed.

Following the poultry slaughter, feathers are routinely rendered into a feather meal and sold as animal feed. This provides a potential pathway for reentry of their feed into the human food chain.

Are You Eating What Your Chicken Ate?

A very strange and disturbing brew is fed to chickens, combining rendered chicken parts, and pharmaceuticals. Keeve Nachman, a researcher at Johns Hopkins University led a team to see if antibiotics were given to chickens. A chemical panel (test) also looked for other chemicals found, and what they accidentally discovered, was appalling, shocking many.

The tests identified the proprietary chicken to include: Fluoroquinolones (banned antibiotics), arsenic, caffeine, antidepressants, antihistamines, acetaminophen, and green tea.  Are you kidding? Why all of these?

More than 2.2 million pounds of roxarsone (an arsenic-based animal drug) is utilized to fight parasites and increase the growth rate of chickens…and the arsenic is just a component of the feed.

Caffeine keeps chickens awake, so they will eat more, getting fluffier, faster. The purpose of the antidepressants is not to keep chickens calmer while living in hideous conditions, but rather, to keep their meat more tender. It is thought that stressed chickens grow slowly and have tougher meat. The acetaminophen  is to keep them relatively pain free.

The poultry farmers may not be aware of what is in the feed because there are few choices, as a result of corporate business.  In Maryland, in a historic vote, the governor is expected to sign the first bill which will ban the use of arsenic in chicken feed.

The studies looked at the chicken feathers only for their test analysis, not at the chicken meat. There is no conclusive evidence of negative health effects for consumers ingesting chicken meat from chickens sustained on this cocktail of arsenic and antidepressants, etc. However, it is not far fetched to assume that the meat might not have the nutrition we have been led to believe exists. If it were me, I’d be looking at antibiotic-free or organic grass fed chicken.

Previous: Opinion: Islamic Finance – What’s In It For Me?
Next: UK: Secrets of the supermarket frozen chickens pumped full of water and additives in cement-mixer style machines