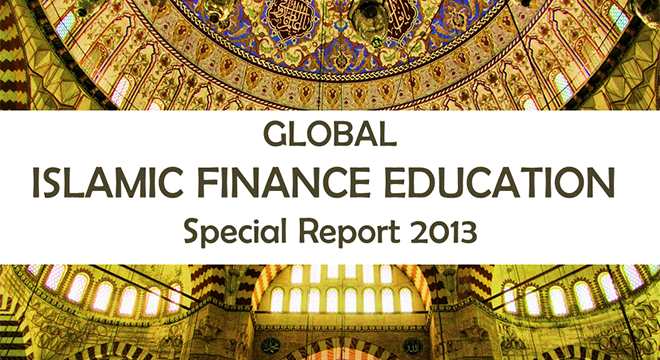 Newark, DE — Islamic Finance is the new financial phenomenon that earned a spotlight after the global financial crisis since 2008. Awareness is rising rapidly about Islamic Finance globally. This year, UK appeared as the first non-Muslim country to host World Islamic Economic Forum and the prime minister of UK, David Cameron announced its plan to launch an Islamic market index and to issue sovereign sukuk.

Harvard Islamic Finance Project is the most notable initiative in Islamic Finance in the USA which holds intellectual forum every two years and brings scholars, educators, experts from around the world to discuss issues in the Islamic Finance industry. The project was founded in 1995 by Harvard University Centre of Middle Eastern Studies (CMES) which later on became part of Islamic Legal Studies Program at Harvard Law School.

“GIFE 2013 is a wake up call for all the stakeholders of emerging Islamic Finance industry. This report is an exclusive and timely one for the mass of the industry and if you are looking for a comprehensive insight of Islamic Finance Education sector – this is the document for you,” said Mr. Muath Mubarak, Head of Finance and Corporate Strategy of First Global Group.

Human capital development is a critical challenge for Islamic Finance industry and previously there was no comprehensive study that addresses the major issues and at the same time backs the insight with collective data. GIFE 2013 bridged that gap of information and brought critical insight into the challenges facing Islamic Finance industry in human resources development and the industry’s long term sustainability.

M. Kabir Hassan, tenured Professor in the Department of Economics and Finance at the University of New Orleans, who gives lectures and workshops in the US and abroad on Islamic Finance and edited several books on Islamic banking said, “Yurizk has filled a vacuum in bringing this GIFE 2013 report that details the current state of Islamic finance education in the world.

There is an estimated current need of 50,000 professionals for the Islamic banking industry. I have reviewed the report before its release and it followed a sound methodology to derive its conclusions. The education sector and industry will benefit from this report.”

Other key findings from GIFE 2013 reveal:

For more information about the report visit: http://reports.yurizk.com/GIFE2013/