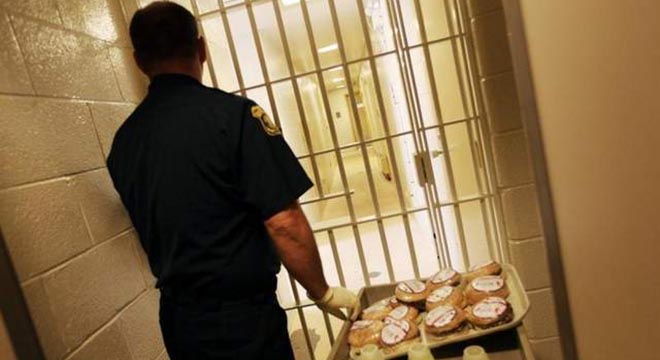 Observant Muslim inmates in Michigan prisons will now be guaranteed the option of halal meals and celebrating Islamic holidays, under an agreement reached this week between the ACLU and the Department of Corrections.

But those meals now will be vegan meals because the Michigan prison system introduced in September a new food system that gives Muslims, Jews and other religious minorities only one type of vegan meals that adheres to their religious guidelines.

The agreement comes after a lawsuit filed by Muslim inmates in 2006, saying they were not provided the option of eating halal meals or attending weekly prayers. In 2009, the ACLU filed a class-action on behalf of the Muslim inmates and a Seventh-day Adventist inmate saying their constitutional rights were being violated, noting that Jewish inmates were being allowed to have kosher meals.

The settlement also requires Michigan to allow Muslim inmates to gather for religious meals on the two Eid holidays per year. And it mandates that prisoners be allowed to be excused from work on religious holidays.

More than 8% of prisoners in Michigan — 3,530 out of 43,472 total — are Muslim, including those with the Detroit-founded Nation of Islam, said Russ Marlan, spokesman for the Department of Corrections.

In August, U.S. District Judge Avern Cohn ruled that the Department of Corrections was violating the rights of Muslim prisoners by denying them the option to have Eid meals and the ability to meet for weekly prayer services. The agreement reached Wednesday deals with other parts of the lawsuit, said ACLU officials.

“Muslim prisoners will no longer be forced to eat food that violates their religious principles,” said Michael Steinberg, legal director of the Michigan branch of the ACLU. “And they won’t be punished for joining weekly prayers or celebrating important religious holidays.”

“The government may not deprive Americans of their fundamental right to practice their religion, even when they are in prison,” Steinberg said.

Still, Steinberg said, the ACLU was not happy with the “one size fits all” vegan meals for anyone who wants a religious option to regular meals. Instead of getting halal or kosher chicken, for example, Jewish and Muslim prisoners now have to take the vegan option if they want halal or kosher food.

Marlan, spokesman for the Department of Corrections, said Thursday: “We believe that was a fair and appropriate settlement.”

The vegan meal option “complies with all religious beliefs and satisfies basic nutritional requirements applicable to all prisoners,” he said.