USA: Antibiotic-resistant bugs a common cause of death, says first report of its kind

The use of antibiotics as a growth-promoter in livestock feed is posing a dangerous risk to human health, according to a new report from the US health department 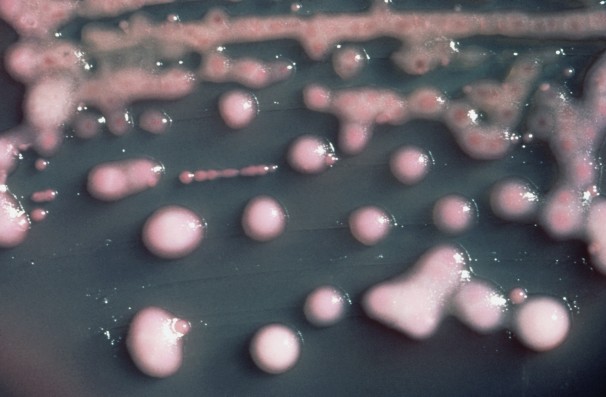 Centers for Disease Control and Prevention/Associated Press: It is one form of CRE bacteria, sometimes called “nightmare bacteria.” CRE bacteria is blamed for 600 deaths each year, and can withstand treatment from virtually every type of antibiotic.

ATLANTA — The use of antibiotics as a growth-promoter in livestock feed is posing a dangerous risk to human health, according to a new report from the US health department.

Pointing out that there was “strong evidence” that the use of antibiotics in livestock production was harming human health, the report said antibiotics should only be given to food-producing animals under veterinary oversight “and only to manage and treat infectious diseases, not to promote growth”.

For the first time, the U.S. government is estimating how many people die from drug-resistant bacteria each year. The report, published by the Department for Health and Health Services’ Centers for Disease Control and Prevention (CDC), revealed that over 2 million people fall sick in the US each year with antibiotic-resistant infections, with at least 23,000 dying as a result, or about as many as those killed annually by flu.

Of those, the staph infection MRSA, or methicillin-resistant Staphylococcus aureus, kills about 11,000, and a new superbug kills about 600. That bacteria withstand treatment with antibiotics called carbapenems — considered one of the last lines of defense against hard-to-treat bugs. 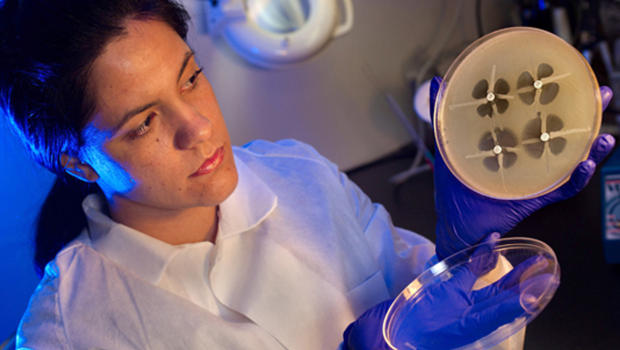 0 CDC microbiologist Johannetsy Avillan holds up a plate that demonstrates the modified Hodge test, which is used to identify resistance in bacteria known as Enterobacteriaceae. Bacteria that are resistant to carbapenems, considered “last resort” antibiotics, produce a distinctive clover-leaf shape.

Germs like those have prompted health officials to warn that if the situation gets much worse, it could make doctors reluctant to do surgery or treat cancer patients if antibiotics won’t protect their patients from getting infections.

MRSA bacteria have been the target of many hospital infection control efforts. These germs often live without symptoms on the skin, but also can cause skin or tissue infections, and become more dangerous when they enter the bloodstream.

Serious, invasive MRSA declined in all settings for a total of 80,461 infections in 2011, the journal report found. Most were linked with health care in people who’d recently been hospitalized or received other medical treatment. But for the first time, the more than 16,000 infections picked up in community settings outnumbered the 14,000 infections that began in the hospital.

A 2005-2010 study in the same journal suggests that pig manure might be a cause of some mostly less serious MRSA infections in people living near fertilized farm fields.

Antibiotics like penicillin and streptomycin first became widely available in the 1940s, and today dozens are used to kill or suppress the bacteria behind illnesses ranging from strep throat to the plague. The drugs are considered one of the greatest advances in the history of medicine, and have saved countless lives.

But as decades passed, some antibiotics stopped working against the bugs they previously vanquished. Experts say their overuse and misuse have helped make them less effective.

CDC director Tom Frieden said that antimicrobial resistance was one of the most serious health threats facing the US, with infections from resistant bacteria now common and some pathogens resistant to multiple classes of antibiotics.

“Antibiotic resistance is rising for many different pathogens that are threats to health,” he said. “If we don’t act now, our medicine cabinet will be empty and we won’t have the antibiotics we need to save lives.”

The CDC report expressed support for the US Food and Drug Administration (FDA)’s draft guidance on the judicious use of antibiotics in humans medicine and livestock production.

“Every time antibiotics are used in any setting, bacteria evolve by developing resistance. This process can happen with alarming speed,” said Steve Solomon, director of CDC’s Office of Antimicrobial Resistance.”