Home » Halal Integrity » US: It’s official! The Halal Guys will be opening up a new restaurant on 14th St in November

US: It’s official! The Halal Guys will be opening up a new restaurant on 14th St in November 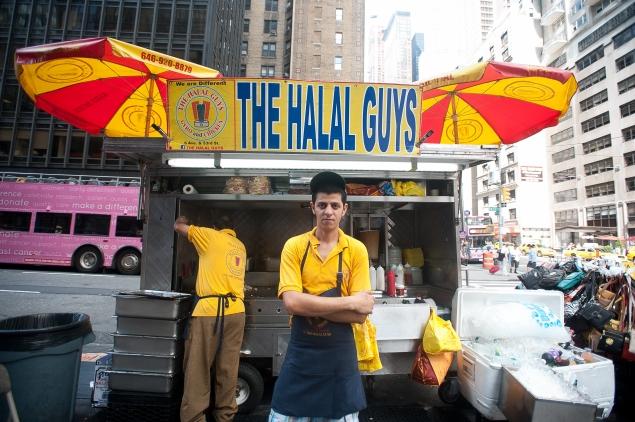 t’s official! In November, The Halal Guys will be opening up a new restaurant on 14th St.
Image: JOHN TAGGART FOR NEW YORK DAILY

The Halal Guys are heading downtown.

The famed food cart, known for the long late-night lines it draws on 53rd St. and 6th Ave., is opening a restaurant in the East Village this November.

The new location on 14th St. and 2nd Ave. will feature shish kebabs, more vegetarian options, and a juice bar, according to general manager Hesham Hegazy. 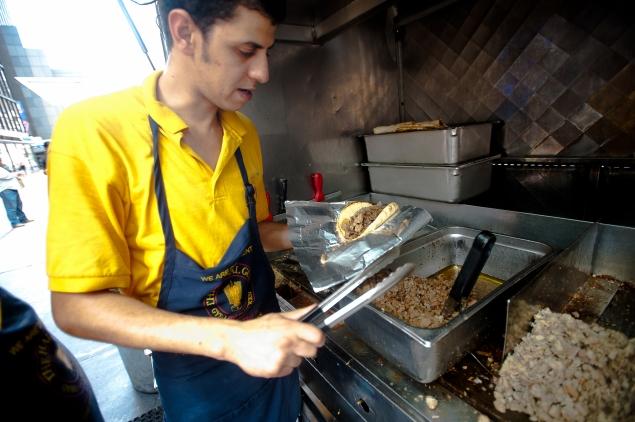 The food stand started out as a hot dog cart in 1990, according to general manager Hesham Hegazy.
Image: JOHN TAGGART FOR NEW YORK DAILY

Hegazy confirmed to The News, adding that The Guys are planning to add some sparse indoor seating to the venue.

The team scouted out the area by opening up a cart on that corner two weeks ago. They chose the East Village for its club scene and NYU’s nearby 14th street dorm, Hegazy said.

The cart is currently open from 11 a.m. to 4 a.m., and Hegazy plans to make sure the restaurant stays open for just as long. 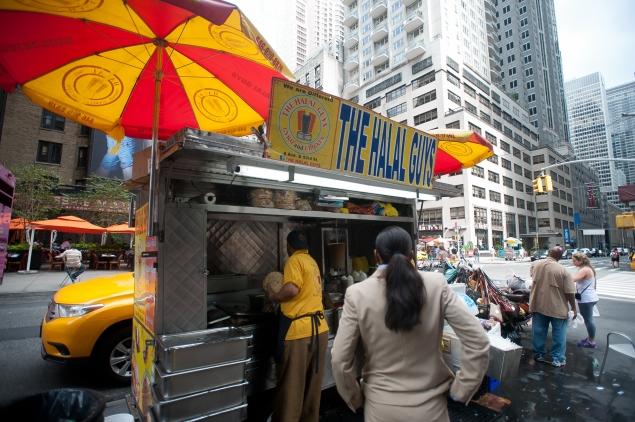 The stand is popular destination in the tri-state area, especially among Desis—people of South Asian descent.
Image: JOHN TAGGART FOR NEW YORK DAILY

“It’s ambitious, yes,” Hegazy said. “But our customers have been asking about this for years.”

The news comes as both surprise and relief to many waiting it out on The Halal Guys line this Monday.

“Finally,” said Minsu No, a 22-year-old who traveled by car to the city from Palisades Park, N.J., just for the cart’s chicken and lamb combo. He couldn’t find parking, so he said a friend was driving around while he waited in line. 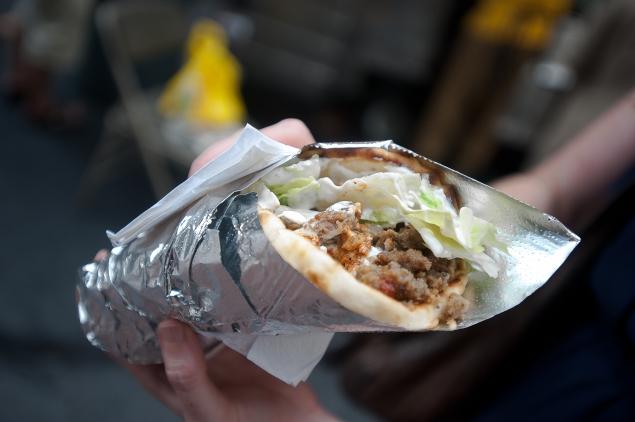 The Halal Guys are known for their gyros and rice platters, which have stayed around $6 for the past 23 years.
Image: JOHN TAGGART FOR NEW YORK DAILY

“I’ve been eating here for nine years,” No told The News. “I’d be at that store every day.”

The Halal Guys started out as just another hot dog cart in 1990. The company’s founders then realized there was money to be made by selling Halal food to the Muslim cabbies who drove through Midtown.

Since then, the company has grown to operate five food stands — including two stands on 6th Ave. another one on 7th Ave. and a lonely outpost at Queens’ LaGuardia Community College. 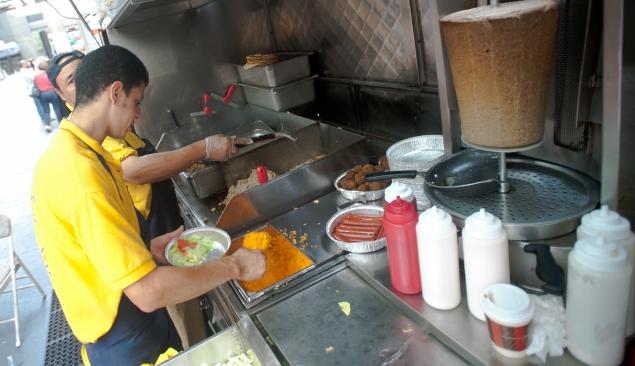 What’s so great about the food? Several people on line this Monday said that it was the white sauce. “What do they put in there? Magic, maybe?” asked Minsu No, from N.J.
Image: JOHN TAGGART FOR NEW YORK DAILY

Still, the lines are the longest at the cart’s original location on the southwest corner of 53rd and 6th. Even though the cart on the southeast corner is selling the same food, there are rarely any lines on that side of the street.

Part of the The Halal Guys draw seems to be linked to the word-of-mouth marketing that built its fame in the first place. It’s the story people tell their friends, that there’s this one food cart on this one random corner in the city that sells this one amazing dish — but woe to the foodie who orders from the wrong guys.

“It’s psychological,” Hegazy explains. “Our name is a brand.”

It remains to be seen whether tying that brand to an actual New York address will hold the same mythical power over its fan base.

24-year-old Richard Park, from Palisades Park, N.J., has been eating The Halal Guys’ food for nearly a decade and he had no idea that there was more than one location. He’s a bit more hesitant about the move downtown.

“I’ll definitely go, but I don’t think there would be as much of a scene,” Park told The News. “I like this atmosphere, being outside. And at 4 a.m., watching all the drunk people from the clubs standing on line.”

Tagged with: The Halal Guys USA