Accommodating the fast growing Muslims population in Britain, the first Halal food exhibition has been held in London to showcase the diversity of halal food, with dozens of exhibitors reflecting a growing market for the new industry all over the world, where visiters were able to sample a range of halal foods.

The three day Halal Food Festival, the first to be held in the UK, ran from Friday 27 to Sunday 29 and offered a chance to explore the diversity of halal food.

Visiters were able to browse over 100 exhibitors from across the world and sample food and drink from restaurants and street-food stalls. 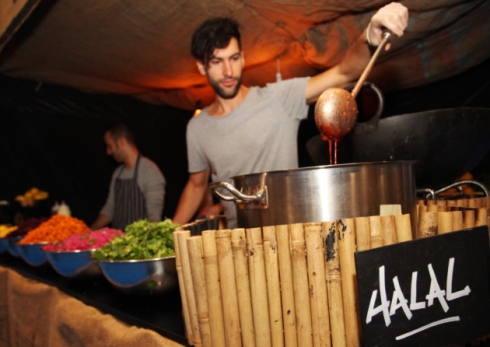 A range of halal foods were on offer at the festival

Guests had the chance to make their own halal ‘mocktails’ with exotic ingredients and fruit juices under the guidance of professionals.

“My inspiration for the three-day event at Excel London, came from my struggle to find Halal versions of non-south Asian food,” the festival’s founder Imran Kausar, told Press TV on Saturday, September 28.

Dubbed as “Haloodies”, or the halal-eating foodie, Britain’s first halal food exhibition has been held from 27-29 September, at Excel centre in London with the attendance of at least 100 exhibitors to feature halal food recipes.

“London’s become the gourmet burger capital of Europe but it’s lacking something for the halal-eating community,” said co-founder Salman Shaikh, who has encouraged non-halal eating friends to try the halal burger.

Deemed as the largest of its kind in the world, the event offered cooking classes by the UK’s most famous chefs who presented live cooking sessions.

“I don’t know what Delhi chicken curry is and I don’t usually cook,” Omar Javaid, 30, told The Guardian.

“A lot of my friends go to steak places, the high-end ones. I just won’t go because you don’t get the [halal] option. I’m hoping this festival will offer a few more options,” Javaid added.

Britain is home to a sizable Muslim minority of nearly 2.7 million, the census is expected to reach 5.5 million by 2013.

“The Halal market is a hugely important part of our food economy, in London the food market is worth about £17 billion ($28 billion), we employ about 300,000 people, we consume 25,000,000 million meals a day, the Muslim community makes up over a million of our London population of 8.5 million and that is growing.

Halal meat accounts for about 15% of the meat that comes in the market as well” said Rosie Boycott, food advisor and chairman of the London food Board.

Over 100 exhibitors from across the globe showcased different types of halal food and drinks at the event.

The concept of halal, — meaning permissible in Arabic — has traditionally been applied to food. Muslims should only eat meat from livestock slaughtered by a sharp knife from their necks, and the name of Allah, the Arabic word for God, must be mentioned.

Muslim scholars agree that Shari`ah provides a divine law of mercy that should be applied on all Allah’s creations, including animals.

Noman Khawaja, Events Director, said: “The Halal Food Festival sets a new standard in food shows aimed at Muslims in the UK. The range of chefs, features, exhibitors and production quality will leave haloodies eager for the show each year.”

He further explained the concept by saying: “Muslims go to food festivals and they cannot eat some the beautiful food that’s there, we have just replicated that model and we brought it to halal food.”

Last June, The first-ever Halal Food Festival held in Toronto, Canada has drawn record-breaking crowds, showing the diversity of the marketplace in a major North American city, and is looking forward to doing it again in 2014 after the success of the first show, said Salima Jivraj, the organiser.

At the exhibition center, a younger generation of Muslims was dominant among attendants.

“People who are older eat traditional Pakistani food. We are more diverse, we like fish and chips but we want to see halal fish and chips.

“We’re always querying, ‘is this halal?’ Here we know every single thing is.”

“It’s for people like me who love cooking and love food.” 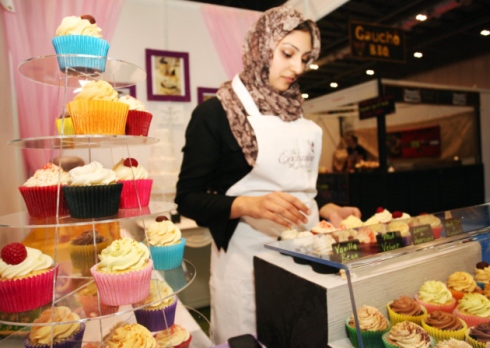 Halal food has become a controversial issue in Britain over the past months.

Last February, a Birmingham school has apologized for serving non-halal food to Muslim students following an investigation on the school’s catering.

The incident was made public after a spokeswoman for the Food Standards Agency said the halal meat supplied to prisons involved traces of pork.

The discovery also comes as the country is still in the grip of the horse meat scandal, which last week saw Staffordshire County Council withdrawing beef from its school menus as a precaution. 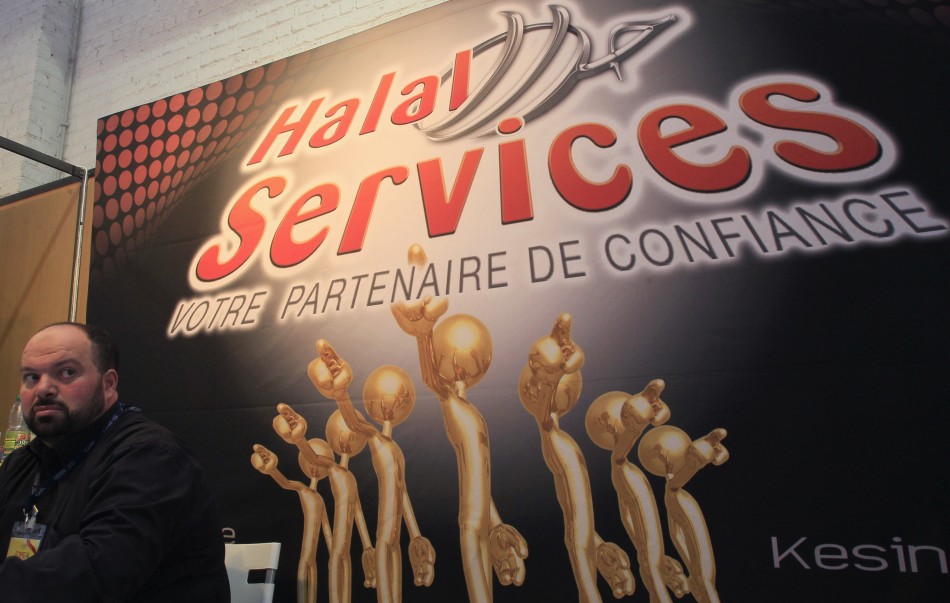 Opinion: Why is Halal food so hard to find in Britain?