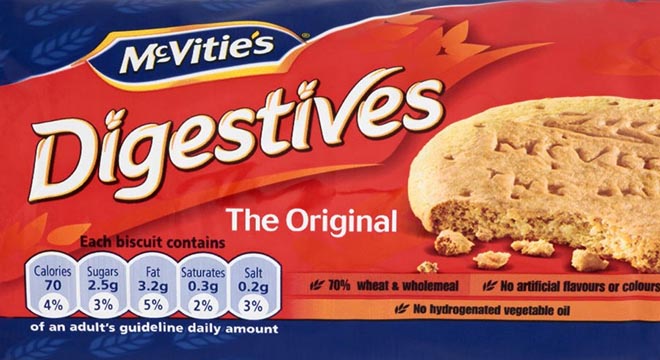 United Biscuits has signed a deal to acquire a majority stake in Saudi snacks business Rana Confectionery Products. The deal, the UK snacks firm says, will allow it to grow and establish a strong position in Saudi Arabia but also the wider Middle East region with its brand portfolio. Michelle Russell reports.

United Biscuits is looking to take a bigger bite out of biscuit sales in the Middle East. The McVitie’s maker has teamed up with Saudi distributor Ali Zaid Al-Quraishi & Brothers Co to acquire Saudi biscuit and wafer producer Rana Confectionery Products.

For United Biscuits, which already sells McVitie’s products in the Middle East, the deal will allow the firm to expand the range of products it can sell in Saudi Arabia and the wider region. It will hope to feed the growing Saudi and Middle Eastern consumer demand for locally manufactured sweet snacks. While most international manufacturers, including United Biscuits, target Western expatriates with their products, United Biscuits will want to use Rana to feed demand for local products. However, the key rationale for the deal appears to be to use the acquisition to boost its presence in the wider region.

United Biscuits has steadily built an international business. The company is the market leader for biscuits in the UK but it also number two in France, Belgium, the Netherlands and the Republic of Ireland.

It has also a growing presence beyond Europe. The company sells its products in over 100 countries with nearly 15% of its sales coming from markets outside of the UK and North West Europe, in regions like the Middle East, Africa, Asia and Australia – up from 5% five years ago. International markets are the firm’s largest source of growth and the deal for Rana is looking to build on that in a region United Biscuits believes has potential.

“The Middle East region is one of our key international growth areas,” a spokesperson for United Biscuits tells just-food. “We have been selling a lot of exported product there but the Rana acquisition gives us a range of well-established Saudi brands and the capability to manufacture McVitie’s products locally. It is also a good geographical fit between our Indian facility and a licensed facility in Nigeria.

“We are seeing growth of over 20% this year in our international business and we are looking for this trend to continue,” the spokesperson says. “Having a local manufacturing facility in Saudi will certainly support this.”

Companies with facilities in Saudi Arabia’s central region, where Rana is based, often treat exports to other GCC countries almost like another distribution route, he tells just-food.

“Gulf countries such as Bahrain and Qatar are actually closer to Riyadh geographically than the country’s own western region. The GCC is operated as a common market, so Kuwait, Bahrain, Qatar, UAE and Oman can all be serviced without much trouble – giving factories based in Saudi Arabia theoretically access to another 16-17m consumers, in addition to exports to countries farther afield, like Yemen, Jordan or Iraq [all with Saudi borders].”

That said, players are expected to continue to benefit from Saudi Arabia’s large, young consumer base, with stronger competition helping to generate “dynamism” and drive demand, according to Euromonitor.

Silk Invest analyst Zin Bekkali talks up Saudi Arabia’s potential for FMCG companies. ”With regards to Saudi Arabia, it is uniquely positioned within the GCC region due its relatively big population size. The combination of a very young and growing population makes the case for consumer goods very interesting.”

It is the young population that drove growth in retail volume and value sales last year, Euromonitor noted in its Sweet and Savoury Snacks in Saudi Arabia research report. With a growing taste for sweet and processed food, younger consumers have moved away from a diet of fresh fruit and vegetables. Population growth, coupled with good sales development of healthier snacks, such as nuts, have also fuelled growth in the category.

However, United Biscuits is up against competition from local players in Saudi Arabia. Saudi Snack Foods Co. holds the largest share of the sweet and savoury snacks market with 30%, followed by National Biscuits & Confectionery Co. with 18%.

Both manufacturers run various different marketing promotions throughout the year, including television advertising on satellite channels and in-store promotions. Combine that with the firms’ wide availability of brands through various distribution channels, and you can understand how both companies have managed to maintain such strong shares.

According to Euromonitor, Rana’s share of the Saudi biscuit market is minor. Hartmann acknowledges Rana is an “unusual” acquisition target, he believes the initial acquisition of a relatively small facility can often turn into a “significant” expansion investment.

“There are not many independent biscuit factories left in Saudi Arabia after a spate of acquisitions, so it was probably an opportunity that presented itself and will be built on as time progresses, with United Biscuits and Ali Zaid Al Quraishi working capital being used to further the business,” he says.

United Biscuits will also face the not inconsiderable might of PepsiCo and Mondelez International in the region.

At PepsiCo’s full-year results in February, CEO Indra Nooyi was keen to point out that internationally, PepsiCo’s snacks business is “doing very, very well” – and cited in the company’s operations in the Middle East.

“Mexico, Latin America all over Western Europe, East Europe, Middle East, you name it, Asia Pacific. There is not a country in the world that our snack business is not doing well,” she told analysts.

In the firm’s third-quarter results last month, it reported 6% organic sales growth in the AMEA region, boosted by snack and beverage growth.

Ildiko Szalai, an analyst at Euromonitor, says Oreo manufacturer Mondelez will also prove stiff competition. “Every single biscuit player in every market has to face Mondelez. At the moment in total, in the Middle East and Africa, it is the market leader. And now with a more streamlined operation … the Mondelez portfolio, along with innovation and expansion, is going to cause a challenge for every other biscuit player.”

To some, the Rana acquisition could also be the first of a number of deals for United Biscuits in the wider region. Bekkali, for one, expects the firm to announce further investments in the Middle East and Africa.