UK: Schools in Leicester withdraw Halal meat from their menu 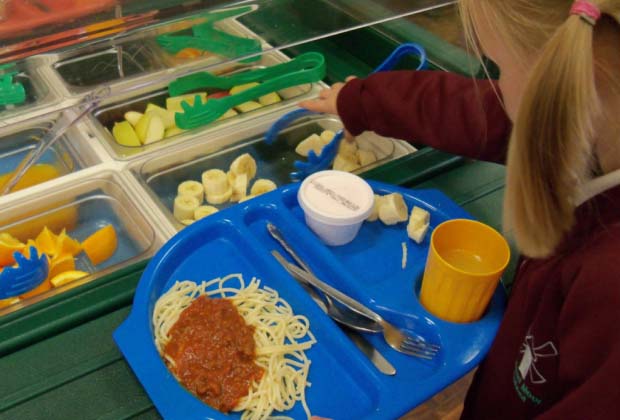 All Halal meat has been withdrawn from Leicester city schools after tests revealed a lamb kebab contained more than 50 per cent beef.

Nine schools in the city are known to have served the kebabs in their canteens.

A further eight which serve halal products have also had the supply suspended.

It comes a year after halal lamb burgers were withdrawn from city schools after tests showed one contained 50 per cent pork.

Last year, Leicester City Council said pork DNA had been found in a sample lamb burger made by another food company in Doncaster.

But extensive sampling of that company’s products showed no traces of meat other than those labelled.

The Food Standards Agency said no further action needed to be taken.

After the latest case, the city council has written to parents, staff and governors at the nine schools which were supplied the kebabs and has replaced all halal food with vegetarian and fish options as a precaution.

Vi Dempster, assistant city mayor for schools, said: “It’s not good enough another halal product has been found to have content other than listed on the label.

“We regret any distress this may cause.

“As with other meat products recently tested in Leicester, there are no safety concerns here, but we need to have confidence in the food we are buying and, for that reason, we are removing all of the halal products from our schools.

“We will be talking to schools about the future provision of halal meat meals.

“But in the meantime we are replacing them with fish and vegetarian alternatives.”

The kebabs were supplied by Punjab Kitchen, of Tyneside, but it is understood the meat is supplied by another firm. A council spokeswoman said an investigation was being carried out into the supply chain.

Yaqoob Ishaq, operations manager for Punjab Kitchen, said: “We would stress the product supplied was not manufactured by us.

“All products we manufacture meet the strict requirements for halal food and are properly labelled.

“Rest assured we are taking this matter up with the suppliers.

“We have of course suspended all orders with them until this matter is resolved.”

The test results for the kebab were received during the Easter holidays. Removal of all halal products from school menus took place on Monday. The findings have been reported to the Food Standards Agency and are being shared with other local authorities, councillors, the Federation of Muslim Organisations (FMO), and the Muslim Parents Association of Leicester.

Suleman Nagdi, spokesman for the FMO, based in Highfields, Leicester, said: “We need assurances the local authority is doing the right thing and parents know the food their children are receiving is what it says it is.

“The council needs to take action and hit these firms in the pocket through legal proceedings.

“It’s very sad that in this day and age that seems to be the only way to make them take responsibility.”

Halal lamb burgers supplied to 19 schools by Paragon Quality Foods were withdrawn last April, due to pork in a sample.

However, that was disputed by the Doncaster firm, which said independent tests it commissioned revealed the burger did not contain any pork.

UK: Schools in Leicester withdraw Halal meat from their menu
By Fiona Dryden, Leicester Mercury All Halal meat has been withdrawn from Leicester city schools after tests revealed a lamb kebab contained more than 50 per cent beef. The decision by Leicester City Council followed DNA tests on a halal lamb sheek-kebab. Routine testing in the Easter holidays found a problem in one halal lamb sheek-kebab product, Leicester City Council said. As a precautionary measure, the council removed all halal meat products from its school menus with immediate effect. Halal meat products are being replaced with vegetarian and fish options. Nine schools in the city are known to have served the kebabs in&hellip;