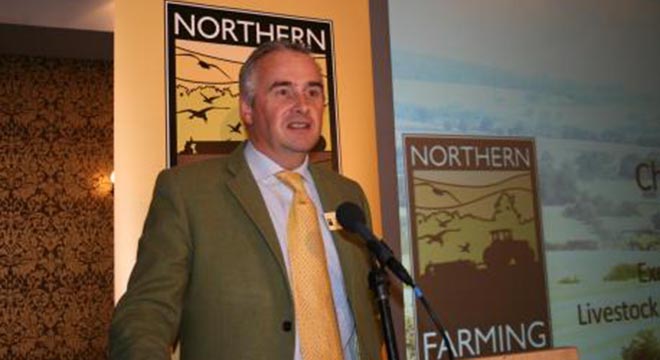 CHRIS Dodds, executive secretary of the Livestock Auctioneers Association, urged farmers to look for new opportunities to increase their sales.

He highlighted the Halal trade as offering “a massive potential” with its two million Muslim and six million non-Muslim Halal meat-eaters.

“We must also remember the buoyant export market, and there are major opportunities for growth in countries such as China and Russia,” he said.

Robert Sullivan, of the Strutt & Parker farming department, said farmers must understand the exact economics of running their farm.

He said: “Not enough people know the actual cost of ploughing a field, the cost of running a tractor and paying someone to drive it.

“Don’t do something in the short term which you wouldn’t do in the long term. Make the right decision rather than the easy decision, take the risk out of your business and constantly reassess where you are going.”