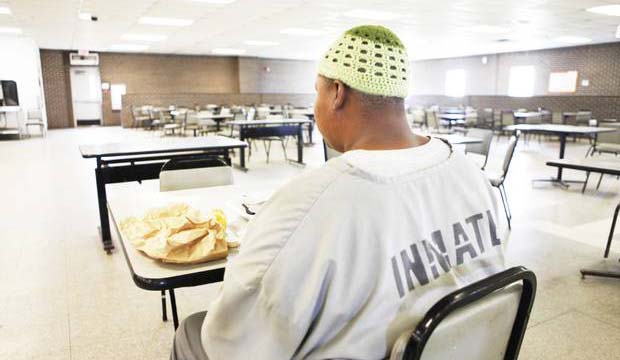 An Islamic rights group is calling on Florida’s Department of Corrections to offer halal food to Muslim prisoners after a court mandated that kosher food be served again to Jewish inmates.

“It is only fair and equitable that if Jewish inmates receive kosher food, as they should, that Muslim inmates have access to halal meals,” Hassan Shibly, executive director of Florida’s Council on American-Islamic Relations, said in a press release.

The organization said that it had received “numerous complaints” from Muslim inmates wanting halal food, which adheres to Islamic dietary laws, and that it had Muslim businesses at the ready to provide assistance. The group already offers a guide on Islamic practices for corrections officers to “gain a better understanding of Islam and Muslims.”

The advocacy coalition has taken its cause to other states as well. Last year, the Michigan chapter sued the Department of Corrections for refusing to provide an “adequate diet” during Ramadan, according to the release.

If need be in Florida, CAIR is prepared to mount a challenge there, too.

“We have been trying to amicably resolve these issues for 2 1/2 years to avoid a lawsuit but will be taking legal action within the next year if they do not comply,” Shibly told The Huffington Post in an email.

In December, a federal judge issued a temporary ruling that Florida resume dishing out kosher meals by July 2014 until a Department of Justice lawsuit to reinstate the kosher meals is brought to trial, the New York Times reported. Florida stopped serving kosher meals in 2007, partially citing the expense.

Shibly said halal meals would cost about a third of kosher meals.

Last year, CAIR’s Michigan chapter filed a lawsuit on behalf of several Muslim inmates against the Department of Corrections for the denial of an adequate diet during the yearly month-long fast of Ramadan