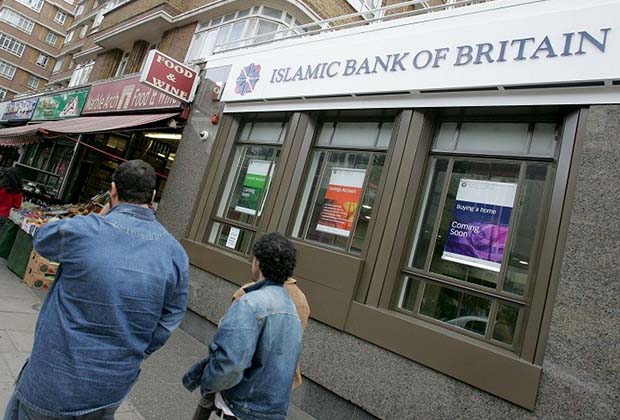 The UK has a growing Islamic finance industry and wants London to become a global hub. Now Help to Buy will include mortgages for Muslims. HPPs split ownership of a property between the borrower and their bank, a financing arrangement that accords with Islamic law that prevents Muslims from using conventional mortgages that see borrowers paying interest to a lender.

Britain’s mortgage-easing scheme Help to Buy has been extended to include Islamic mortgages. The scheme was launched today and will enable Sharia compliant banks, such as IBB, to offer UK Muslims affordable home finance.

It comes amid efforts by the government to turn London into a global hub for Islamic finance.

Help to Buy is a stimulus package for the mortgage market. It includes a government guarantee for banks on their mortgage lending and interest-free equity loans for first-time buyers.

From Tuesday home buyers will be allowed to use Home Purchase Plans (HPP) to access the scheme, meaning that Muslim borrowers who want a Shariah law compliant mortgage will be able to use the facility.

HPPs split ownership of a property between the borrower and their bank, a financing arrangement that accords with Islamic law that prevents muslims from using conventional mortgages that see borrowers paying interest to a lender.

Sajid Javid, Financial Secretary to the Treasury, will launch the updated scheme this morning at an Islamic finance conference in London as the UK attempts to become a major centre for the growing market for Shariah-compliant finance.

“The Help to Buy extension builds on the government’s commitment to support the UK Islamic finance market…and retain London’s position as the premier western Islamic financial centre,” said the Treasury in a statement.

Islamic mortgages with Help to Buy support will be offered by the Islamic Bank of Britain.

“I am delighted Home Purchase Plans will now be available under the Help to Buy scheme. This gives even more choice to hardworking families across the UK trying to fulfil their home owning aspirations,” said Mr Javid.

Under Islamic finances rules, the paying and receiving of interest is not allowed.

The mortgages will work by the bank owning the property and the buyer paying them in stages until they own it, as well as rent on top.

Britain’s government has already launched the first ever sovereign sukuk – bond – outside of the Islamic world. The tranche of UK government sukuks is worth £200m.

At the event, Prime Minister David Cameron pledged to make the UK a more accommodating environment for Muslims by ensuring the Islamic finance infrastructure is in place.

“We have already removed the double tax on Islamic mortgages and extended tax relief on Islamic mortgages to companies as well as individuals, and just last week we made new commitments to open up new forms of student loans and business start-up loans for Islamic students and entrepreneurs,” he said.

“Let me be clear what this means. Never again should a Muslim in Britain feel unable to go to university because they cannot get a Student Loan – simply because of their religion.

“Never again should a Muslim in Britain feel unable to go to start a business because they cannot get a Start-up Loan – simply because of their religion.

“The message is simple: Britain is a country ready to welcome your investment, a country that values your friendship, and a country which will never exclude anyone because of their race, religion, colour or creed.”

Globally, the Islamic finance industry is forecast to be worth $2.6tn (€1.9bn, £1.6bn) by 2017. It has grown by around 30% each year since the millennium and consultancy firm Oliver Wyman predicts that there will need to be at least 150 Islamic finance institutions by 2020 to meet the ever-growing demand.

There are more than 20 UK banks offering Sharia-compliant products, such as HSBC and RBS.

The scheme has drawn criticism and has been accused of fuelling a property bubble, particularly in London and the south east of England.

Last month, the Bank of England was forced to deny claims that its Governor, Mark Carney, had been pushing to limit the scheme and wanted to reduce the valuation threshold.

The International Monetary Fund last year questioned the wisodom of Help to Buy, warning that it could do more harm than good.

Members of the Treasury Select Committee has also criticised the scheme and the idea of encouraging buyers with a deposit of as little as 5pc from borrowing money to buy a property.

The Government has denied Help to Buy is stoking a property boom and has the said is designed to help new buyers on to the property ladder.

Previous: Opinion: Challenges for private equity in Halal industry
Next: Brunei: Halal centre to be operational by July 2014