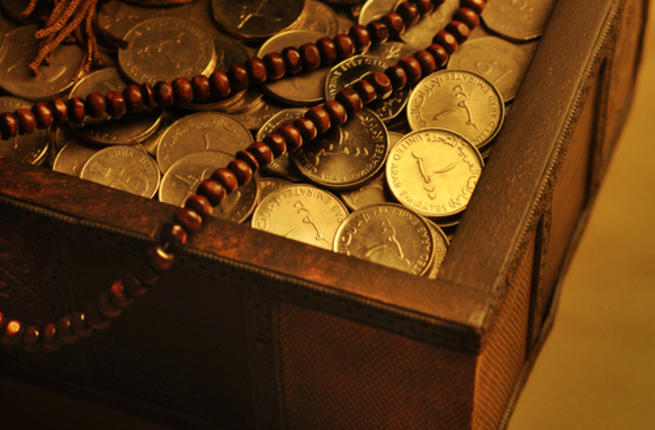 “Considerable potential exists for expansion of the Islamic finance industry worldwide, although appropriate legal and regulatory structures are crucial for its development in individual countries.”

TheCityUK’s UK Islamic Finance Secretariat (UKIFS) has launched a report which indicates that Islamic finance assets world-wide continued a long run of growth to reach an estimated $1.46 trillion in 2012. UKIFS’ findings demonstrate that Islamic finance has shown resilience despite the slowdown in the global economy and the pressure on conventional banking in Western countries. By contrast, global assets of Islamic finance have doubled since the start of the economic downturn.

The report, launched ahead of the World Islamic Economic Forum held in London on 29-30 October, also predicts that the industry is set to grow significantly in the years ahead. The Muslim population numbering some 1.6 billion, accounts for around a quarter of the global population, but Shari’ah-compliant assets make up only around one per cent of the world’s financial assets, showing a wide margin for growth. Islamic funds, for example, reached a new high of $74bn in 2012, with the available pool about seven times larger at over $500bn. Even so, competition is fierce, with average management fees worldwide for Sharia compliant assets down from 1.5 per cent to 1.0 per cent over the past six years. At the current rate of growth, the market could top $2 trillion in assets by the end of 2014.

London is the leading Western participant in this evolving global market with over twenty UK based banks providing Islamic finance services, of which six are fully Shari’ah compliant. This is more than in any other Western country. The UK benefited from a globally buoyant Sukuk market in recent years, with issuance up two thirds in 2012 to $139bn. This has remained strong with $59bn issued in the first half of 2013. This was reflected in 14 new Sukuk listings on the London Stock Exchange since 2012. There are now 49 Sukuk with a combined value of $34bn listed on the London Stock Exchange. Additionally, seven exchange traded funds and two exchange traded products are also listed on the London market.

“Institutions in the UK have been providing Islamic financial services for 30 years. Our report once again shows that the UK continues to maintain its position as the leading Western provider of Islamic finance. This has been acknowledged by the World Islamic Economic Forum hosting their 9th forum in London in 2013, the first time this major international conference has been held outside Asia.”

In the UK, banks providing Islamic finance, sukuk issuance and exchange traded products are supported by the wealth of professional advice for Islamic finance deals and transactions. This includes over 25 major law firms and the largest four professional services’ firms – an infrastructure that has yet to be seriously rivalled by any other European financial centre. The UK is also making an increasing contribution to the development of Islamic finance education and skills, with four professional institutions and over 16 universities and business schools offering qualifications.

Cummings said, “Considerable potential exists for expansion of the Islamic finance industry worldwide, although appropriate legal and regulatory structures are crucial for its development in individual countries. The work that is now being undertaken through UKIFS is looking to address these issues by creating more efficient structures and processes and applying greater innovation to drive market development.  We look forward to continuing our work with Government to encourage inward investment via Islamic finance and to extend the UK’s advantage as the leading western hub for Islamic finance.”

Previous: Finding the direction of Qibla using traditional and modern ways
Next: Opinion: The rise of Islamic finance has exciting implications beyond the Muslim world