UK: Halal meat sector could get own assurance scheme

By Julia Glotz, The Grocer 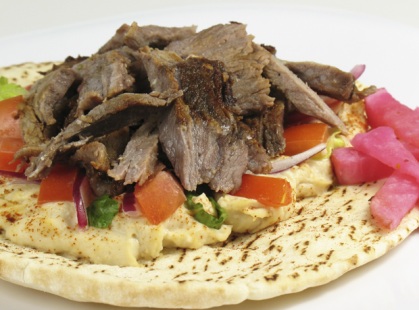 Halal meat could get its own assurance scheme, Eblex has said.
Image Credit – The Grocer

The halal meat sector could soon get its own assurance scheme, with red meat levy body Eblex currently working on draft proposals ahead of an industry meeting next month.

It plans to present initial ideas for the scheme at its first red meat halal forum in Warwickshire on 24 October, where the industry will also discuss future priorities for Eblex’s work on halal meat, new consumer research into attitudes to halal and upcoming changes in legislation.

The meeting will also see the screening of a new educational film designed to highlight and explain differences in approaches to religious slaughter.

Following the forum next month, Eblex plans to launch a consultation on its assurance scheme proposals, with a view to holding another meeting in early 2014 to review responses and “look at the main issues within the sector and where levy money can best be used to add value”.

Eblex chairman John Cross added: “The halal sector is a very diverse one, and it is vital that we get input from all areas to enable us to come up with informed work streams that are of real benefit to those working within it. The whole event is designed to be open. Anyone with an interest in the sector is welcome, and we hope it will lead to some constructive conversations that we can use to shape our activity.”

A spokesman for Eblex declined to give more details about its proposed assurance scheme ahead of the meeting.

At present, halal products in the UK are not certified centrally or by the government but rather by private bodies, which are frequently at loggerheads over standards, particularly on controversial issues such as pre-slaughter stunning.

Further fuel was added earlier this year during the horsemeat crisis, when tests on meat products revealed traces of pork DNA in some halal-certified products, including meat pasties supplied to prisons.