UK: Fancy Camel milk in your tea, one hump or two? 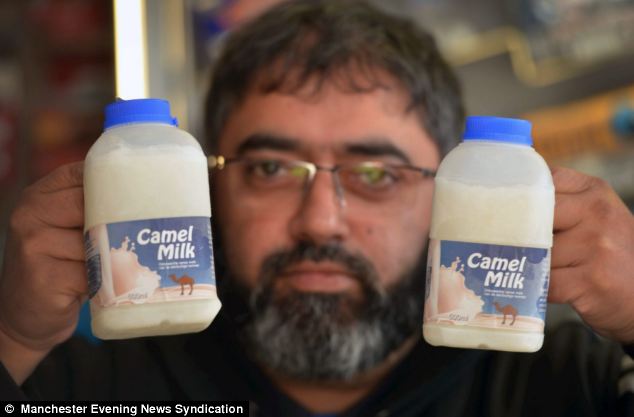 Selling for £6 a pint, the milk – which comes  in one-pint containers – is imported from a camel farm in Holland by shopkeeper Lyaket Hassan. He began stocking the drink after a regular customer came in asking for it.

And since he started importing it to his Jumbo Express shop in Moss Side, Manchester, he has seen the drink’s popularity soar.

He now has a core group of customers who come to buy the rare milk, which is sold frozen, from him every week.

A traditional drink in Middle Eastern countries, camel milk is becoming increasingly popular as a health supplement or replacement for cow’s milk.

Promoted by the American-based Camel Milk Association, it is believed to be the most similar animal milk to human breast milk.

It is also a rich source of insulin, making it popular with diabetes sufferers. 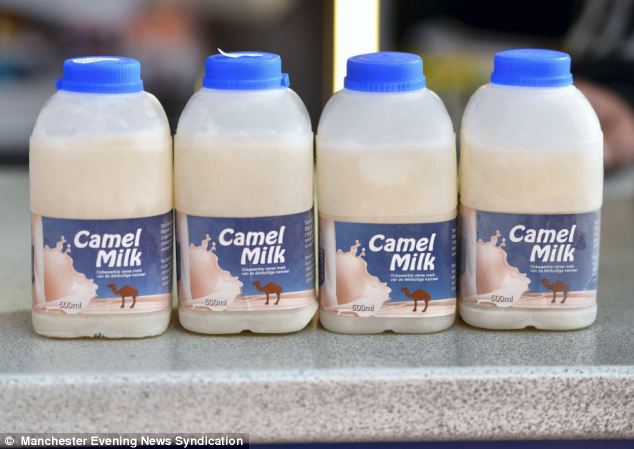 The corner shop, in Moss Side, Manchester, wants to find a way of selling the milk, from the Netherlands, for less than £5 a pint

Mr Lyaket, 42, who has run his shop for eight years with business partner Anjum Aslam, said: ‘We started stocking it a few months ago when a few people came in asking for it – up until then I knew nothing about it.

‘We want to find a cheaper way so we can offer it for under five pounds a pint.

‘Unfortunately there’s not many local camels around here.’

THE HEALTH BENEFITS OF CAMEL MILK 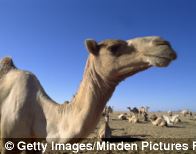 Camel milk can be drunk by some people with lactose intolerance

Camel milk, which is said to be closer to human milk than any other milk, has a number of health benefits for those who choose to drink it.

It is rich is vitamins and minerals, especially vitamins B and C, and iron.

The drink also has antibacterial and antiviral properties.

Further, the milk is a rich source of insulin, making it a great treatment option for Type 1 and Type 2 diabetes sufferers.

According to the Camel Milk Association, a month-long study showed that people with Type 1 diabetes who drank almost a pint daily improved their blood glucose levels.

Camel milk is also a good source of protein, and can often even be drunk by people with lactose intolerance.

Currently, it may not be the most popular milk in the world, but it does offer benefits that cow and goat milks do not – including lower cholesterol levels.

Traditionally popular in the Middle East, the milk has become popular in the Netherlands and Belgium in recent years where it is generally sold in organic shops.

Previous: Australia: Garlo’s Pies global, targeting the US and UAE
Next: Islamic Finance: Should The UK Sit Up And Take Notice?