UK: EBLEX assurance scheme could clear up confusion regarding halal 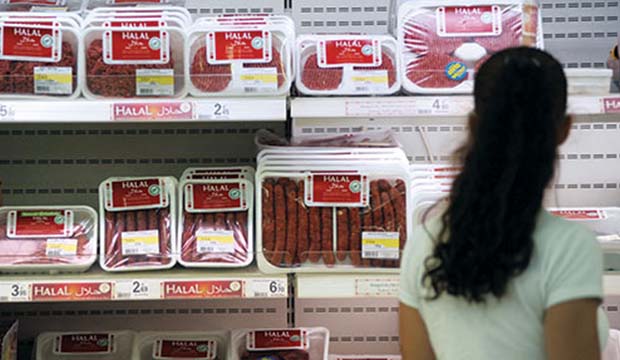 EBLEX has tabled proposals that are designed to capitalise on the lucrative domestic and international markets for halal beef and lamb. It could be a boost for Britain’s livestock farmers, but concerns over welfare continue to cloud the debate, as Ben Pike reports.

The constant drive to expand the potential market for British beef and lamb could soon result in a new halal assurance scheme being launched by EBLEX.

Industry views have been sought on whether on-pack labelling of halal beef and lamb would be supported and how the scheme could be administered within the supply chain.

Central to the plan is introducing transparency to a sector that is shrouded in controversy and confusion relating to the slaughter of animals.

Within the Muslim religion, an animal must have its throat cut while it is still alive. This means some followers of the faith do not accept animals that have been stunned prior to slaughter as halal.

In British abattoirs, nearly all cattle and sheep are stunned prior to slaughter to comply with EU law, but a derogation exists that allows ritual slaughter without pre-stunning.

What EBLEX is proposing through its Halal Forum is to introduce two logos – one for stunned beef and lamb and one for non-stunned – which would appear on packaging on supermarket shelves as well as butchers’ shops.

The assurance scheme is likely to run on an audit basis – similar to the existing Quality Standard Mark – and could include on-site assessors and ad-hoc inspections to regulate the scheme.

All the meat will still be labelled as halal but the levy body’s Dr Phil Hadley said it will give consumers the choice to decide which slaughter technique they find acceptable.

“Our research shows that Muslims are looking for transparency in the market, and stunning is a key issue,” Dr Hadley said. “Some are quite happy with stunning but others vehemently oppose it so an on-pack logo leaves no room for uncertainty.”

The potential Muslim market in numbers

How sheep and cattle are stunned in uk

EBLEX’s reasons for paying so much attention to the halal market is fairly clear. Muslims account for about 5% of the population of England and Wales – 2.7 million people – and the young, increasingly affluent demographic spends a significant proportion of its disposable income on food. Lamb, poultry and, to a lesser extent, beef play a central role in the numerous religious festivals celebrated within the faith.

It is estimated that Muslims eat up to 30kg of protein a year – around the same as non-Muslim consumers – but the protein intake is principally lamb and chicken. Halal beef is a much smaller, but expanding market.

The introduction of the logos could also grow export markets to France and Germany, where the Muslim population is greater than in Britain.

“Second- and third-generation Muslims are looking for a variety of meats – kebabs, burgers, beef and lamb sausages – so there’s some product innovation opportunities there, too,” Dr Hadley added.

But first the industry must get over the stunning stumbling block.

“Most consumers and some farmers think halal means slaughter without stunning but that’s not the case,” Dr Hadley said. “A Food Standards Agency survey in 2011 showed that of our weekly kill of lambs, 50% were conventionally slaughtered, 40% were halal stunned and 10% were halal non-stunned. That means that 80% of all halal sheep were stunned.

“You can’t underestimate the importance in the market for levy payers, but it does present some challenges for producers. One of the calls we get is from concerned farmers who fear the animals they are producing are not being slaughtered in the best possible fashion. That may present the farmer with an ethical dilemma.”

Tim Jones, chairman of NFU’s sheep group, farms at Tenbury Wells, Worcestershire, and sends as many as 500 animals to the Euro Quality Lambs (EQL) abattoir in Shropshire each year.

“When you look for an abattoir you want the best market for your lambs and ours happens to be a halal slaughterhouse. I would prefer my animals to be stunned before slaughter. There are a lot of halal standards out there so a bit of standardisation and transparency would be good.”

The number of standards that Mr Jones refers to is another reason for the proposals. The sector already has a number of halal certifiers – some accepting stunning, others not – leading to confusion for the customer over what they are buying.

Rizvan Khalid runs the EQL plant that Mr Jones supplies, killing about 12,000 lambs a week, largely for export into Europe’s halal and non-halal markets. The default slaughter method at the family-run abattoir is using the same electric head-stunning method employed by mainstream abattoirs, but he also offers his customers non-stun slaughter.

He has helped to shape EBLEX’s proposals and thinks the assurance scheme would offer clarity. “I’ve got no issue with non-stun but I’m more than happy with stunning, too,” he told Farmers Weekly.

“What I’m interested in is people believing things based on evidence. At the moment, people don’t know where to turn – whether you’re a Muslim consumer or an abattoir wanting to supply halal, it’s really hard to navigate through the myths to the facts.

But Saqib Mohammed, the acting chief executive of the Halal Food Authority (HFA), has questioned whether EBLEX’s proposals will work. His organisation certifies 12 large-scale halal lamb and poultry slaughterhouses and is calling for an awareness campaign to explain the different stunning techniques (see above) to shoppers before any on-pack labelling is introduced.

“People don’t know the difference between the stunning techniques. Some Muslims will say that because it is stunned that makes it non-halal straight away – this is the market that it’s going to jeopardise.”

He also questioned how the accreditation scheme, which would allow abattoirs to use the logo, would be administered.

“Unless they [EBLEX] sort these two issues I don’t think this scheme can be launched,” he said.

But John Blackwell, president elect of the British Veterinary Association and practising vet, supports the proposals.

“I think the proposals are all about choice – if people want to consume halal and they don’t have a strong opinion about stunning then they have a freedom of choice to do that. Our position remains that animals should all be stunned prior to slaughter such as that they’re rendered insensible to pain at the point of death.

“All the evidence I’ve seen and interpreted suggests there is a welfare issue associated to the perception of pain during the period between the throat being cut and the animal’s loss of sensibility.”

Mr Blackwell’s view is one shared by the RSPCA and other animal welfare groups, which have repeatedly called for an outright ban on non-stun slaughter.

Dr Julia Wrathall, head of the RSPCA’s farm animal science department, said: “We want to see all animals rendered unconscious before slaughter. Until that time we are calling for clear labelling so shoppers are armed with information that can enable them to make an informed choice about whether they buy meat from animals which have not been stunned before slaughter.”

EBLEX said that it will only oversee the beef and lamb scheme and that it is not aware of any similar movements in the poultry market. The levy body is now studying the responses to its consultation before the next Halal Forum, which is expected to take place in March.