UK: Demand for Halal turkey on the rise 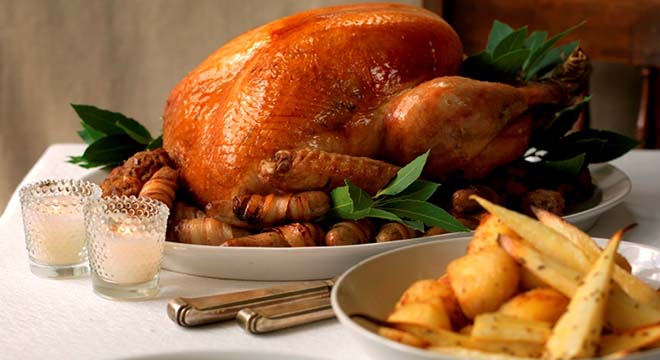 Covered in blood and Urdu script, the traditional halal butcher’s shop has catered to generations of Britain’s Muslims – serving up a platter of chicken, lamb and beef to mostly foreign-born customers.

But in a sign of changing consumer habits, they have taken to selling halal turkeys, as growing numbers of practising Muslims gobble up roast turkeys for Christmas dinner on the Christian feast day.

Demand has taken many suppliers by surprise.

“I was shocked there was a market at all,” said Paul Kelly, managing director of Kelly Bronze Turkeys.

Ben Bayer, an executive at wholesaler DB Food, says there is “huge demand” for halal turkeys, but they are unable to meet it, as the UK’s biggest halal assurance body, the Halal Food Authority, does not yet certify any turkeys as halal.

Muslim butchers instead mostly import halal turkeys from Ireland and Italy. These are now even available at Smithfield Market in London.

A Financial Times survey of 20 halal butchers based in London, Lancashire and Essex found that over half sold halal turkeys in December – some for the first time this year.

JR Butchers in Tooting says it is on track to sell 2,500 turkeys this December – a 4 per cent rise on last year.

It is relatively recently that turkeys have waddled into the UK’s £2.6bn halal meat market, as estimated by the World Halal Forum, which is growing exponentially as the Muslim population grows.

Turkeys are representative of the flush nature of an expanding market, which Javed Rashid, a partner at JR Butchers, describes as “the high end of halal”. It encompasses increasing Muslim demand for halal geese and halal free-range products.

“These are home-grown Muslims with a higher disposable income than their parents’ generation and are more at home with British customs – without compromising their faith,” said Noman Khawaja, founder of the Halal Food Festival who uses the term “haloodie” to describe these new halal “foodies”.

Businesses are increasingly catering to this market. Mr Rashid aims to give his customers “an education in meat, which old-fashioned halal butchers are unable to provide – they lack the product knowledge”.

Fast food outlets have long served halal meat in areas with a high Muslim population. Now more upmarket restaurants, from the PizzaExpress chain to China Tang in Mayfair, have halal menus, too.

John Man, senior manager at China Tang, believes that it is important the luxury restaurant “reflects its customer profile”, adding that “the quality of halal meat is always good, when other meat sometimes fails to meet our standards”.

Previous: Indonesia: Experts in Innovation and Marketing Speak to 5,000 in Indonesia
Next: Canada: Say hello to halal