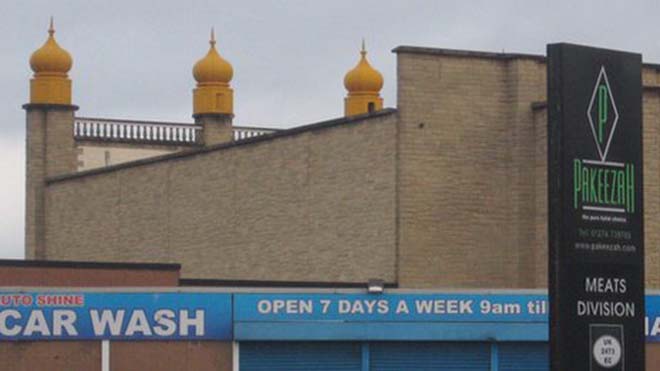 Members of a Sikh community in Bradford have applied for a judicial review to challenge plans for a halal meat plant next door to their local temple.

But the decision angered worshippers at the Guru Gobind Singh Gurdwara as many of them are strict vegetarians.

The plans have now been effectively put on hold until the row is settled at the High Court next year.

Lawyers acting for the Sikhs have lodged an application for a judicial review but the High Court’s decision on whether to grant the review is not expected before next summer.

Barrister Kuljeet Dobe, who is representing the Sikh objectors, said: “A decision won’t be reached soon, but at the very least we have delayed Pakeezah’s meat plant by at least 12 months.

“How would Muslims attending a mosque feel if there was a sausage factory next door?” Jatinder Singh a Gurdwara worshipper

“Bradford council have told the company not to start work until the judicial review decision is made.”

At Bradford council’s area planning panel meeting on 13 August, councillors heard that more than 200 members of the local Sikh community had lodged formal objections to the plans.

They said the proximity of the gurdwara’s kitchen to the proposed meat plant” undermined the sanctity of worship”.

Jatinder Singh, a regular at the temple, said it was “deeply offensive” and people felt hurt. Another worshipper asked: “How would Muslims attending a mosque feel if there was a sausage factory next door?”

Despite the objections, councillors approved the plans.

Pakeezah owner Tariq Haq, who has run the business for more than 16 years, said: “We’ve been through the protocol and they [the council] have passed it so this should be the end.” 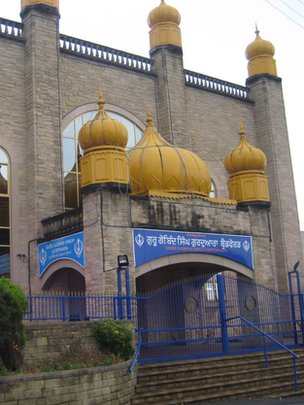 He said the premises had always had a meat processing area, which would be extended under the plans, but still leave enough distance between the supermarket and the temple.

“There were rumours that it was going to be a slaughterhouse which would have affected the temple but we would never dream of doing that,” said Mr Haq. “They won’t see or smell anything.”

However, the Sikh objectors still argue it is too close to their place of worship.

Nirmal Singh, chairman of the board of representatives of Bradford Gurdwaras, said: “We feel they [the council] haven’t taken into account the philosophical and theological points that were presented to them in a detailed report. We want the decision reverted.”

Inter-faith representatives from the Diocese of Bradford and the Muslim Council of Mosques have also met Sikh leaders in an attempt to reach a compromise.

Guru Gobind Singh Gurdwara president Kaldeep Singh Duway said: “If we let this one through now it will set a precedent for all places of worship.

“This could happen to a church or a mosque so we need to be unified.”

Muslim Council of Mosques spokesperson Zulfi Karim said the meeting had been very positive but more needed to be done.

“Further dialogue is needed with the various faith groups as well as the wider community and politicians.”

Previous: Opinion: Islamic finance and Halal industry to do list 2014
Next: Thailand: Islamic Committees from 15 southern provinces organize a forum