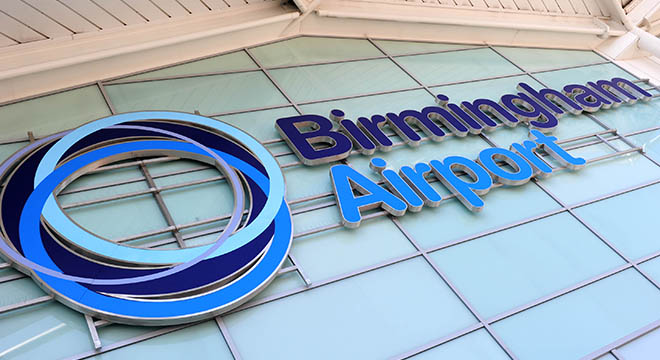 Birmingham Airport has added to its food & beverage offer with the opening of Deli Hub, an outlet serving Asian street food.

Things are hotting up at Birmingham Airport as a new deli serving traditional Asian street food has opened its doors to passengers inside the terminal.

Inspired by authentic Asian flavours, Deli Hub by Kababish is the latest addition to the Airport’s impressive list of eateries, giving passengers even greater choice before they fly.

Boasting a Halal menu that includes great tasting sub-continent street food classics like pakoras, samosas and chaats, passengers can also create their own mouth watering deli naan wraps, with a wide range of fillings and sauces to choose from.

Deli Hub, an extension of well-established Birmingham based Kababish restaurants, boasts a Halal menu and sub-continent street food classics such as pakoras and samosas. Passengers can also create their own deli naan wraps with a wide range of fillings to choose from. 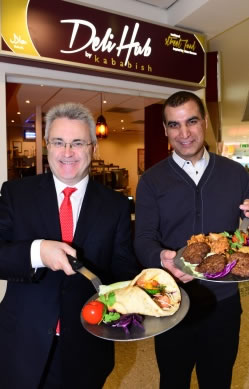 Martyn Lloyd, Commercial Director at Birmingham Airport, said: “We’re pleased to welcome Deli Hub to Birmingham Airport, which I’m sure will prove to be tremendously popular with our passengers, especially for those who like their food a little bit spicy.

“We hope the Asian inspired decor and authentic street food menu will create an exciting atmosphere inside the terminal. The great tasting food will speak for itself.”

Kababish Managing Director Sydd Sadiq commented: “Deli Hub is a new and exciting concept for us, featuring some of the dishes and ingredients that have become so popular at our Kababish restaurants in Moseley and Sutton Coldfield. We’re delighted about this latest venture with Birmingham Airport and we have every confidence Deli Hub will be a big success here.”

Deli Hub is located inside the terminal and is open seven days a week between 10am and 10pm.