Emirate’s strong network of logistics facilities and services in place could make it a global hub for Halal industry
Besides Islamic finance, big opportunities lie in Halal food and lifestyle and travel sectors 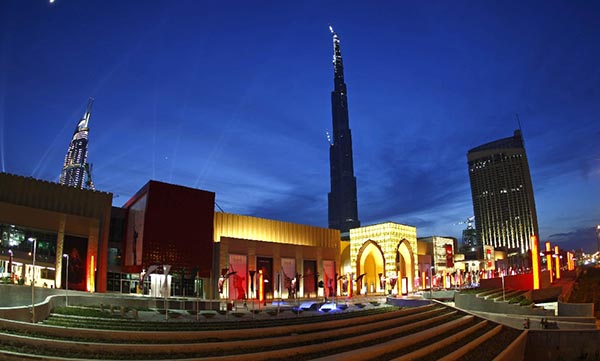 Dubai: While there are various major centres of Islamic economy — all in Asia — Dubai could emerge as the leader in the next phase of the evolution of Sharia compliant sectors, including finance and insurance, Halal food and lifestyle, and travel, according to a summary of Thomson Reuters’ first State of the Global Islamic Economy Report 2013, which will be released on Monday at the first Global Islamic Economy Summit in the emirate.

Malaysia, considered to be the strongest centre of an all-round Islamic economy sector, may have reached a point of “stagnation” and so, Dubai, with a clear vision of establishing itself as the centre of a global Islamic economy, looks likely to be the one with the biggest potential, says the Report summary. The other major centres are Saudi Arabia, Turkey and Indonesia.

In fact, On October 5, His Highness Shaikh Mohammad Bin Rashid Al Maktoum, Vice-President and Prime Minister of the UAE and Ruler of Dubai, unveiled a strategic plan for “capital of Islamic economy” for the emirate. The plan includes seven key pillars and 46 strategic initiatives to be implemented within three years.

Sami Al Qamzi, Director General of Dubai’s Department of Economic Development and vice chairman of the Supreme Committee of the Dubai Islamic Economy, told Gulf News that the aim of Shaikh Mohammad’s initiative to make Dubai a global capital for the Islamic economy is to bring long-term benefits to the economy as a whole.

“The continued developments and changes in the global economy increase the need to constantly diversify the structure of our national economy,” said Shaikh Mohammad at the time, according to WAM. “Our firm principle in the UAE is not to rely on one single economic resource or sector. The Islamic economy is not new to us, in fact, we have accumulated considerable expertise in this field and our aim is the global arena.”

“We expect it to gather momentum over time,” Al Qamzi said. “Dubai, being a pioneer in many forward looking initiatives, is looking to capitalise on its inherent strengths to develop a new economic paradigm that would not only add value to our economy but also potentially offer solutions to global economic issues.”

Globally, opportunities for Islamic capital lie not just in furthering Islamic Finance, which is now well established across geographies, but also, identifying other sectors of the economy, including Halal food and lifestyle and Muslim travel, the potential of which could make the Sharia compliant economic system a competing alternative, according to the report summary. 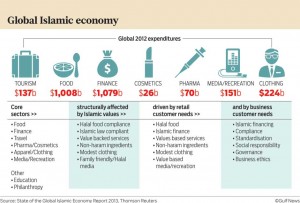 In the Islamic financial assets arena, “currently estimated to be $1.35 trillion in total disclosed assets (2012) and growing at 15 to 20 per cent a year in most core markets,” the report further states that the potential of this sector could go up to $4.1 trillion.

“While these Islamic economy sectors are potentially large in size, the synergistic opportunities for growth and investments are larger and could even be a necessity in true realisation of their individual visions,” the Report’s author Sayd Farook, Global Head Islamic Capital Markets at Thomson Reuters, said in the statement released today.

The key drivers that are shaping the growth of the Sharia-based economy comprise four each on the side of the Islamic market and four global ones.

And Dubai emerging as a hub in Halal and lifestyle as well as Muslim tourism sectors is highly likely because of the way it has diversified its economy.

In two years Dubai could make a trusted name for itself in the Halal industry, according to Jasem Mahadik, project Manager at Al Maali Trading and Consultancy, an Islamic Finance solution provider.

Dubai’s development of a strong network of logistics facilities and services for the production of Halal products could make the emirate a global hub for this industry, he said.

“In a very short time Dubai will establish a centre for Islamic economy standard and certification which will make the emirate a reference for the issuance of global governance standards,” Mahadik added.

“While these Islamic economy sectors are potentially large in size, the synergistic opportunities for growth and investments are larger and could even be a necessity in true realisation of their individual visions,” the report’s author Sayd Farook, Global Head Islamic Capital Markets at Thomson Reuters said in the statement released today.