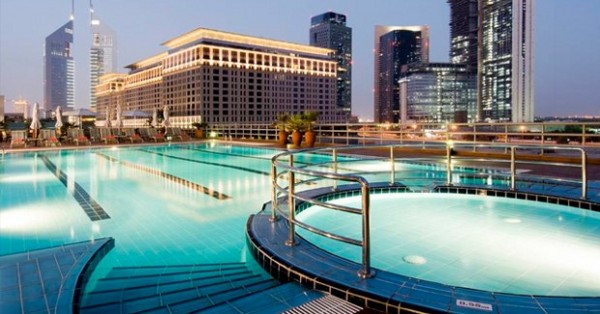 The alcohol-free Rose Rayhaan hotel in Dubai, is one of many such hotels.

Dubai has long been known as the playground of the Middle East, where Westerners can drink in some of the flashiest bars in the world.

But hotels are increasingly choosing to become alcohol-free zones in a bid to tap into the growing, and often lucrative, Islamic market, Dubai Chamber of Commerce and Industry president and CEO Hamad Buamim said.

Alcohol can be legally served in licensed hotels and sporting venues across the emirate and the liberal laws attract tourists and expats by the droves.

But Buamim said the increase in the number of Muslim tourists, especially those cashed-up and coming from wealthy oil states such as Saudi Arabia, Kuwait and Qatar, meant some investors were changing tact.

“Certain hotels have started in the last few years where, for example, they don’t have alcohol served in the hotel,” he said.

“This is by itself kind of qualified them, if we were to label them, to be halal hotels. But we’re starting to see more and more of these ones.

“I would say the encouragement is really the investors themselves. Everybody nowadays they talk about Saudis as the biggest market coming to Dubai … and most of us known that Saudis, especially families, they like hotels with such [halal] labels.

“I know they are limited but they are expanding. There is nothing from the government saying that ‘we need this much’ but we encourage investors to consider something like this.”

The number of alcohol-free hotels remains a tiny percentage of the total rooms in Dubai but Buamim said at least one-third of all the tourists arriving were from Muslim countries.

“Of course Muslim tourists are not necessarily in such [alcohol-free] hotels but this is becoming an opportunity,” Buamim said.

“I remember Dubai always being marketed overseas with a certain lifestyle, maybe this can be also boosted more by going to other markets and marketing Dubai with different images.”

Other cities, including places like London, also are beginning to tap into the Islamic travel market.

“Imagine the influence that catering to the Muslim markets can have on types of tourism, whether it’s in Dubai or it’s in the UK or it’s in America,” he said.

Other Gulf cities already have numerous alcohol-free hotels as well as dry zones.

Kuwait and Saudi Arabia are completely dry, while in December 2011 alcohol was controversially banned at Doha’s Pearl Qatar.

The ban has been blamed for subsequent falls in revenue and numerous restaurant closures months later, including an eatery owned by international chef Gordon Ramsey.

A similar story from the  DOHA NEWS By SHABINA KHATRI

As more wealthy tourists from Saudi Arabia, Kuwait and Qatar begin flocking to the UAE for leisure purposes, some hotels have started catering to them by not offering alcohol in their buildings, an Emirati business official has said.

The push to become Muslim-friendly comes largely from investors, according to Dubai Chamber of Commerce and Industry president and CEO Hamad Buamim. Speaking to Arabian Business, he said:

“Everybody nowadays they talk about Saudis as the biggest market coming to Dubai … and most of us known that Saudis, especially families, they like hotels with such [halal] labels.

I know they are limited but they are expanding. There is nothing from the government saying that ‘we need this much’ but we encourage investors to consider something like this.”

Buamim added that the number of alcohol-free hotels in Dubai remains small, but the market has a lot of potential because at least one-third of all tourists coming into the UAE hail from Muslim countries.

Alcohol is largely banned in Saudi Arabia and Kuwait, and not widely available in Qatar, though residents are allowed to imbibe at five-star hotels. Those with liquor permits can also purchase alcohol for home use from the Qatar Distribution Company.

Alcohol used be available in restaurants at the Pearl-Qatar, until a ban was instituted on the island in December 2011. The prohibition has been blamed for tumbling sales at restaurants on the island, with Gordon Ramsay calling the regulation “a turn-off” after closing his restaurant Maze.

However, Ehab Kamel, general manager of retail leasing at the Pearl, said earlier this year that the alcohol ban has actually increased foot traffic there. 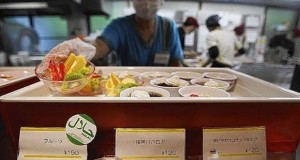