By John Gilbert, The Malaysian Reserve 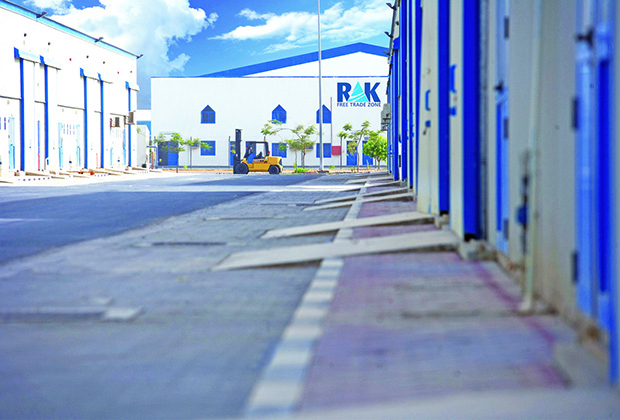 With Dubai, the capital city of the UAE moving to position itself as the global hub for halal products, RAK FTZ, which is located less than an hour’s drive from Dubai International Airport and 90 minutes away from Jebel Ali Sea Port, offer easy connectivity for import and export activities for halal products.

“RAK FTZ is strategically positioned for Malaysian halal food processing companies who are keen on bringing their products to the Middle East markets as well as expanding to other regions.

“As it is known, the UAE does not have any form of personal or corporate taxes and is ranked at 23rd spot globally in the World Bank’s Ease of Doing Business Report 2014, which makes it an ideal business location for Malaysian halal companies,” RAK FTZ CEO Peter J Fort told The Malaysian Reserve recently.

The UAE government has expressed its intention to become the global hub of the global Islamic economy, which supports Malaysia’s intentions to use it has a gateway to other markets, Jamil was quoted saying.

Malaysia is the world’s largest exporter of halal goods in terms of exports, with over US$11 billion (RM36.06 billion) worth of halal goods, primarily processed food and beverages, last year.

The UAE is at a very strategic location with geographical advantage to the rest of the Middle East and North Africa region and also a gateway to Europe.

Further on RAK FTZ, Fort, who is also the senior economic advisor to the government of the Emirate of RAK in the UAE, said RAK is currently the home to over 7,500 companies from more than 100 countries, representing more than 50 business sectors, offering costeffective and flexible business solutions in the region.

With RAK FTZ allowing 100% foreign ownership, full repatriation of capital and profits and full tax exemption to investors, added with lower set-up costs compared to other free zones, a fixed foreign exchange rate, the freedom to source labour from anywhere around the world, the economic zone continues to attract considerable investments from around the world.

UAE: RAK offers UAE gateway for Malaysian halal food
By John Gilbert, The Malaysian Reserve The Ras Al-Khaimah (RAK) Free Trade Zone (FTZ) offers ample business environment for Malaysian halal food companies who are actively looking at the United Arab Emirates (UAE) as a gateway for entering high value halal markets in North Africa, the Middle East and Europe. With Dubai, the capital city of the UAE moving to position itself as the global hub for halal products, RAK FTZ, which is located less than an hour’s drive from Dubai International Airport and 90 minutes away from Jebel&hellip;