UAE: Migration to Islamic banking pays off for Dubai resident 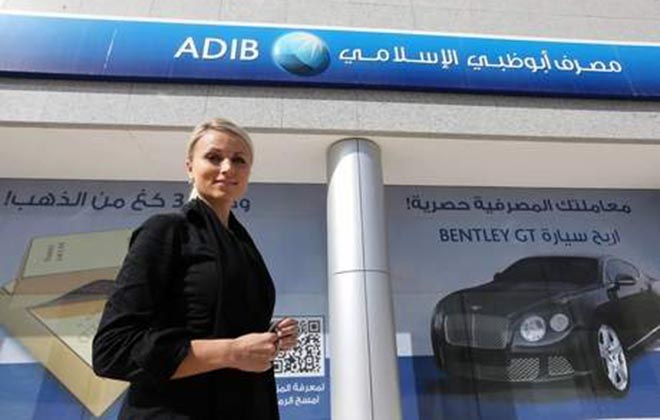 Eva Kernova says that she would never think about going back to a non-Islamic bank so long as she is residing in the Emirates. Pawan Singh / The National

Like many non-Muslim westerners, Eva Kernova converted to Islamic banking because that’s where some of the best rates and perks are to be found in the UAE today. And then, bit by bit, the former flight attendant warmed to a type of banking she found to be fairer and kinder than the conventional sort.

She is not alone. Recent surveys show that Ms Kernova is part of a national trend of migration towards Islamic banks, though a lack of understanding of how these banks work is holding back further customer growth.

In Ms Kernova’s case, her impetus towards change began when she found herself in a jam this summer while moving to a new apartment in Dubai. She had just left her job at a local airline and needed Dh70,000 quickly in order to pay for her rent for the year in advance.

The local bank she was with, who she prefers not to name, wasn’t as forthcoming as she had hoped in providing the money, because she had just changed jobs and the bank wanted her to do at least six months in her new job before it would give her the loan.

In despair, she did not know what to do and feared that all banks would reject her request.

“I was not looking for a [new] bank at that point. I felt as if I was trapped a little bit. And then one day as I was driving, on the radio, there was an ad. Abu Dhabi Islamic Bank had a special offer until the end of June on loans.”

She didn’t know much about Islamic banking – the main difference of which from conventional banking is that it does not charge interest but instead makes customers pay a profit rate through various financial instruments. If a customer needs money to buy a house, for instance, an Islamic bank will buy the house and then sell it back to the client at an agreed price over a set time.

At that point, however, Ms Kernova wasn’t interested in the fine print. She was just keen to get the money she needed at a good rate as quickly as possible.

Yet once the issue was resolved and Adib gave her the loan, Ms Kernova found the perks, such as women-only banking services, to her taste as well. She even liked the colours of the bank’s credit cards .

And the more she found out about how Islamic banks strive to be more ethical than their conventional peers by avoiding certain businesses including those that deal with arms or alcohol, the happier she became with her choice. She now says she would never think about going back to a non-Islamic bank as long as she is living here.

Ms Kernova, who is from Slovakia and has a master’s degree in social work, was particularly gratified to find out that Islamic banks give up to 2 per cent of the bank’s profits to charity every year. That’s because after leaving her cabin crew job, which allowed her to see the world, she is in the process of starting a charity in Bangladesh along with an airline pilot to help children from the slums of Dhaka get a better education.

As well as the charitable aspect of Islamic banking, she says she liked being in sync with the local culture.

“I am in the country where most of the majority are Muslims and I am accepting of their traditions and way of life,” said Ms Kernova. “I am using services and they are based on Islamic traditions which also apply to the way I dress and how I present my self. It’s a matter of respect. I feel proud to be a customer at an Islamic bank.“

Souqalmal.com, a Middle East price comparison site, found that more than 60 per cent of the country’s residents have at least one Islamic bank product such as a credit card or home and car financing .

According to a survey OF 5,300 of different nationalities, income and ages in November by the website, a majority of those polled said that Islamic banking products had more attractive fees and rates than their conventional counterparts.

Of those respondents who didn’t have any Islamic banking products, 43 per cent said not fully grasping how Islamic banks operate had put them off.

Moneycamel.com, an online independent guide to banks in the UAE, has Abu Dhabi Islamic Bank among its top picks for home financing. The Abu Dhabi lender offers a 4.49 per cent reducing rate on loans for buying homes while Emirates NBD, a conventional lender, gives its clients a 4.99 per cent rate on mortgages, according to the website.

“Many people are confused by Islamic financing,” Ambareen Musa, chief executive and founder of Souqalmal.com, says. “They don’t for instance understand the concept of leasing when getting home financing with an Islamic bank. It’s really all about education and understanding how the product works. Generally people go with what they are comfortable with.”

Islamic banks have heeded the call amid an intensification of competion in the consumer banking sector. Adib recently hired Phil King, a veteran Citibank executive, to head the lender’s retail business and he is keen to make Islamic banking more palatable to Western tastes while keeping the bank’s existing local customers happy.

Mr King says that the bank’s research showed that the services offered by Adib appealed to non-Muslim expats in the UAE – when the bank did not mention its name.

Many non-Muslim customers have also signed up with Islamic banks because of disillusionment with western banks in the wake of the financial crisis of 2008.

“Our tagline of ‘banking as it should be’ came from a non-Muslim expat,” Mr King says. “There’s no fine print. You know what you get. You’re very clear, you’re very transparent.”

Mr King attributed that to the lender’s push into Dubai, which has resulted in a near tripling of the number of its bank branches in the emirate to 17 since 2009.