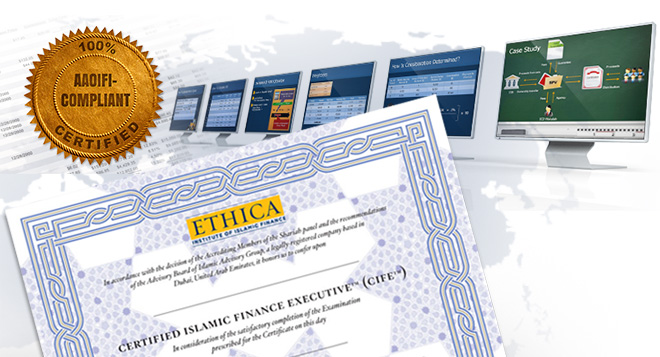 “How do I learn about sukuks in-depth without attending a 3 day training workshop?” asks one banker. Read a book, might have been one response. But now, with short e-learning videos fast becoming the norm among corporate trainers, Islamic finance is ready to offer practical product training in accelerated, bite sized, 20 minute videos.

Ethica Institute of Islamic Finance, the Dubai based leader in Islamic finance certification, now offers videos as a fast track option. This means that instead of going through several products over Ethica’s 4 month certification program, anyone can learn about one or two products in a few hours, 100% online.

The implications for the conventional banking world are enormous.

Gillian Tett of the Financial Times noted last week that, “The idea of tethering our financial system more closely to the ‘real’ economy and tangible, productive enterprises seems distinctly appealing these days,” adding that Islamic finance’s, “ideas are thought-provoking, for Muslim and non-Muslim alike, since they present a vision of money that is refreshingly different from the ideas that 21st-century western financiers and consumers take for granted.”

“Many professionals, including conventional bankers, lawyers, and academics, want to learn one or two products without the commitment of a complete course. Ethica’s fast track option now caters to this audience, especially important now that conventional bankers are seriously looking at alternatives to an interest-based system,” said Ethica’s spokesperson. Amid this climate of inquiry into what Islamic finance has to offer, it is timely that conventional interest-based bankers now have a chance to gain easier access to Islamic finance training.