Home » Events » UAE: Halal Products Not Only For Muslims – Expert

UAE: Halal Products Not Only For Muslims – Expert 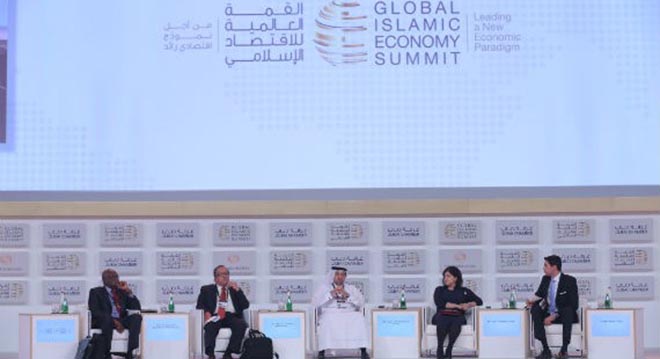 It is a mistake to market Halal products to Muslims only and more must be done to increase their marketability, one expert has said at the Global Islamic Economy Summit.

In a passionate speech, which drew spontaneous rounds of applause from the packed audience in Dubai, Saleh Lootah, managing director of Al Islami Foods, argued for a single global Halal standard to help grow the market.

“Is Halal only for Muslims? This is what we have to change, our mindsets,” Lootah said.

Lootah argued that poor food packaging as well as the taste of Halal products was not good enough and needed to be improved to help grow the market. He also said the media has not positively portrayed Halal products.

“We’ve got away with this so far [the packaging, the taste].We must deliver Halal to its best…and this is what we are trying to do, to position Halal in the right way.”

Lootah argued that the lack of a universally recognised standard for Halal, and disagreement between regions over who has the better standard, was restricting market growth.

“We make it complicated for ourselves – the differing standards between regions. The best muftis [experts in Islamic law] are the consumers themselves. We have to let them decide,” he said.

“The lack of standardisation is the main issue hindering the growth of the Halal food sector.

“Adapting a common standard for Halal food is the first step to having a proper infrastructure in OIC [Organisation of Islamic Cooperation] countries.”

Lootah was joined on stage by Gerald Lawless, president and Group CEO of Jumeirah Group, who revealed the hotel chain is planning to do more to meet its customers’ religious and cultural needs.

“It’s important to know the food here [in Dubai] is Halal and is of the highest quality,” Lawless said.

“We need to be sensitive of our guests’ preferences around the world. In London during the summer time it is almost the Middle East. Some guests may want a Koran in their room and not a Bible.

“Dubai has huge opportunities in the Halal travel sector, especially from the GCC” he added.