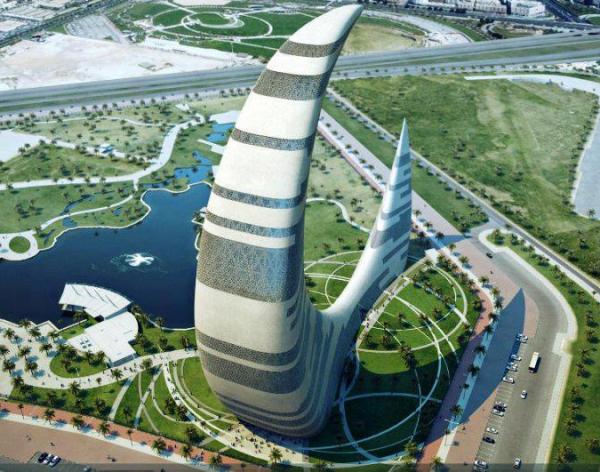 The government of Dubai has launched a strategic plan recently in order to lift its profile as a global epicenter for food and finance in line with Islamic law.

The plan announced by Dubai’s ruler Sheikh Mohammed Bin Rashid Al-Maktoum aims to turn this Emirate into the leader of the Islamic economy within three years in the areas of banking, food, and regulations.

“The Islamic economy, which is valued at US$ 8-T, or 11% of global GDP, has gained increasing importance in recent years, and bridging the gap between the current situation and the vision is a necessity to achieve Dubai Islamic Economy strategy,” said Mohammad Al Gergawi, chairman of the committee of Islamic economy and minister of cabinet affairs.

According to the Organization of Islamic Cooperation (OIC), there are 1.6-B Muslims worldwide, and they had a disposable income of US$4.8-T. Unlocking and developing the growth in global Islamic wealth by bringing Dubai’s Islamic finance, Islamic food and Sharia-compliant hotel industry under one umbrella and setting their objectives high is the objective of the ambitious government-driven initiative “Dubai – Capital of the Islamic Economy” announced by Sheikh Mohammed Bin Rashid Al- Maktoum earlier this year.

With Dubai Islamic Bank, Dubai harbors the oldest regulated Sharia-compliant bank in the Gulf region, founded in Y 1975, while Noor Islamic Bank and Emirates Islamic Bank also run their headquarters in the emirate. According to Ernst and Young, Islamic finance grows at a rate of 15% per year and has reached over US$ 1.6-T in relation to Sharia-compliant assets this year.

Sheikh Mohammed said the plan also aims to enhance Dubai’s market for Islamic bonds, also called sukuk, which so far had attracted 46 billion Dirham or US$ 12.54-B and is expected to reach 60-B Dirham or US$ 16.36-B by the end of the year, according to the Dubai chamber of commerce and industry.

But the Gulf Arab Emirate, which is poor on oil but rich in terms of infrastructure, industry diversification and equipped with a world-class tourism sector consisting of the Middle East’s biggest airport and over 600 hotels, is not alone on the global Islamic stage. The Malaysian capital Kuala Lumpur and London have built up a strong Islamic banking sectors.

Nevertheless over 70% or US$ 97.1-B of all global Islamic bonds, also called sukuk, issued worldwide last year were issued in Malaysia, according to figures compiled by RAM Ratings Services. Sukuk do not pay interest, because interest is regarded as impure or haram in Islam, but they distribute a share of profits an underlying assets such as real estate or a commodity, Gold for example generates over a defined period of time.

Islamic banks, on the other hand, are neither allowed to give interest on deposits nor they can issue conventional loans, but they enter into profit-sharing models with their customers. Investing in shares form companies producing alcohol, pork meat, weapons or conventional financial products is also banned under Sharia. Hedge funds are forbidden as well as their risky investment style is regarded as gambling.

In relation to Islamic food and leisure, London with its 1-M Muslim residents out of a total population of 8.3-M has 5 standalone Islamic banks as well as hundreds of Islamic hospitality establishments like halal bistros or hotels which are ready to cater affluent families from the Gulf Arab region.

In addition, sukuk worth US$ 36.15-B are listed on the London Stock Exchange, making it the biggest platform for Islamic securities in a non-Muslim country.

But Dubai has with the Nasdaq Dubai its own international compatible stock market, with 12 sukuk being listed valued at over US$ 13-B. Experts say the Islamic bond market, albeit growing fast, was still in its early stages.

The Islamic economies, a group of more than 57 countries spreading from Senegal to Indonesia, represent a combined gross domestic product of over US$ 8-T, according to the OIC.

Regarding hospitality, Dubai does not have to hide behind its rivals. In Y 2008, Dubai opened the 1st Islamic holiday resort, the Tamani hotel which has no night club, no alcohol on the rooms or in the restaurants and separated recreation facilities for men and women.

“The followers of Islam all want to eat and dine in line with their religion, they want to put faith into finance and they want to travel in respect to their religion,” said Saleh Lootah, the managing director at Dubai-based nutrition giant Al Islami Foods.

Al Islamic Foods delivers halal food to outlets across the UAE and the Gulf Arab region. According to the OIC, the global halal food sector is worth US$ 685-B.

“Muslim families are mostly bigger than Western families, they often travel in bigger groups and hence they need more family- designed resorts,” said Hanu Lashin, the group general manager of the Islamic hotel firm Jawhara in Dubai. In 2012, over 10 million tourists visited Dubai and Sheikh Mohammed gave orders to double this number by 2020, hoping that his emirate will be awarded next month the World Expo 2020.

Other initiatives kicked off by Dubai’s ruler include the Global Islamic Economy Summit on 25/26 November of this year, as well as involving universities which shall develop courses pertaining to the Islamic economy in order to qualify human resources for the booming sector. At the summit dozens of decision makers from East and West will discuss how Dubai can upgrade its profile as an Islamic economy hub.

“Dubai’s ability to bring together key decision makers and stakeholders is indicative for its ability to act as a bridge between East and West, Muslim and non-Muslim, business and consumer,” said Abdul Rahman Saif Al-Ghurair, chairman of the Dubai Chamber.

“The strategic plan for developing the Islamic economy sector is a road map for the future which sets the frameworks for uniting the efforts of various institutions and parties operating in this sector,” said Sheikh Mohammed.