UAE: Global Islamic economy could be worth $6.7 trillion, says report 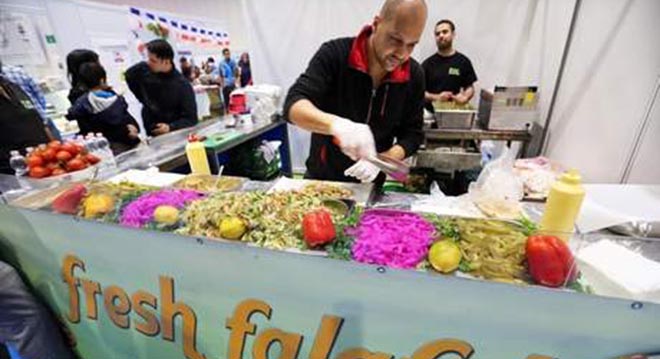 The global Islamic economy has a potential value of US$6.7 trillion, bigger than the economies of every country in the world except China and the United States, says a new report published yesterday.

The study, produced by the Dubai authorities and Thomson Reuters, comes ahead of the start of the Global Islamic Economy Summit in Dubai tomorrow.

The report estimates Muslim consumers’ global expenditure on the media, food and lifestyle sectors (including cosmetics and tourism) at $1.62tn last year. It puts the figure at $2.47tn by 2018.

“While these Islamic economy sectors have large potentials, the synergistic opportunities for growth and investments are even larger,” says the report.

The summit brings together more than 3,000 of the leading policymakers, financial professionals and experts in the field of Sharia-compliant economy. It builds on the initiative of Sheikh Mohammed bin Rashid, Vice President of the UAE and Ruler of Dubai, in launching earlier this year the three-year strategy to make the emirate the “capital of Islamic economy”.

Regarding the main global centres of the Islamic economy, the report says: “Malaysia has the strongest potential as the centre of a comprehensive Islamic economic sector and is expected to maintain a strong presence in it. However, Malaysia may have reached a point of stagnation with limitation to its reach and impact.

“In the UAE, Dubai is well-placed to take a leadership role in the next evolution of these sectors, given its competitiveness in the space and the recently announced strategy and initiatives. Other major centres of the Islamic economy are Saudi Arabia, Turkey and Indonesia.”

“While the prominence of the Islamic finance sector is already quite well-acknowledged, it is the halal food and lifestyle sectors that open up a whole new horizon of opportunities for the Islamic economy as a whole.

“The potential consumers of the Islamic economy are not only limited to Muslims, but also extend to those outside the Islamic faith who share similar values. The value-based needs that are driving the Islamic economy sectors include the need for pure and ethical food, modest clothing, ethical financing, family-friendly travel as well as other services with religious practice and gender interaction considerations.”

The report highlights what it calls a “tremendous opportunity” that exists in the Islamic economy: the comparative lack of support from Sharia-compliant finance for the wider halal industry.

“Today, there is very little connectivity between the Islamic finance and halal food sectors – two of the largest segments of the global Islamic economy. In an analysis of private equity, venture capital and merger and acquisition deals, only 17 completed transactions relating to halal food companies were reported worldwide, with only seven disclosed deals amounting to $22m.

“However, the broader food and agriculture segment within countries of the Organisation of Islamic Cooperation has seen 340 completed transactions in the past two years with a total disclosed value of $14.9bn.”

Sheikh Mohammed will attend the official opening ceremony for the two-day event and present awards for excellence in Islamic economy.