UAE: Dubai aims to be Capital of Islamic Economy in three years 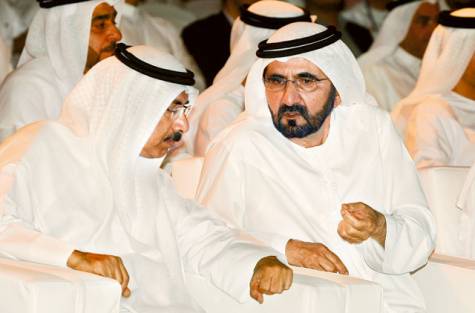 In the presence of His Highness Shaikh Mohammad Bin Rashid Al Maktoum, Vice-President and Prime Minister of the UAE and Ruler of Dubai, the emirate announced its Islamic Economic Strategy which aims to turn Dubai into the Capital of Islamic Economy in three years. 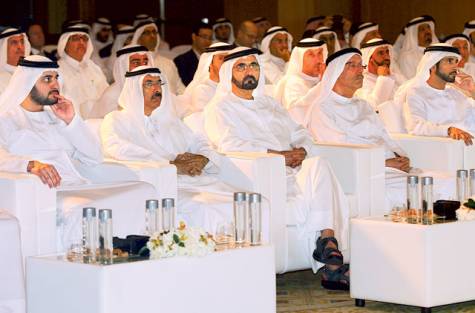 Shaikh Mohammad (centre) along with other dignitaries and officials at the launch of Islamic Economic Strategy on Saturday.
Image Credit: Virendra Saklani/Gulf News

The announcement was attended by Shaikh Hamdan Bin Mohammad and Shaikh Maktoum Bin Rashid Al Maktoum, Deputy Ruler of Dubai, amid a huge gathering of top government officials and media representatives to give a comprehensive presentation about the mechanism and targets of the Islamic Economic Strategy in Dubai.

While over the past few decades it has been limited to specialist financial circles, Islamic finance has recently gained ground and currently enjoys a steadily rising 24% annual growth rate.

The 46 different initiatives that the plan includes will all be up and running in 2014. Some, such as the Dubai Global Sukuk (bonds) Center or the Global Islamic Economy Summit, are already operative. Two areas will be given particular attention. The first is the banking and financial sector, with the development of an operating and legislative platform that fills some of the current gaps and consolidates Dubai as a centre of excellence for the Islamic economy. The second is the promotion of halal industries – from food products to cosmetics, from pharmaceuticals to textiles and tourism. The World Halal Forum estimates this market to be worth some 2.3 billion dollars worldwide, with food products totalling 700 billion dollars per year. Many of the emirate’s hotels already refuse to serve alcohol and offer menus strictly in line with religious precepts, as well as related other services for religious observance. Italy has also made use of its solid position for international certification. In 2012 Halal Italia, the certification agency for Italian products made in conformity with Islamic precepts, received official recognition, enabling it to enter the Gulf market. In 2010, export value for the region was at 50 billion dollars.