Home » Events » UAE: Demand on halal products to grow by 15%

UAE: Demand on halal products to grow by 15% 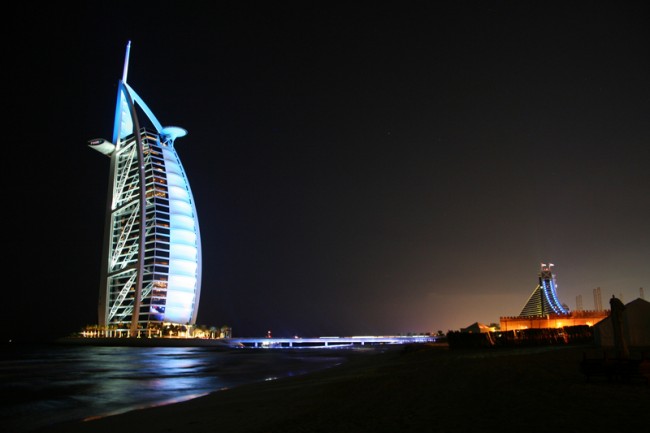 Dubai seeks to develop international standard for halal products, as Food business is probably the next best developed after the financial sector, with a value of $685b

Demand for halal products is expected to grow by 15 per cent in the next two years and Dubai is looking to develop an international standard for the industry, Saleh Lootah, Managing Director of Islami Food, told Gulf News on the sidelines of Exporter Forum 2013.

“In line with Dubai Islamic Economic strategy, demand for halal products is expected to grow from 10 to 15 per cent in the next two years.”

While Islami Food is a leading halal industry in the UAE, Lootah expected an increase in the number of investors in the halal market. He called upon the authorities to set up a halal industrial free zone to encourage the flow of investments in this sector.

Islami Food is looking to expand by building another facility at a cost of Dh100 million, aiming to double their production capacity in ones and a half years, he said.

While there are two billion Muslims in the world, Lootah said that they vary in their halal knowledge and governments should work hard to target this segment by enhancing awareness about halal. 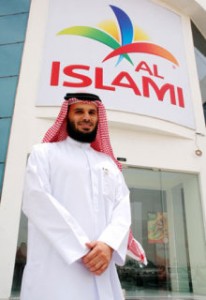 Looking for a unified standard for halal products, he added that according to Dubai Islamic economy strategy, the emirate is looking to find out an international standard to halal products to certified Islamic products and trace its ingredients.

It was announced earlier that Dubai will set up an international centre for halal products and is targeting 10 per cent of the global market share in the next three years.

The centre will include an international laboratory and accreditation centre and will be active by the first quarter of 2014.

Dubai Exports is developing an Islamic index that includes a database about all UAE halal companies across all sectors — cosmetics, textiles, pharmaceuticals, clothes, hotels and others.

This will contribute in facilitating the growth of the halal industry as well as provide information that can help in finding a unified standard for this business segment.

The halal market can perform to its full potential for business when standard is harmonised, said Torek Farhad, Senior Adviser of Business Environment at the International Trade Centre (ITC) Geneva.

“Dubai’s involvement in the halal sector is good news and we can be sure new benchmarks of excellence will be set in this area of activity as well, right here in this city,” Farhad said.

Amid the global move towards an Islamic economy, Dubai has already laid its robust footsteps with the launch of “Dubai: Capital of Islamic Economy” by His Highness Shaikh Mohammad Bin Rashid Al Maktoum, Vice-President and Prime Minister of the UAE and Ruler of Dubai.

The potential and the attraction of the Islamic industries has been widely underpinned by the impressive attendance of more than 2,600 leaders of business and politics gathering in London at the World Islamic Economic Forum (WIEF), the first time this was held outside an Islamic country.

The global halal food business is probably the next best developed after the financial sector, with a value of $685 billion (Dh2.5 trillion), of which $83 billion is attributable to the GCC countries.

The opportunities are enormous for the halal food sector to grow in the region, where food imports to the GCC alone is expected to more than double to Dh194 billion by 2020. These countries rely heavily on food imports from countries like Australia, New Zealand and Brazil, where the rate of imported food reaches 90 per cent of their total food consumption.

It is a golden opportunity for the UAE to grasp, as the food consumption rate reached Dh28.2 billion last year, and forecast to climb to Dh32.6 billion this year. The food and beverage sector is expected to grow by 10 per cent on average in the next two to three years to reach more than Dh40 billion by 2016.

While the whole world is looking for a global standard to be put in place as soon as possible, Dubai is taking serious steps towards providing more regulatory frames for halal industries in the Mena region. Emirates Standardisation and Metrology Authority (ESMA) currently monitors the whole process of the product, starting from the farm until it goes to packaging and storing.

It has also recently been mandated by the Organisation of Islamic Cooperation (OIC) to formulate new halal regulations and codes for cosmetics and perfumes to be implemented in all Islamic countries, and it is working for these standards to also be adopted by other countries.

With ESMA acting as a certification body with its new regulations in place and with the advanced infrastructure the emirate enjoys, Dubai is set to become a regional framework base for halal industry, allowing it to compete internationally with Singapore, Malaysia, Indonesia and Australia.

It is very clear to everyone that the emirate will play a major role in promoting and growing this sector across the Middle East.