Prank photo of FairPrice pork with ‘halal’ sticker from 2007 resurfaces on Facebook; supermarket urges people not to circulate insensitive image 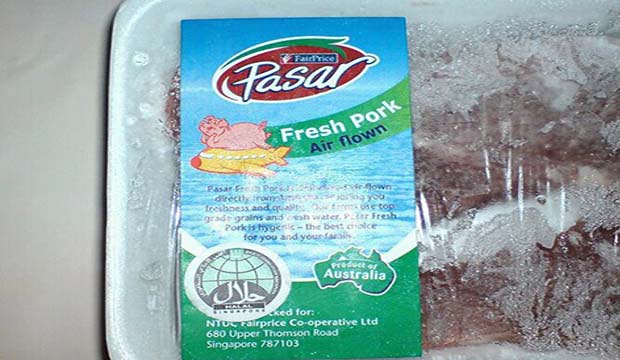 A false image of NTUC FairPrice pork with ‘Halal’ certification on the packaging circulating online since 2007. Image: NTUC FairPrice

The police confirmed on Thursday that a report has been lodged against a religiously insensitive hoax that was making its rounds on social media platform Facebook recently. The image, which depicts a packet of grocery retailer FairPrice’s Pasar Fresh Pork bearing a green halal sticker, was first circulated via e-mail here in 2007.

The latest report comes after a call for police investigation into the case was made by Pasir Ris-Punggol GRC MP Zainal Sapari on Monday, when the supermarket chain released a statement calling the image a “mischievous hoax that is both insensitive and done in poor taste”.

This comes after a slew of police reports were lodged by FairPrice since the first image of the tampered packaging was circulated via an e-mail hoax in 2007. Investigations are ongoing.

Police are also advising the public to refrain from circulating such images. Under Section 298A, those guilty of promoting enmity between different groups on grounds of religion or race and doing acts prejudicial to maintenance of harmony can face a jail term of up to three years, a fine, or both.

In its statement, the retailer noted that the image started circulating on the Internet via an email hoax in 2007 and urged people to not circulate the image.

“We are mindful of the serious religious implications of this matter and regard this as a wilful act of mischief, and had lodged a report with the Singapore Police then,” said FairPrice CEO Seah Kian Peng.

“We would like to once again alert the public on the falsity of this image and in doing so, assure the public that the original packaging of Pasar Fresh Pork does not carry the halal sticker from the Islamic Religious Council of Singapore (MUIS).” 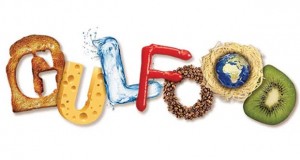 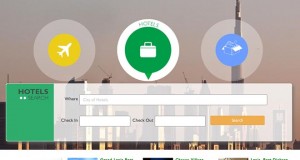 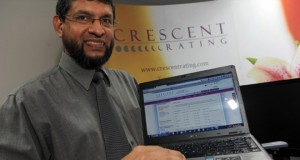