As a frequent business traveller, Fazal Bahardeen was often frustrated over the lack of hotels and travel services catering to Muslims. 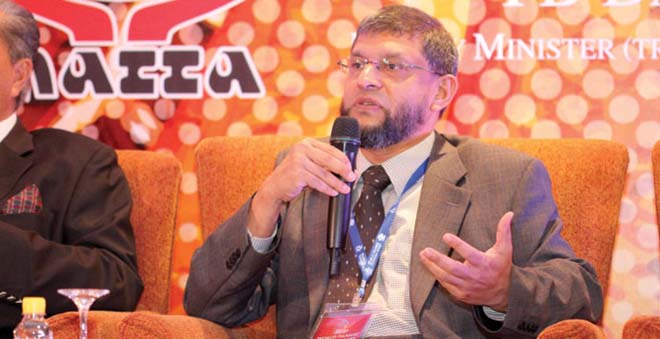 After leaving his job with an international telecom firm, the 50-year-old Singaporean decided to do something about it — and in 2009 he launched Crescent Rating, an online guide to “halal-friendly travel.”
The company reviews and rates hotels, restaurants, travel agents and other services on how accommodating they are to Muslims. It takes into account factors such as the provision of prayer space and halal food, and the presence of things Muslims might object to, such as gambling and alcohol.

In August, the firm launched an iPhone app that alerts Muslims to when and in which direction they should pray on a flight.

Fazal is among the growing number of Muslims in Singapore who are embracing technology as well as modern marketing and fashions to help them practice their religion.

The Internet is helping Muslims “rediscover and enhance their faith,” he says, in Singapore and other countries such as the United States, Britain and in Europe. “Because these communities are much more connected, and they are probably made more aware of their faith. They are trying to rediscover their faith through technology.”

The Islamic community in tiny, multi-ethnic Singapore makes up around 15% of the population of 5.4mn. Around 74% of the prosperous city-state’s population are ethnic Chinese, whereas most of the Muslims are Malay or Indian.

Historically, as in neighbouring Malaysia and Indonesia, they have practiced a liberal interpretation of Islam since it was introduced to the region by Arab and Indian traders in the 13th and 14th centuries.

At the historic Sultan Mosque in the heart of Singapore’s Kampong Glam district, sometimes referred to as the Arab Quarter, many men turn up for Friday prayers dressed casually in jeans and T-shirts before going back to work in the nearby cafes, bars and shops.

The Islamic Religious Council of Singapore (MUIS), a statutory board that promotes the interests of the community, has embraced modern technology as a way of fostering greater awareness of religious duties.

Since 2009 it has launched several smartphone apps allowing users to read the latest sermons and fatwas, or religious edicts, and find out prayer times or locate the nearest mosque or halal restaurant.

“MUIS is proactive in promoting the usage of smart apps to reach out to and extend our services to the community at large,” a spokesman says. “These smartphone apps help Muslims to quickly and conveniently get accurate information that will help them to understand and perform their religious obligations.”

This innovative approach extends to other areas too. Near the Sultan Mosque is a small shop selling sportswear and contemporary fashions for Muslim women.

Customers at For The Ummah can browse imported sport hijabs — headwear for female Muslim athletes — or buy a “burqini,” a swimsuit that covers the body in line with the rules on modesty laid down in the Qur’an.

They are produced in Australia and the name is a play on the words ‘burqa’ and ‘bikini’. “Some people think (Islam) doesn’t progress with modern times, but it’s actually something that’s for all times,” says shop owner Thalha Mohamed, 29.

Thalha, whose husband is a convert to Islam, has Christian relatives and says she believes Singapore’s multi-ethnic make-up and acclaimed education system have helped the Muslim community there become more progressive and outward-looking.

“Islam allows you to use modern technology for you to keep your faith … I’m obeying God, but God doesn’t stop me from having this lifestyle,” she says. “I see my faith as not stopping me from being modern and progressive.”

Customer Fauzah Danila, who bought a burqini, agrees: “It’s such a great innovation and I’m really happy that it’s available,” says the 34-year-old from just across the border in Malaysia. “As a Muslim woman, it is my responsibility to represent a vibrant image to society and not appear conservative.”

Singapore is also home to Aquila Style, an online fashion and lifestyle magazine for ‘cosmopolitan Muslim women’. It takes its name from the Arabic word for intelligence, and offers readers tips on fashion, shopping, beauty and travel.

Editor-in-chief Liana Rosnita says the community, although small, is native to Singapore and well-integrated. Singaporeans also enjoy a better education and standard of living than some of their neighbours, and “this allows us to think critically and creatively … I might also add that as a minority here, there is a slight edge upon us to maintain our place as useful members of society.”

“Islam is very much aligned with modernity,” Liana adds. “We Muslims are lucky that our beliefs and our practices can come together in our lives, even in the Age of Information.

“All this cumulates to an arguably effortless life that combines ancient wisdom with contemporary living, as long as we Muslims adhere to the correct teachings of Islam moderately.” — DPA