It has been reported by Dean Best in Just-food.com that Saudi food distributor Almunajem is considering taking a stake in French poultry processor Doux, which is looking to exit administration within two months.

Almunajem, which distributes Doux’s poultry products in Saudi Arabia, is weighing up a 25% holding in the company, the French firm has revealed.

The Saudi distributor would join a share roster that looks set to feature French investment fund Développement & Partenariat as the majoirty shareholder in Doux.

The poultry group announced the possible investment from its Saudi customer as it outlined hopes it can exit administration in mid-November after more than a year.

Doux entered administration last June with debts of EUR430m (US$581.5m). It said it hoped to leave administration in two months and do business “in normal conditions”.

The poultry processor said the EU’s move to end subsidies to support exports outside the bloc mean the company would have to adapt to “new trading conditions”. However, Doux said it had provided evidence it could cope.

In its time in administration, Doux has restructured the business, selling off plants and modernising others. It has said it has returned into the black. Commodity costs were a key factor in Doux amassing the debts although the company ran up around EUR200m in debts from a failed venture in Brazil.

In April, deputy CEO Jean-Charles Doux replaced his father, Charles, as the processor’s chief executive. Charles Doux, who has spent over 60 years building the business, is still a director. Doux snr took the helm after previous CEO Guy Odri left the company weeks before it went into administration. 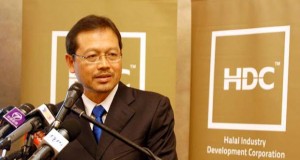