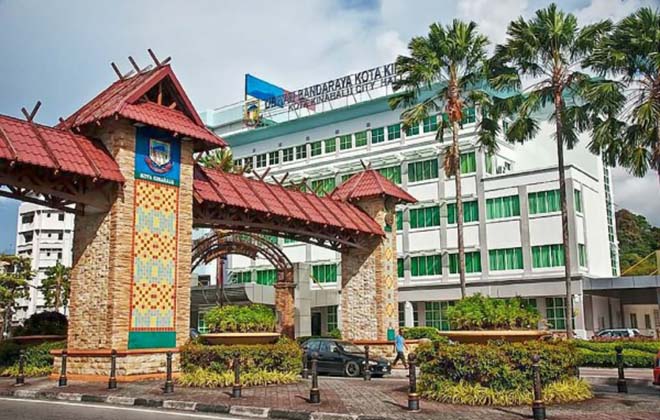 SABAH is well-positioned to emerge as a halal products hub in the state and in Sarawak, with the state’s focus on agro-based industries as the thrust of the state’s growth, a state minister said yesterday.

Datuk Zainab Ahmad Ayid, the State Minister for Community Development and Consumer Affairs, said the business community in the state should play their role proactively to realise the state government’s aspirations.

Besides fulfilling the halal requirements of the local Muslim community, entrepreneurs in Sabah should seize the available opportunities to develop the halal industry in the state pursuant to the consistent entry of Muslim tourists from Peninsular Malaysia and neighbouring Brunei.

“The move will unravel Sabah’s potential to be developed into a leading halal hub in the Brunei-Indonesia-Malaysia-Philippines East ASEAN Growth Area,” she said when opening an international Halal Exhibition. Her text of speech was read out by her Private Secretary, Md Ruslan Md Lalin.

Jainab said the state government welcomed initiatives by professionals such as the exhibition organiser, ESM Exhibitor Relations, to boost the people’s awareness, particularly producers, entrepreneurs, suppliers, distributors, halal food providers and consumers on the preparation and production of halal products.

She said the halal industry was among the world’s biggest market which not only benefited the Mus-lim community but also non-Mus-lims.

The annual halal trade in the global market is RM7.4 trillion. The world’s Muslim population, estimated at 1.6 billion, is a catalyst to the exponential expansion of the world halal industry. Bernama

Meanwhile in another article:

For next year, via its unit TPM Biotech Sdn Bhd, the corporation aims to produce at least 70 companies, bringing the total number of Malaysian entrepreneurs and companies to 630.

“TPM Biotech has invested about RM6 million to upgrade the laboratory, which is now equipped with the latest technologies for the testing and analysis of halal issues in tandem with international benchmarks.

“With the latest technology, we are confident that we can effectively and efficiently serve our existing and potential clients to meet the highest international standards in halal requirements for food production,” he told reporters after the launch of a two-day seminar, BioHalal Malaysia 2013, here Monday.

Nasarudin said Malaysian entrepreneurs should venture into the global halal market, which is worth more than an estimated RM6.9 trillion annually, with halal foods alone worth RM2.1 trillion, accounting for 30.4 per cent.

He said people nowadays note that halal products and services are not only meant for Muslims, but for non-Muslims as well.

“Halal not only means free from pork and alcohol, but the product must be of a certain quality before it can be marketed to consumers,” he said, adding that soon TPM Biotech will collaborate with the Department of Islamic Development Malaysia (Jakim) to further assist local companies in halal matters.

The agency, which is under the purview of the Ministry of Science, Technology and Innovation, receives an average of RM100 million in annual revenue, but expects the laboratory to contribute less than 10 per cent to its total revenue in its first few years of operation.