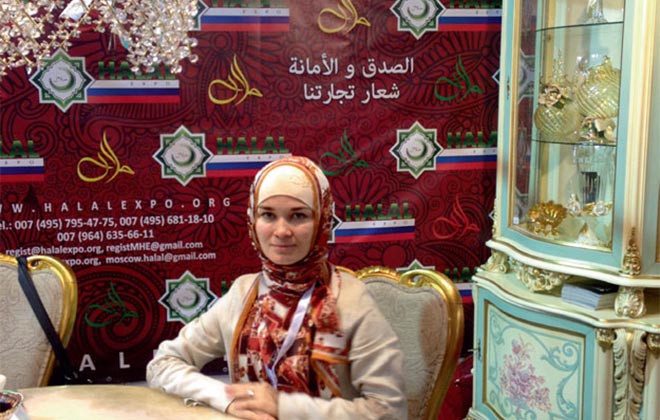 Demand for halal foods is on the rise in Russia as more and more native Muslims study their religion and come to the necessity to consume only halal.

The halal food industry’s future is bright, but stakeholders should unite on uniform standards for halal certifications and a single international body to govern the industry to promote the industry.

“The halal food industry is growing in double-digit numbers in Russia. Annually, we certify more than 40 enterprises in different spheres of production,” Madina Kalimullina, director of the Economic Department of Russia Muftis Council, told Khaleej Times in an interview.

“And their [native Muslims’] number now exceeds 25 million. Apart from that number we have 10 million Muslim work migrants from CIS countries that form the demand for halal products; although they are from a low income group, but the demand is massive.”

“And another big group of consumers are non-Muslims, who choose halal for its quality,” she added.

Kalimullina, who is also a director of Moscow Halal Expo, is upbeat about the future of the halal food industry worldwide.

“The present stage of the halal industry development can be considered as mutual acquaintance and deeper knowledge of each other among certification bodies. The efforts of the SMIIC to work out common standards for halal production started in 2011 are likely to give results in the coming years.

“Based on commonly-recognised standards, system of audit, constant research and innovations, the halal industry, by the will of Allah, has the ability to become the world brand of healthy, ecological and safe products and services.”

“In the coming years the issues of logistics, regulation, customs clearance and distribution would be put on the agenda more often as the concept of halal will require new routes in the international trade,” she said.

About uniform standards for halal certifications and a single international body to govern the halal food industry, she said that presently, the only body able to unite views in this issue is the OIC and its structures.

“The issue, however is complicated due to different mazhabs and business practice. At the same time, unanimous efforts of Muslims around the world are sure to result in a deeper integration and development of halal production, trade and investment. And, most important, development of social and moral spheres of life of the society,” she said.

Kalimullina, who did PhD in economics, said the Russia Muftis Council is doing every effort to promote halal food in the country.

She said that in 2002, the council formed the Centre for Halal Standardisation and Certification, which later obtained international status. In 2011, the Department of Economics was created within the RMC administrative structure.

“In general, there is a plan of umma economic development worked out by the RMC Economic department which includes the enlightenment in the sphere of Islamic business ethics and Islamic finance, halal certification system development, educational courses, translation into Russian language of the international Shariah standards in Islamic finance adopted by the AAOIFI, support is halal business and Islamic finance companies, Business Development Club, and, finally, Moscow Halal Expo.”

Kalimullina said the project of Moscow Halal Expo started in 2010 as a joint platform for halal business development in Russia. Among its objectives are support of halal producers, enhance of trade and economic relations between Russia and the Islamic countries, attract public and investors’ attention to the opportunities of the lucrative halal market, support of innovations in the market and other.

“Now, we direct efforts at development of new business and investment projects in halal sphere. Presently the most important of which is the chain of halal distribution chain all over Russia,” she said.

About the council structure, she said there are 27 religious boards of Muslims, which form the Russia Muftis Council and overall about 2,000 local Muslim religious organisations from over 60 regions of Russia.

“The halal certification is held by the International Centre for Halal Standardisation and Certification under the Russia Muftis Council since 2003. The standard of halal production is based on international experience and has come through four editions,” she said.

“We hope that UAE will become a serious investor to develop halal food industry in the Russian Federation,” she concluded.

Previous: Opinion: Advanced economies ‘can learn from the Islamic system’
Next: Japan: Kyoto aims to be Muslim-friendly city 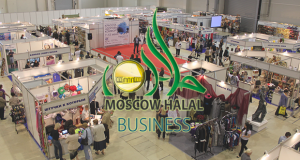 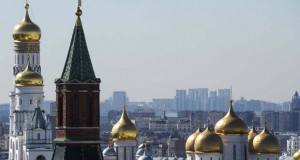 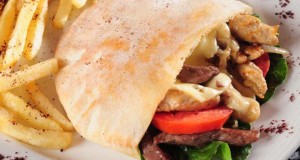