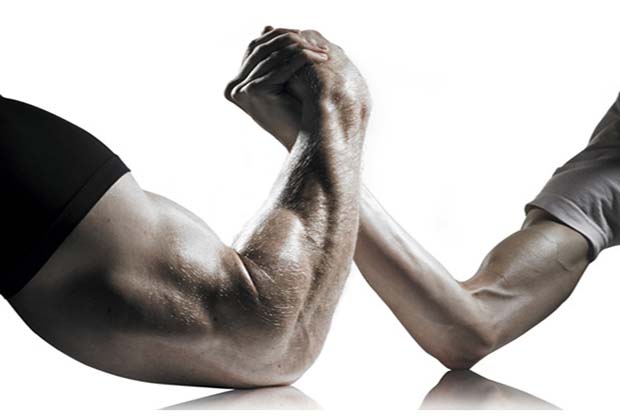 A new study has found that vegetarians are in poorer health, have a higher need for health care, and have a poorer quality of life.

This new study was carried out by researchers from the Institute of Social Medicine and Epidemiology at the Medical University of Graz, Austria. It sheds new light on the general perception that vegetarians are usually confident about the health benefits of their meat-free diets.

It finds that vegetarians are more physically active, drink less alcohol and smoke less tobacco than those who consume meat in their diets. Vegetarians also have a higher socioeconomic status and a lower body mass index. But the vegetarian diet — characterized by a low consumption of saturated fats and cholesterol that includes increased intake of fruits, vegetables and whole-grain products — carries elevated risks of cancer, allergies and mental health disorders.

They took a sample from the Austrian Health Interview Survey, and results showed that a vegetarian diet was associated with poorer health – with higher incidences of cancer, allergies and mental health disorders.

It showed that non-meat eaters have double the risk of allergies and a 50 per cent increased risk of heart attacks and cancer, CBS Atlanta reports.
They are also significantly more likely to experience depression and anxiety.

However, the research from the Medical University of Graz, Austria, did reveal that vegetarians tend to be healthier in some ways.

It showed that they are usually more active and that they consume less alcohol.

They are also less likely to smoke and tend to have lower BMIs.

The research also revealed that people of high socioeconomic status are more likely to be vegetarian.

The research contradicts previous studies that have suggested red meat is linked to a range of health problems, including bowel cancer.

As a result, the researchers say more studies are needed to confirm their findings.

The researchers say: ‘Our study has shown that Austrian adults who consume a vegetarian diet are less healthy (in terms of cancer, allergies, and mental health disorders), have a lower quality of life, and also require more medical treatment.

‘Therefore, a continued strong public health programme for Austria is required in order to reduce the health risk due to nutritional factors.’

Where did the story come from?

The study was carried out by researchers from Medical University Graz, Graz, Austria. No sources of funding were reported.

The study was published in the peer reviewed, open access medical journal PLOS one and can be read online for free (PDF, 158kb).

Most of the UK media’s reporting on the study does not mention its numerous limitations and that it cannot prove cause and effect.

There were also inaccuracies in reports that vegetarians were 50% more likely to have a heart attack. There was no significant difference between the vegetarian and three carnivorous groups for any cardiovascular diseases questioned – history of heart attack, high blood pressure, stroke or diabetes.

What kind of research was this?

This was a cross sectional study using Austrian survey data collected in 2006/7. It aimed to see whether there was any difference in various health-related variables between people following different dietary habits.

The researchers say that previous research has associated vegetarian and Mediterranean diets with various health benefits and reduced risk of certain diseases.

Therefore the researchers aimed to investigate health differences between different dietary habit groups among Austrian adults. The main limitation with this study is that it is only cross sectional and looking at a specific population. It can note associations, but it can’t prove cause and effect. It is possible that the associations seen might be in fact be due to ‘reverse causality’.

Any associations seen could be due to people with health problems switching to diets that are perceived to be healthier, rather than their diet causing health problems.

What did the research involve?

The researchers analysed the diet, health and lifestyle of 15,474 Austrian people aged over 15 years (55% female) who took part in the Austrian Health Interview Survey (AT-HIS) which ran from March 2006 to February 2007. The surveys are carried out every eight years and include a representative sample of the Austrian population (response rate for this survey 63%).

Without a clear definition of the categories being given, people were asked whether they considered their diet to be:

Few people reported that their diet corresponded to one of the vegetarian diets, and therefore all three of these were grouped together. The 330 “vegetarians” were then age- sex- and socioeconomically-matched to one individual from each of three “carnivorous” groups, resulting in a total sample size of 1,320 people.

Assessments of health and diseases included questioning self-perceived health (ranging from 1 very good, to 5, very bad) and functional impairment (1 very to 3 not impaired). They assessed 18 specific diseases (including heart attack, high blood pressure, stroke, cancer, arthritis and mental illness), which were classed as being “present” or “absent”. “Medical treatments” was classed as having consulted a GP or one of seven different specialists in the past 12 months (“consulted” or “not consulted”).

The number of vaccinations was also coded, in addition to looking at preventative care measures such as attending for “preventive check-ups”, “prostate gland check-up”, mammography and smear tests.

They then looked at differences between the “vegetarians” and the matched individuals in the three different “carnivorous” groups and their various lifestyle habits and diseases.

In some of the analyses the researchers adjusted for BMI, physical activity, smoking behaviour and alcohol consumption.

What were the basic results?

The researchers found that the “vegetarians” had lower BMI (22.9kg/m2) compared to the three other carnivore groups (23.4 in those with less rich meat, 23.5 in those rich in fruit and veg, and 24.9 in those rich in meat). Looking at lifestyle behaviour, vegetarians drank less alcohol, drinking on 2.6 days of the week in the past month than those in the three carnivore groups who drank on 3 to 4.8 days. They didn’t differ on smoking or physical activity.

Looking at health and disease they found that “vegetarians” tended to self-report poorer health and higher levels of functional impairment. They also reported more chronic diseases overall. Looking at specific diseases, those significantly more common among the vegetarians were:

“Urinary incontinence” was significantly less common in “vegetarians” (2% vs. 3 to 6% in the different carnivorous groups).

They also found that “vegetarians” had a lower quality of life in the domains of “physical health” and “environment” than those consuming a carnivorous diet less rich in meat.

Lower quality of life regarding “social relationships” were also reported in “vegetarians”.

How did the researchers interpret the results?

The researchers conclude that their results show that “a vegetarian diet is associated with poorer health (higher incidences of cancer, allergies, and mental health disorders), a higher need for health care, and poorer quality of life.” They suggest that “public health programs are needed in order to reduce the health risk due to nutritional factors”.

Despite the media headlines, the results from this Austrian cross sectional survey provide no proof that vegetarians are in poorer health than meat eaters.

The study has simply compared a group of people with a “vegetarian” diet with three different groups of people following “carnivorous” diets on a range of different health and lifestyle measures to see if any differences are observed.

The study has numerous limitations:

Of note, the study found associations between a vegetarian diet and increased risk of “allergies”, “cancer” and “mental illness”, but not cardiovascular diseases.

Overall the decision to follow a vegetarian diet or one containing meat remains a personal lifestyle choice.

For a healthy lifestyle, all people should aim to eat a diet high in fruit and vegetables and low in saturated fats, salt and sugars, moderate alcohol intake, avoid smoking and take exercise in line with current recommendations.

The researchers conclude: “Our study has shown that Austrian adults who consume a vegetarian diet are less healthy (in terms of cancer, allergies, and mental health disorders), have a lower quality of life, and also require more medical treatment.”

“Therefore, a continued strong public health program for Austria is required in order to reduce the health risk due to nutritional factors.”

The Centers for Disease Control and Prevention notes that healthy diets rich in fruits and vegetables may reduce the risk of cancer and other chronic diseases for all dietary groups. A 2009 study from the CDC found that about 1 in 200 young Americans, or 367,000 US children, are vegetarians.

Report: Vegetarians in poorer physical and mental health, new study
Vegetarians are 'less healthy' and have a poorer quality of life than meat-eaters A new study has found that vegetarians are in poorer health, have a higher need for health care, and have a poorer quality of life. Vegetarians visit their doctors more often and are more prone to allergies They also have 'a 50% increased risk of both heart attacks and cancer' They are also more likely to develop depression and anxiety disorders But vegetarians tend to be more active&hellip;