No reason for OIC countries to fall behind on halal tourism 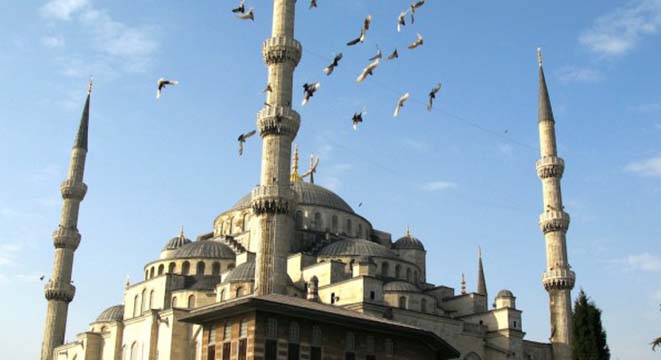 As Muslims around the world have grown in wealth and influence, they have done what most people with disposable incomes do: they travel. As with any market, the tourism and travel industry has responded to the increasing numbers of Muslim visitors by catering to their needs by making sure their guests have halal food and entertainment.

You would be forgiven for thinking that the best halal-focused tourist destinations are in regions with large Muslim populations. They aren’t. According to experts who spoke at the Global Islamic Economy Summit held this week in Dubai, non-Muslim majority countries, such as Australia, Japan and New Zealand, are the desired destination for halal tourism.

The reasons are simple. In these countries, the tourist industry makes an effort to inform Muslims about what is available to them. In contrast, many Muslim countries are complacent about their halal offerings and take it for granted that people know the food being offered in restaurants is halal. They do not even provide simple signage.

This is a silly reason to miss out on the $137 billion (Dh503.2 billion) Muslim tourists spend each year. The Organisation of Islamic Cooperation and its members do not need to learn how to provide halal tourism. They do it every day. But they do need to ensure they are taking advantage of the rise in demand for halal tourism by making sure the travellers of the world know what it being offered here and convince them that their needs will be meet.

Meanwhile in another article on halal tourism

Saudi Arabia is set to relax its visa restrictions from next month, to allow visitors on Islamic pilgrimages to stay for longer.

Passport holders of 65 countries will be able to stay for up to 30 days under the extended visa system, which has been designed to increase the number of tourists to the country.

The Saudi Commission for Tourism and Antiquities (SCTA) has not yet revealed which countries will be eligible for the Extended Umrah Tourism Programme, scheduled to begin on December 4, the start of the new Umrah season.

Earlier this year, Prince Sultan bin Salman, head of the SCTA, said Saudi Arabia was “serious about making tourism a major player in the economy”.

The Saudi Gazette reports: “The integrated system to link Umrah and tourist visas will benefit millions of pilgrims who come to the Kingdom for Umrah every year.

“Prince Sultan said pilgrims from the permitted countries can take advantage of their visa to spend some more time in the Kingdom and visit historical places and tourist attractions.

“The Umrah visa will be converted into a tourist visa after its expiry. The domestic tourism program will be restricted to companies approved by SCTA while the licensed Umrah tour operators need an additional license for this,” he said.

Tourism revenues in Saudi Arabia are now worth $16.5bn and the vast majority comes from Islamic pilgrimages to the holy cities of Mecca and Medina.