Home » Miscellaneous » Proud to be Muslim

Proud to be Muslim

Posted by: admin in Miscellaneous September 5, 2001

I am something called a MUSLIM! ONLY MUSLIM. I am MUSLIM and i am PROUD!!!

The situation of Muslims in Canada is a peculiar one. A great majority of Canadian Muslims are immigrants from other countries. We have come to Canada for a variety of reasons. Some of us have fled war and/or civil wars in our homelands. Some of us have come with the hope of providing a better future for our families. Yet some have been lured by the dazzling light of Western technological advances and its relative economic success.

Whereas some of us have a certain amount of familiarity with Western culture and Western civilization, the majority of us come with little or no understanding of the West and its dominant secular culture, especially in the field of education. As a result, most Muslim parents wholeheartedly trust the Western educational system and even look at it as the main provider of the knowledge and the key to a successful future, assuming that their children will keep the traditional value system with added technological knowledge. Some parents even encourage their children to become like their Western school mates, by providing them with Western style clothing, haircuts, and amusements, and by participating in Western celebrations such as Halloween, Christmas etc…. Some parents feel embarrassed to be known as Muslim and try to hide their Islamic identity by no longer wearing their traditional clothes, by dying their own hair blond, and even by changing their names or their children’s names to sound like Western names. For example Ja’far is changed to Jeffery, Ali is changed to Al, Dawoud is changed to David, and so on.

Muslim children, however, gradually come to realize that Western society and particularly public schools are not the kind of heaven their parents had imagined. They find themselves caught between two different worlds each with its own rules, values, and demands. At home they are taught to obey their parents, accept the hierarchical structure of authority, and behave within traditional moral limits; yet at school they learn to question authority, to have a critical attitude towards everything in life and to test limits. In the beginning the home system has the upper hand; but as children grow up, the peer pressure and the secular system that emphasizes individualism, the need for one’s freedom and the need to exert oneself, becomes the dominant force and gradually the traditional parents find themselves more and more helpless, isolated and alienated from their children.

Faced with this helpless situation, the parents decide to correct their mistake and start a process of Islamisation for their children. They buy them Islamic books, sign them up for Quran classes offered in local mosques and other Islamic institutions, and some even take their children out of public schools and enroll them in Muslim schools. By doing this, the parents hope to encourage in their children a sense of identification with Islam, and to create in them a sense of pride in being a Muslim. Yet in many cases these efforts do not produce the expected result. The reason for this failure lies in the fact that a good number of parents do not have a comprehensive knowledge of Islam to be able to present it as a viable alternative to other religions and ideologies. As a result they insist that their children follow Islam on the basis that this is the religion of their parents and the source of their pride. Furthermore this sense of pride is usually presented in a nationalist context, teaching children to feel proud that their parents and their ancestors are from a particular Muslim country such as Afghanistan, Egypt, India, Iran, Pakistan, Somalia, and so on. This nationalistic presentation, however, is counterproductive since it creates the impression that what is important is not being a Muslim, but is being a Muslim from a specific country. In other words the children learn to take pride in their cultural heritage, rather than in their Islamic identity. Thus the source of our pride becomes our particular country and our particular history rather than the truth of Islam and the common glorious history of the Muslim Ummah.

Our national historical background is, undoubtedly, an important component of our identity, and it is therefore perfectly understandable that it should inspire a sense of pride and dignity in us. Yet the true source of our pride should definitely be our adherence to Islam, the most perfect religion and the most complete way of life. As the fastest growing religion in the world, Islam has been chosen by countless eminent Western scholars, scientists, artists, and top athletes who have seen the inherent value of Islam as the ultimate source of guidance for solving the problems of mankind. We should teach our children Islam, not because it is what we believe in, but because it is the objective truth whether we agree with it or not. We should raise our children as Muslims not because we are Muslims, but because Islam is the best way of life for any time and any place. We should take pride in our Islamic heritage not because it is our cultural background, but because Islam has produced one of the greatest civilizations of history. In short, the value of Islam is not because we are Muslims, rather our value is because we are following Islam. It is in this fact that we should take pride and it is in this light that we should feel proud to be Muslim.

Previous: The Spiritual and Health Benefits of Fasting in Ramadhan
Next: Historical Perspective on Halal Certification 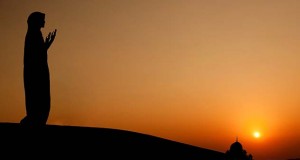 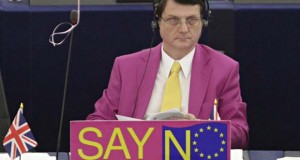