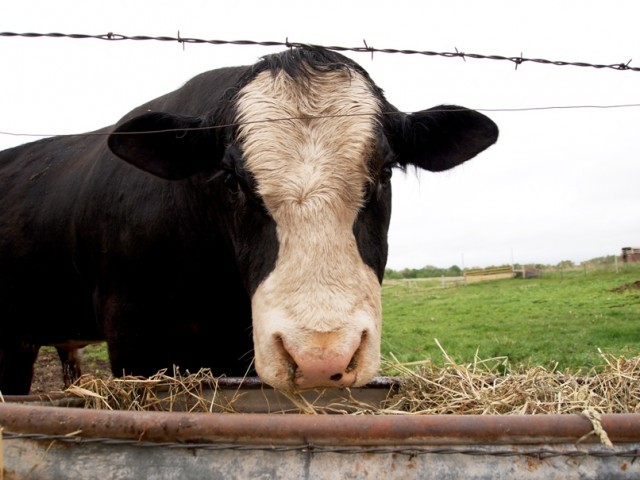 WARSAW / VILNIUS: Poland’s Muslim community decided Tuesday to refrain from the ancient tradition of animal sacrifice for the Eid al-Adha holiday amid protests by animal rights activists and a controversial ban on halal slaughter.

“For the first time in hundreds of years, there was no ritual slaughter here today for the Eid feast,” Michal Adamowicz, a spokesman for the community, said Tuesday in the Muslim Tatar village of Bohoniki, eastern Poland.

The country’s top Muslim leader, Mufti Tomasz Miskiewicz, said his community was suffering a “witch hunt” as activists protested against halal slaughter near a small wooden mosque in the village, where other Muslims appeared ready to slaughter sheep.

Several hundred descendants of Muslim Tatars, who arrived in Poland three centuries ago, live in the area.

Muslim and Jewish ritual slaughter was banned in overwhelmingly Catholic Poland on January 1 after the Constitutional Court deemed it incompatible with animal rights legislation.

On July 12, lawmakers struck down a government bill that would have reinstated the practice, angering the religious communities, as well as farmers and exporters of meat to Israel and Muslim countries.

The industry exported up to 350 million euros ($460 million) worth of kosher and halal meat a year before the ban.

European Union rules on livestock slaughter are designed to minimise animal suffering, but religious groups are exempted from a requirement that animals be stunned before death.

Under age-old kosher and halal rules, animals are killed by slitting their throats without first being stunned.

Leaders of Poland’s Muslim and Jewish religious minorities argue the ban violates their constitutionally guaranteed religious freedoms, and the Jewish community has asked the top court to rule on the matter.

Polish Muslims also say the ban, which has spurred intense debate both at home and abroad, is invalid under European law.

“Please respect our rights, please respect the Constitution and the heritage of Muslims and Polish Tatars, without emotion, in a civilised way,” Miskiewicz told reporters.

Government reaction on Tuesday was mixed.

But the agriculture ministry issued a dry statement that by law animals must be stunned before being slaughtered on licenced premises.

The Jewish and Muslim communities each number around 20,000 to 30,000 in Poland, an EU member of some 38 million people.

Lithuania on Tuesday took a step towards legalising the ritual slaughter of livestock for food, seeking to expand its exports after neighbouring Poland imposed a ban.

In the first reading, 51 lawmakers in the 141-seat parliament voted in favour of legalisation and two against, with seven abstentions.

According to EU law, animals in Lithuania and other member countries must be stunned before slaughter.

Kosher and halal slaughter require that an animal be killed by slitting its throat without first being stunned.

Two more parliamentary votes and a presidential signature are needed to approve the law that would exempt religious communities from the requirement.

“We would be pleased if the law is adopted. It could encourage exports and would also be important for the local community,” community leader Faina Kukliansky told AFP.

The Jewish and Muslim communities each number around 3,000 people in the Baltic nation of three million people, which joined the European Union and NATO in 2004 and currently holds the rotating EU presidency.

Ritual slaughter was banned in EU neighbour Poland on January 1 after its Constitutional Court deemed it incompatible with animal rights legislation.

Polish farmers and exporters of meat to Israel and Muslim countries exported up to 350 million euros ($460 million) worth of kosher and halal meat a year before the ban.