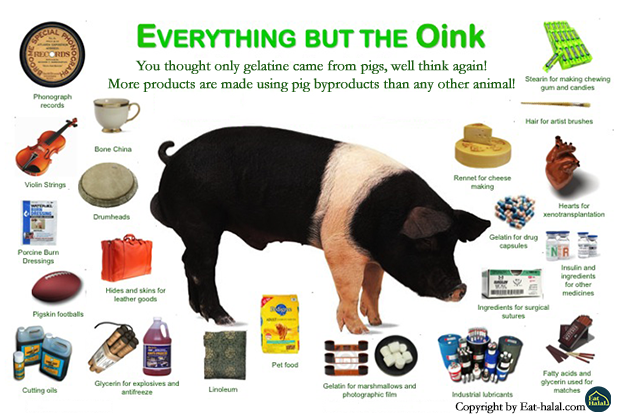 Just recently, Malaysians have been astonished after the Health Ministry stated that two Cadbury chocolates have been found to have pig DNA.

Later tests by the Department of Islamic Development Malaysia (Jakim) has confirmed that there were no traces of pig DNA in chocolate products and thus were deemed halal.

We might have a tendency, as consumers, to have a sense of being cheated and become far watchful about halal items that are declared haram prior to making a switch back again to getting declared halal.

But, the responsibly to make the commitment to make the essential verifications and testing or the restoration of public confidence lie solely with the authorities. Whichever might be, as consumers, we now have the ability to make alternative choices. 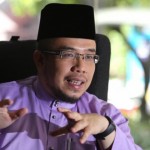 Any food at its origin stage is halal until proven to be haram. Therefore, any food that is alleged to be haram without any certification, remains halal, says Associate Professor Datuk Dr Mohd Asri Zainul Abidin.

Former Mufti of Perlis, Associate Professor Datuk Dr Mohd Asri Zainul Abidin said that Muslims must go to the root of the existence of every source on this planet.

Each and every Muslim has the right by law to read, evaluate listen and make the decision for themselves which view he or she desires to adhere to based upon arguments presented to them.

“Any food at its origin stage is halal until proven to be haram. Therefore, any food that is alleged to be haram without any certification, remains halal.

“Jakim is the authority that has the necessary capabilities in such analysis and certification of halal products.

“So, consumers should not feel guilty if they have consumed te product. Furthermore, the original methods that complied with the halal regulations were verified and confirmed by the analysis conducted by legitimate authorities,” he said when contacted by Malaysian Digest.

Mohd Asri added that those who make claims of products being non-halal must provide sufficient evidence and reasoning to support their allegation.

“Islam is an open minded faith which always acknowledges truths and facts.

“Then, Muslims also have to feel concerned how to respond to their deeds before God in the Hereafter, not just react to emotions,” he pointed out.

According to Prof Madya Datuk Dr Mohd Asri Zainul Abidin, a former Perlis mufti: if Gelatin or DNA derived from pigs has gone through a process of transformation, based on the Islamic principle of istihalah, it could be deemed halal. 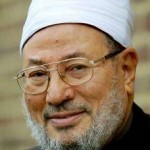 His comments were reflecting on the views of the well-known Islamic scholar Dr Yusuf Al-Qardhawi, in who’s’ opinion gelatin, even if derived from pigs, is halal.

Doctor Mohd Asri, appeared to agreed with Yusuf when he said: “I say this is not such a big issue as there is no consensus on this particular topic amongst Muslim scholars themselves. There are different views on it,”

If one uses the concept of ‘istihalah’, elaborating on Dr Yusuf’s argument, Dr Mohd explained how something that is considered unclean can be in fact halal.

Istihalah is the definite transformation of the organic qualities of a proscribed chemical or ingredient into a different substance with another name, new or varied attributes or qualities.

“In simple words; the transformation in the nature of a compound having gone through this particular procedure is known as istihalah,” he stated.

Giving explanation to this on his Facebook page, Doctor Mohd Asri, gave the analogy of fertilizers employed for growing bananas.

“It does not mean that a banana is unclean because the fertilizer used to grow it was unclean, Bananas are halal!” he explained.

Also, he cited types of wine alcohol which is converted into vinegar; or the carcass of an animal that had been dissolved into salt or soil.

The same argument is used by the European Fatwa Council, Al-Qaradawi, and al-Zuhaili Wahbah. Dr Asri claimed. Their views on pig DNA was found widely quoted for the manufacturing of food and goods worldwide now.

When something dirty has gone through a process that cleanses it from its original nature, it will not be evaluated because it has transformed into something else. 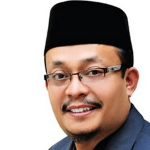 However another locally prominent Islamic religious scholar Ustaz Kazim Elias rejected the fatwa issued by Dr Yusuf Al-Qaradawi, and did not agree with Dr Asri’s explanation.

Kazim demanded Muslims must comply with stipulations layed by our deen that has been used as a guide for Muslims in Malaysia.

“All religious sects uphold that if something that has a connection to pigs cannot be consumed as it will become a part of our body.

If the food we consume is halal then our destination is heaven,” he said, “But If the food is haram, we will end up in hell.

The laws governing halal and haram diet are a serious matter and should not be underestimated by anyone.

Ustaz Daud: Jakim Should Give A Clearer Guideline 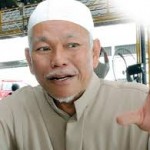 Consumers have the right to choose, but having the knowledge on products helps, says Ustaz Daud.

Ustaz Daud says that Jakim should be more effective and clearer in its methods in determining the status of food production and marketing in Malaysia.

As responsible body, Jakim should ensure that details of its halal certification must be thorough in order to avoid exploitation by irresponsible parties, he said.

“All statements issued must authenticated so as not to impede public trust.

“Jakim has the right to investigate if doubts are raised on matters such as usage of tools, contents and moulds in food production plants.” he said.

He added that, the public has the right to reject porducts that continue to raise doubts over its halal legitimacy.

The countr’s Perak Mufti Tan Sri Zakaria Harusanni emphatically claimed that the components that are forbidden in the Islamic faith will still be regarded illegitimate even though they have undergone a transform professional.

Based on the Perak Mufti, the word “istihalah” (the process of alternation in a chemical that allows the type of material transformed into halal haram) that is used by a number of events, cannot be utilized for a schedule to justify something, specifically in the case of Malaysia.

“Usually do not go around talking in a matter of this issue. It’s a case of halal-haram. Additionally, this case will not in shape the situation applied right here, “he explained. “There are numerous legal places which can be used by Muslims, so should not be employed Istihalah concern,” he said.

If the material has been mixed with halal haram, then the item will be considered halal haram in Islam, further, he stated that.

“It must be remembered, if in emergencies only permissible use of illicit material, for example in the medicine. If one patient is required to make the immunization of pig DNA material available with the aim of saving his life and there is no other alternative, eating it should be done. ”

In step with the statement of Mufti of Perak, Selangor Mufti Muhammad Datok Tamyes Abdul Wahid also mentioned the same. Based on the sort of fabric which has been blended with pork nonetheless regarded as against the law despite compound is different.

“If you find nevertheless a pig product from the fabric, then continue to regarded as illegitimate. Only food accidentally contaminated pork only element that can still be forgiven, if deliberately using pig then the material automatically forbidden, “he said.

Meanwhile, Sheikh Abdul Halim Abdul Kadir, as authorities Ulam Organization of Malaysia (PUM) confirms which not all cases may be described as’ Istihalah “as the principle is different. For whatever meals they have eaten illegal aspects keep dirty and Muslims really should not be considered istihalah it.

“There should equate the term Istihalah the case we plant trees to use as fertilizer unclean items by entering the forbidden objects such as DNA into pig food. Growing shrubs employing unclean points differently because we use it in the earth and growing trees and shrubs which we set out items that failed to throughout the unclean supplies. But in the case of foods by accident together with unclean items, legal requirements was clearly keep unclean food items, “he was quoted saying.

Previously many parties in Malaysia to legitimize their activities subject mixing with the haram halal products utilizing the newest fatwa of Sheikh Qaradawi. In his fatwa of Sheikh Qaradawi reported that animals which includes pigs kosher gelatin found in meals products, including gelatin pig after it transformed into one more substance. In accordance with Qaradawi, what the law states set count on illat (simply because) there and they are went. In this instance, illat describes materials which are not re-develop

Pig DNA in Cadbury Chocolates, Istihalah and the different views
&nbsp; Just recently, Malaysians have been astonished after the Health Ministry stated that two Cadbury chocolates have been found to have pig DNA. Later tests by the Department of Islamic Development Malaysia (Jakim) has confirmed that there were no traces of pig DNA in chocolate products and thus were deemed halal. We might have a tendency, as consumers, to have a sense of being cheated and become far watchful about halal items that are declared haram prior to making a switch back again to getting declared halal. But, the responsibly to make the commitment to make the essential verifications and&hellip; 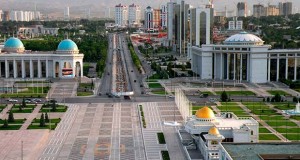 Malaysia wants Turkmenistan to be its halal hub in Central Asia