‘Western finance was like a bubble of sticky froth, from which a few “real” assets had been spun and re-spun’ 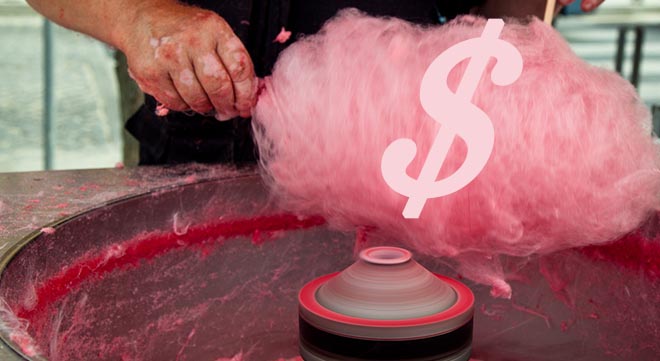 Seven long years ago, I had a chance to meet Sheikh Muhammad Taqi Usmani, a Pakistani scholar who is also a leading expert in Islamic finance. It was an unexpectedly memorable conversation. Back then, during the height of the credit bubble, there were very few people who expressed strong criticisms of how western finance worked. But Usmani was scathing. Most notably, he bewailed the tendency of American and European banks to create money untethered from any real assets; or, as he put it, to spin “derivatives out of more derivatives”.

Indeed, to Usmani it seemed as if western finance was almost akin to a giant ball of candyfloss: a bubble of sticky froth, from which a few “real” assets or economic activities had been spun and re-spun to support numerous ephemeral financial deals, much in the way a tiny piece of sugar can be used to concoct a giant puffball. “Western banks create money from money,” Usmani told me, contrasting this with the world of Islamic finance, where “money is always backed by assets” and relies on “equity financing not debt”.

Today, such criticisms no longer look quite radical – or unusual. On the contrary, following the collapse of the credit bubble even men such as Alan Greenspan, the former chairman of the Federal Reserve, are fretting about the inexorable expansion of western finance. And, if you listen to American Tea Party activists discussing the tottering piles of American debt and exploding money supply, their concerns (ironically) sound rather similar to those of Usmani.

In the past few days I have had reason to ponder Usmani’s words again. Late last month, George Osborne, the British chancellor, announced that the UK government plans to issue its first “Islamic bond”, or a debt instrument that complies with Islamic principles. The news has provoked cynicism in some City quarters, since it seems something of a diplomatic ploy. But, to my mind, this partly misses the point. For whatever Osborne’s motives, one benefit in having a British Islamic bond in play is that it might prod more people to glance at the principles behind Islamic finance. And those ideas are thought-provoking, for Muslim and non-Muslim alike, since they present a vision of money that is refreshingly different from the ideas that 21st-century western financiers and consumers take for granted.

What are these core principles? The central issue is a belief that usury is morally and religiously wrong (haram). In that sense, then, Islamic scholars echo the precepts of the medieval Christian church. Observant Muslims are not supposed to make or receive loans with any interest. But another crucial point is that debt as a whole is discouraged: Islamic finance prefers to finance business and government via investors who share risks, ie with equity.

And Islamic scholars hate the idea of using money to make more money, as a game in itself. Instead, they believe that financial flows should be tethered to tangible productive enterprises or trade, since money should serve the “real” economy. This is very different from the embedded ideas of 21st-century western finance or banking in previous centuries.

In the 20th century, some Islamic financiers started to build financial structures that complied with these ideas (say, by creating risk-taking “banks”). And, ironically, these days western banks such as Deutsche Bank, Citigroup and HSBC have now jumped into the fray too, borrowing modern western financial innovations, such as securitisation, to dance around Islamic strictures.

Some of this activity looks contradictory, if not comical: like the church of medieval Europe, there is a whiff of hypocrisy and religious arbitrage. But notwithstanding that, the fact remains that the core principles – if not all the practice – are fascinating. After all, the idea of tethering our financial system more closely to the “real” economy and tangible, productive enterprises seems distinctly appealing these days. Likewise building a system around equity, not debt, with a less financial candyfloss. Indeed, perhaps the really curious issue here is not that Islamic scholars are promoting those ideas but that other religious groups have not been trumpeting them on moral grounds too. Yes, the new Archbishop of Canterbury has appealed for bankers to behave in a more moral way but why didn’t the Church criticise western finance more loudly before 2007? Why is nobody demanding Christian bonds to support infrastructure spending, say?

It would be an intriguing question to ask when, or if, those Islamic British bonds ever appear. Finance might just possibly be one area where religions could learn from each other.

Previous: Opinion: Islamic bonds and the lessons India can learn from UK
Next: Islamic Banking: A Guide to Personal Loans in Malaysia: What to Look Out For