Opinion: Turbulent year for Halal in the UK

Following incidences of pork contamination, the UK halal sector has had a turbulent year and the issue of who should be responsible for monitoring the sector is not yet resolved, as Nicholas Robinson reports. 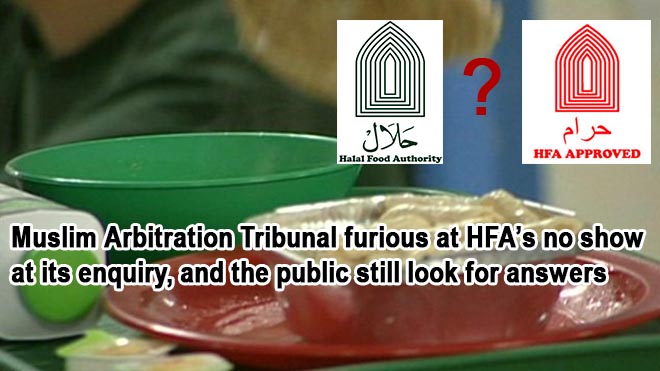 Turbulent does not begin to describe the past eight months in the halal meat sector. Even before the pork contamination scandal in February, the halal industry was already blighted by politics surrounding stunning and automation.

Although the to “stun or not to stun” argument is still a burning issue, recent events have given the halal meat sector something tougher to chew.

In February there was uproar from the UK’s Muslim population, when a small amount of ‘halal’ pastry products, made by an Irish producer for Muslim prisoners in the UK, were discovered to be tainted with pork DNA.

It was made apparent that the Halal Food Authority (HFA) accredited the company responsible for manufacturing the pastry products and the discovery resulted in the HFA being severely criticised by other halal organisations and mosques. The incident also saw the processing company in question stripped of its HFA accreditation.

The HFA, a private limited company, was invited to attend a “public inquiry” held by the Muslim Arbitration Tribunal (MAT) in July to discuss the contamination incident.

According to the MAT McColgan says the products it supplied in this case received halal certification from the HFA and “certification involved substantive consideration of the ingredients of each of the products, along with production processes at our client’s premises”. Meanwhile MAT said it was told by 3663 that it was not a producer and its position in the supply chain was that of a distributor.

The HFA’s no-show left the MAT’s questions unanswered and the organisation hot under the collar. However, chief executive of the HFA Saqib Mohammed says the HFA did not attend the MAT because he felt it was a business issue and not something that should have been held in the public domain. “It was not a trial, it should not have been held in the public domain,” he says.

Since the incident, Mohammed says the HFA has been working hard to build on standards. “We are doing more unannounced audits to ensure they [the premises] meet certain criteria before they can be used for halal production.” He also explains the organisation is looking to impose penalties on companies that break HFA certification rules and “trying to take away non-compliant companies”.

Mohammed points out that the pork contamination issue was not just confined to the HFA, and is also just one of several issues facing the sector. He says the government needs to do more to police the halal sector and insists that a move towards the way the industry works in Australia and New Zealand would be beneficial to the UK industry. “We may need to follow the model of New Zealand and Australia, where the government monitors all of the actions of the processors,” he says, adding that his organisation will propose the idea to the Department of Environment Food and Rural Affairs (Defra) soon.

Naved Syed, managing director of halal meat company Janan Meats, also questions why the government does not address the issues in the industry in a bid to create uniformity on standards.

“Unfortunately it’s not going to change without government intervention. First you try without it and it hasn’t happened. If someone has done something wrong, they have to be held accountable.” He says the government should hold companies accountable and insists that the industry should be working from FSA guidelines on issues such as stunning and automation.

For the industry to overcome the issues, says Syed, some sort of drastic action has to be taken and the certification organisations need to have fewer variations between standards. “How do we know as Muslims what is going into the pack? There are so many cloak-and-dagger tactics that we don’t know who is doing what,” he says.

Despite some in the halal meat sector calling for government intervention, there are others who do would not trust in the government’s ability to monitor the industry. “I don’t think the government can police anything,” says Halal Authority Board (HAB) head of certification Shaykh Tauquir Ishaq.

“The FSA sent out a questionnaire asking if we would accept 1% contamination in our food [which is not acceptable]. I don’t trust them but I trust our auditors.”

Ultimately, however, the final decision on whether or not apply legislation to the halal meat sector is up to the government. In the past farming minister David Heath has told MeatInfo.co.uk that the government would not get involved and said it was up to the community to deal with halal certification.

“While government does not set the rules on the methods and production of halal and kosher food, we are clear that consumers must not to be misled,” a Defra spokesperson says. “All food businesses are responsible for ensuring that any products sold as halal or kosher have been certified by the appropriate accreditation bodies.”

The FSA also rejected responsibility for halal certification; in a report in June, FSA legal director Rod Ainsworth outlined the organisation’s role in relation to the contamination of halal food at an FSA board meeting. However, Ainsworth explained that, like Defra, it was not to say there was no role for regulatory enforcement action “where food is wrongly claimed to be halal”. He also noted that, in the past, the FSA had issued guidance to local authorities and this guidance “is being reviewed in the light of recent events” and is to be reissued.

Although government appears ready to intervene if there is a chance that consumers are being misled, at the moment the halal meat sector is going to have to deal with certification itself.

Despite little intervention from the government, word in the industry is that certification bodies are more conscientious following contamination issues. “It is moving on in a much better [way than it] was, there’s compulsory DNA testing at many stages of the food chain and there’s more serious and more powerful auditing going on as well by the halal auditors,” Ishaq says. “It is moving in the right direction and people are trusting sellers.”

He also explains that the contamination issue gave certifiers a much-needed “kick in the backside”. And says this has led to food companies having to be more “firm and rigorous” in their operations. And much like the horsemeat scandal, he speculates the pork contamination issue was one of fraud. “This was an incident of fraud, it was to keep costs down,” he says and claims pork contamination in halal meat products was caused by processors trying to meet their clients’ demands through cutting costs.

Nevertheless, issues with UK certifiers are having an effect on the country’s ability to export halal meat to the likes of the United Arab Emirates (UAE). Ishaq says part of the problem is to do with how the UK is still perceived following BSE and foot-and-mouth disease, although he adds that trust in UK meat is improving.

But there are those who say more can be done to tap into the $300bn global halal market. Executive director of Euro Quality Lambs Rizvan Khalid explains that an industry standard is necessary to move forwards with exports of halal meat. “There needs to be an assurance standard mark, this could be used to market it to the Middle East.”

Khalid also explains that to get any form of assurance scheme working, the industry “needs to be more transparent as to what halal labels stand for. It’s not enough for Muslims to say it is halal. It needs to be more detailed.”

Syed also draws on this point and says: “If you open that export market, then they are going to ask who is going to certify it. You have got to get the right people in to get the job done. If the export market was open, that would bring £12bn in overnight.” He is also critical of red meat levy body Eblex, claiming they are not doing enough to open up export markets to triple the value of the £3bn UK halal meat market.

Yet Nick Allen, Eblex sector director, says a lot of work is already being done to export more halal meat.

“We have worked hard to open up the Middle East and we have got more involved in the halal side. It is a massive market out there – there’s no doubt about it – but it’s only worth exporting if the price is right and you cannot just look at this in terms of what is out there, saying there are tons of people buying lamb, because they want it cheap.”

However, he says there is a lot of work to be done by Eblex in terms of the halal sector. “I am not uncomfortable saying this: [with regards to] Eblex’s activity in the halal sector, there is more to be done and we can offer more – I’m open about that.” Allen also explains that the opportunities in the halal meat export market have to be sought properly and it would be unwise to dive in without looking at the right markets first.

Looking ahead, the next 12 months in the halal meat sector should prove positive. Although it took a contamination scandal to bring the issues within the sector to light, they are now being dealt with. However, whether that will be enough to change the industry and calm the gripes remains to be seen.