BSE highlights the importance of animal feed yet again. 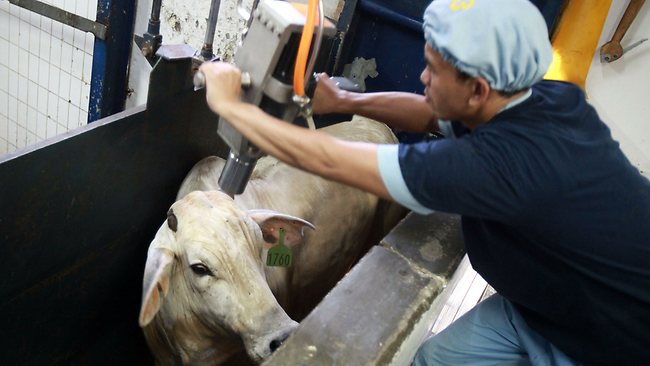 Is Captive Bolt Pistol Stunning, Halal? Many Muslims are still stuck on this issue, where as no one is aware of the bigger danger with Animal Feed.

Muslims in North America in recent years have seen a steep rise in the number of Islamic-oriented food stores, which have doubled in numbers. If you go down Dundas Street in Mississauga, Canada, or take a stroll through Dearborn, Michigan and you will see nearly a huge selection of halal food and meat stores festooning the vicinity. The first state to pass a consumer protection law that specifically deals with issues of halal food was New Jersey back in the year 2000. This Legislation promulgated guidelines that must be followed by sellers and distributors when labeling foods as halal. For once leading a life in accordance with the Islamic ethos, seemed to become easier in North America.

That perception seemed to have been shattered by a number of incidents earlier this May, which until recently went almost unnoticed and kept under wraps.

In 2003 Canadian authorities announced that an eight-year old Alberta cow had fallen to Bovine Spongiform Encephalopathy (BSE), otherwise known as Mad Cow Disease. Canada’s Agriculture Minister, Lyle Vanclief, immediately went into damage control to claim that the Alberta cow would not be allowed into the food chain. Thousands of cows and other livestock were subsequently culled throughout Canada while Japan, the United States and other countries slapped an import ban on Canadian meat products.

While scientific research indicates that one in every million cows may develop BSE sporadically when brain proteins become toxic, the outbreak of BSE in Britain in the late 1980s was attributed to improper feeding practices – cows and other livestock were fed the remains of other farm animals.

When humans ingest meat from an animal with BSE, they contract the human form of the disease, Creutzfeldt-Jakob disease, and suffer paralysis and death.

The prospect of BSE in Canadian livestock and the quarantine of many thousand heads of cattle have raised alarm bells in Muslim communities throughout Canada. While the halal standard monitored and adjudicated the slaughter of cattle according to strict Islamic principles, there has been to date no formalised mechanism to monitor or check feeding practices.

An animal which is slaughter according to Islamic Zabihah method is considered halal when it was fed on halal diet (Needless to say that it must not contain animal protein. N.B: This excludes fish etc.)

“Eat and drink of that which Allah has provided and do not act corruptly, making mischief on the earth.”  Al-Baqarh (2:60)

Many Muslims, in fact, are not even aware of the halal classification according to the Quran when it comes to animal feed, which goes past just monitoring the prescribed method of slaughter for animals.

As outlined by strict Islamic law and guidelines, a slaughtered animal is considered halal when its feed is also considered halal; feed therefore plays an important role in halal classification for meat and poultry. Feed for animals must be from a vegetable source; no animal protein based feed is allowed. (N.B: This excludes fish etc.). 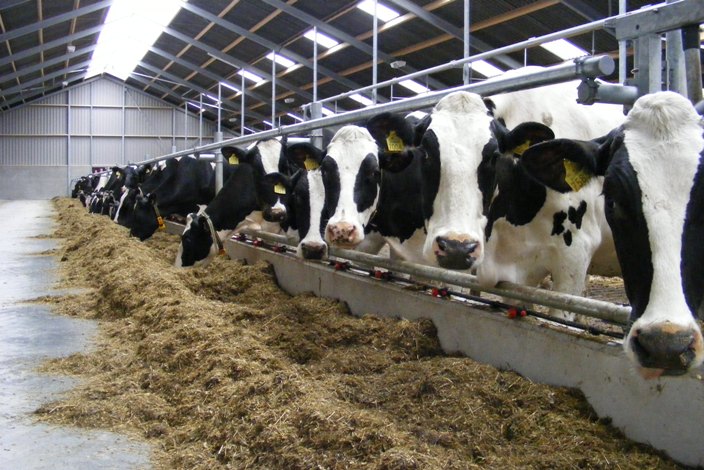 If you go even further, you would note that growth hormones that are widely used in the industry to increase both mass and reduce production time are not permissible as they are most commonly prepared with pork or pocine based ingredients. The traditional stunning practices which are used to kill the animals before they are actually salughtered are also forbidden. And it is vital that all flowing blood is drained out of the carcass before any further processing is carried out.

Sheikh Ahmad Kutty, an Islamic scholar from Canada, says that the matter of appropriate feed for livestock never occurred to him or other Islamic scholars before the BSE outbreak.

“This issue provides a challenge for us Muslims to ensure that our Islamic standards are enforced not only in slaughtering animals but also, even more importantly, in the way they are bred and treated,” said Kutty.

Kutty emphasised that animal feed is a core issue when it comes to meat and poultry for halal consumption, and alot of consideration should be given to it when preparing livestock for halal meat production.

“[Feeding] is far more crucial and important from a shari’ah point of view than the customary issues often raised by the Muslims such as machine slaughter versus hand slaughter; stunning or not stunning or whether one can eat what is slaughtered by people of the book (Christians, Jews, and Sabaeans),” he explained.

Ahmad Sakr who is a California-based professor emeritus of Food Science and author of “Understanding Halal Food” and “A Muslim Guide to Food Ingredients” recently told soundvision.com that some halal meats may actually not be halal at all, primarily because of what the animal is fed.

“Islam dictates that if an animal has received meat and/or blood while it was halal, it becomes haram and in order to become Halal you have to put that animal in a quarantine area for 40 days before you slaughter it to make it Halal,” Sakr said.

What is  the Muslim community doing about Animal Feed?

“This is beyond our control, it is a government issue and they regulate feeding practices,” says Ehsan Sairally, Canadian representative of the Islamic Food and Nutrition Council of America (IFANCA).

Sairally urged Muslim communities in Ontario not to confuse the issue of BSE with halal, pointing out that BSE has struck only one cow in North America (Alberta) to date. He stressed that Ontario beef and meats were safe and fully halal, citing differing legislation between Ontario and Alberta, where the BSE disease was first detected.

On May 28 2013, the Canadian Food Inspection Agency (CFIA) reported that “meat and bone meal potentially containing material from the infected cow was used in the production of dog food. There is no risk to human health from handling this product.”

Three quarantined British Columbia farms under “ongoing animal feed investigation” will have their livestock (60 animals) depopulated (destroyed) because “it could not conclusively be determined that ruminant animals on these premises were not inadvertently exposed to poultry feed”.

“We [Muslims] are only allowed to feed cattle and livestock diets that are natural for them as a species, not bits of animals or feed made of animal fats,” says Sheikh Kutty.

BSE will probably open up a whole new area for debate in Canada’s Muslim community, which have until recently focused exclusively on slaughter methods in determining whether meats are halal.

Previous: Research: Oreos May Be As Addictive As Cocaine
Next: Opinion: Eid al Adha and tiding over contradictions 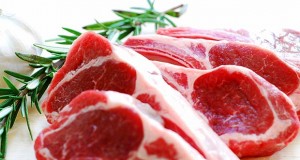