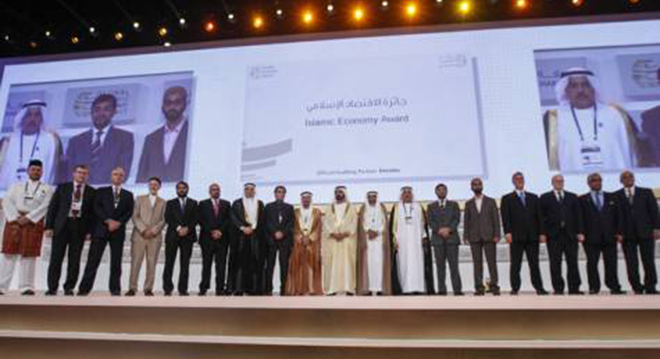 In one week, Dubai hosted two major Islamic finance conferences — the Global Islamic Economy Summit, or GIES, under the patronage of His Highness Shaikh Mohammed bin Rashid Al Maktoum, Vice-President and Prime Minister of the UAE and Ruler of Dubai; and the World Islamic Retail Banking Conference, or WIRBC.
At the GIES, Islamic Development Bank president Dr Ahmed Ali Madani was given the Lifetime Achievement Award for his contribution to the development of the Islamic economy. At the WIRBC, former prime minister of Pakistan Shaukat Aziz was given the Global Islamic Finance Leadership Award 2013.

Also in the same week, Dubai was voted as the host city of World Expo 2020 over three other G-20 countries, which were Brazil, Russia and Turkey.

This showcases two extremely important points: one, Dubai, as expected, has recovered from the effects of the global economic crisis and has created a more impactful buzz on the global stage; and, two, Islamic finance and the halal industry are back in the spotlight with a more interesting story with support of its core stakeholders — delegates and sponsors.

Query: Is Dubai an indicator for the pulse of Islamic finance and the halal industry going forward?

At a jet-engine altitude of 35,000 feet, the $1.3 trillion Islamic finance and $2.7 trillion halal industries are the new Brics story — growth stories in growth markets with growth demographics. Thus, there is a story here for financial intermediation linked to the real economy, including halal, deploying savings into “ethical” investments and insuring all aspects of the above.

At a helicopter level of 3,500 feet, it’s about establishing the blueprint on the road ahead with sign posts. It’s not about making Islamic finance bulletproof from market forces, which cannot be done, witness lessons from the bankruptcy of Arcapita, but establishing an enabling infrastructure that allows for the internationalisation of the phenomenon.

At the the grassroots level of three feet, it’s about making it conventionally-efficient on financing (cost of capital/credit and longer tenure and terms), expanding bandwidth of investing asset classes (market performance, but de-coupling from conventional counterpart benchmarks), insuring (achieve size by consolidation and building re-takaful to address premium leakage and customer service (as status quo not acceptable).

It’s also about establishing an environment for innovation, which implies access to risk capital, like crowd funding as part of financial inclusion. It’s about good governance and transparency, as there is confidence crisis after the financial crisis. It’s about establishing human capital development, which is as important as standardisation for Shariah, tax, accounting and regulations.

The GIES exceeded venue capacity at Mina Salaam, with 3,000-plus delegates, and only a minor drop in attendance on the second day. There was a buzz and electricity in the atmosphere about Islamic finance and the halal industry that has not been seen, heard or felt in many years.

Emerging markets guru Mark Mobius from Franklin Templeton, clearly articulated that Dubai, a “new” normal, is the best place in the region for ease of doing business and for investments, and on par with many financial capitals.

The 21st-century thinking about the two niche markets is being slowly shaped by Dubai’s ambition of becoming the capital of an Islamic economy. It’s about “beyond” halal food and Islamic finance, as now we are defining, describing and (Muslims) demanding their own products and services.

It’s about (Muslim) consumerism and the hundreds of billions of dollars behind it, from farm, food, finance, fashion, pharmaceuticals, fragrances/cosmetics, travel, hospitality, supply chain logistics/distribution, and so on. The market is there, but the approach is haphazard, hence, the focus on certification and accreditation (for halal) and standardisation (for Islamic finance), i.e., rules of engagement and enforcement, is a good starting point.

Certification and standardisation provides linear progression. For example, it removes uncertainty, which provides efficiencies, resulting in economies of scale, that attracts new entrants with their liquidity that expands the market, providing basis for consensus (if not harmonisation), which then develops the market.

Thus, it can be said the birth of the Accounting and Auditing Organisation for Islamic Financial Institutions, or AAOIFI, in 1991 began the process of removing uncertainties for Islamic financial institutions.

But, the rules are only effective if they are clear, easily available and accessible, and consequences for non-compliance or deviation.

The halal industry has two possible ways forward: one, halal industry stakeholders follow the path and process of establishing their own AAOIFI; or, two, have the AAOIFI expand its mandate/bylaws to the include halal industry and top it up with additional resources. Furthermore, as the IDB is one of its founders, the Lifetime Contribution winner, Dr Madani, should be easy to approach.

Finally, as Dubai does not host any Islamic finance industry bodies, it’s a good opportunity for the winner of World Expo 2020 to have an immediate imprint and impact on the way forward for the halal industry.

Islamic finance got a facelift at the GIES, as many speakers challenged the status quo and injected the halal Industry as an asset class consideration. Today, Muslims (and non-Muslims) are consumer investors in halal company products; they should also be stock investors in the same companies.

A graph, comparing three MSCI indexes — world index, Islamic world index and food production index from 2009 to end of October 2013 — showed that the food index outperformed the Islamic index and us more stable than a conventional index, and it had higher dividend payout, hence, ideal defence sector play.

Furthermore, an opportunity exists to refinance the riba-based balance sheet of many halal companies with sukuk and insure them with Takaful, hence, end-to-end halal offering and convergence with Islamic finance.

Islamic finance and the halal industry are $4 trillion Brics-type opportunity, and countries embarking on getting a piece of it via Dubai Expo 2020 must start planning, including defining their role of a sunset market participant that becomes a market regulator.

The Expo is a great opportunity for both Islamic finance and sukuk, much like the 2022 Fifa World Cup.

Previous: GIES & Expo 2020: Shanghai, Mumbai, Dubai or bye-bye!
Next: CIBE has Signed Deal to Promote Islamic Financial Products in France and the USA