By Susie Mesure – The Independent 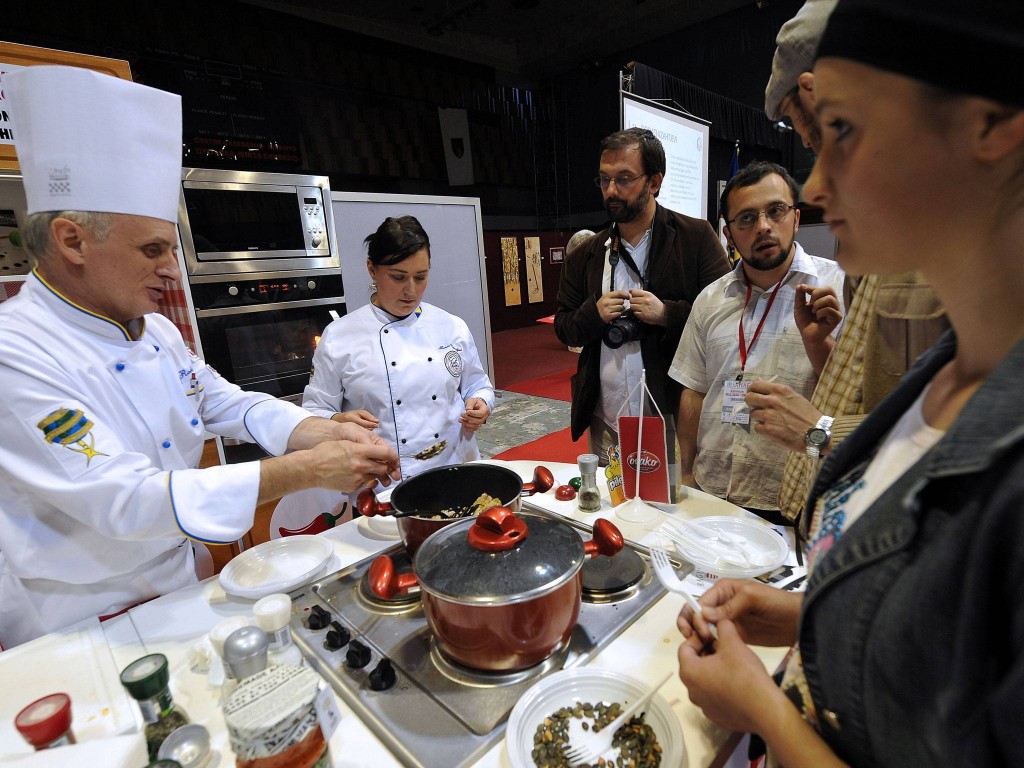 Their culinary buzzword is provenance; they know their Jamie from their Nigella; and they have the spare cash to splash on eating out, if they could only find the right restaurants. The catch is that any meat they eat must be halal, on either religious or taste grounds.

Meet the Haloodies, a growing group of food lovers who are bored of curries, fed up with kebabs, and long for nothing more exotic than a shepherd’s pie. Their increasing spending power has sparked a race among retailers, wholesalers and canny restaurateurs to carve out a chunk of a market that is worth about £420bn globally.

This week an estimated 20,000 Haloodies will congregate in east London at the Halal Food Festival, the world’s first gastronomic celebration of halal produce. All of the UK’s major supermarket chains are sending scouts to help them find ways to exploit the trend. Attendees can browse food stalls offering anything from hot dogs and sushi to French and Moroccan dishes without worrying how the meat was killed or even transported.

Imran Kausar, a doctor by training, who masterminded the festival, said British Muslims were no longer “economic migrants trying to make do [but] affluent and aspirational members of the middle class [who wanted to] expand their culinary horizon.” He added: “While typical British dishes have got more exotic, Muslims want the reverse. We want regular stuff like shepherd’s pie, which we see everywhere but we can’t try.”

Contrary to stereotypes, not all those planning to go will be Muslim by faith: there is a small but expanding group of people who opt for halal much as they might choose free-range or organic meat. Simon Teal, 32, a scientist at Pfizer who lives in Wimbledon, London, explains why. “The meat has more flavour, and cuts that you flash fry or grill, like lamb chops, are more tender than non-halal meat. Plus buying halal gives me more confidence about where the meat has come from in the same way that buying something that is organic or free-range does.”

Around 4 per cent of the UK’s population is Muslim, yet halal produce comprises more than 15 per cent of all meat sold in the UK, according to Saqib Mohammed, the chief executive of the Halal Food Authority, one of the two main organisations that regulate Britain’s halal food industry. “Some is exported but the rest is being consumed by non-Muslims,” he said, adding: “Educated non-Muslims are convinced that halal meat is more hygienic.”

One company seeking to profit from Britain’s taste for halal, worth an estimated £3bn, is DB Foods, the country’s largest meat wholesaler. It recently converted one of its warehouses to producing halal meat and will this week launch a new online business, halal2go, to sell direct to consumers pledging 100 per cent traceability. “It’s a bit morbid but you can ring and check who slaughtered it,” said Zac Johnson, of DB Foods. The move is in response to “strong demand”, including from areas that “aren’t always high-Muslim communities,” he added. “Our end game is to be the halal Ocado.”

Restaurant chains that are changing their menus include Pizza Express, which uses only halal chicken. One in five branches of Nando’s serves halal-certified chicken, and KFC is running a halal trial in about 100 of its outlets. The Meat & Wine Co steakhouse in Westfield Shepherd’s Bush even has a separate halal menu.

Although halal is most often used in connection with meat, the word simply means “lawful” and refers to any object, not just food, or action or behaviour that is deemed permissible under Islamic law. The issue can be incendiary, however, on both faith and animal welfare grounds. Dr Kausar admitted he is braced for protests. “An element of society will use this to express their anti-Islamic sentiments,” he said.

For meat to be considered halal the animal must be alive and healthy before it is killed, crucially with a single cut across the jugular. All the blood must be drained from the body, and the slaughterer must recite a special Islamic prayer as the animal is killed.

The point that arouses controversy is whether the animal has been stunned first: stunning livestock is compulsory throughout the EU but most member states, including the UK, grant exemptions to Muslims and Jews. That said, Food Standards Agency data published last year shows that 84 per cent of all cattle and calves slaughtered by the halal method in the UK in 2011 were stunned first.

Dil Peeling, of Compassion in World Farming, said: “It’s always sensitive. Halal principles could lead to better treatment of animals beforehand but there aren’t any assurances. We believe, and this is backed by science, that animal should be stunned before they are slaughtered and that can’t be guaranteed with halal slaughter, so that is a concern.”