By Rushdi Siddiqui The Malaysian Insider

Rushdi believes that a change agent must tell the truth to a benevolent dictator, religious hardliner, and compassionately connect with youth and have nots.

While Malaysia is leading in the sukuk and capital markets, the nation’s still lacks direction in the halal industry

It not only shows Malaysia’s leadership in the capital markets for the (56 country) Muslim world, the OIC, but, more importantly, the announcements are also building bridges to the (post financial crisis) ethical and responsible movements in Europe and US, estimated at US$2.2 trillion.

I hope we will see the following blueprint, in both areas, in the next few months.

(The only disappointment, for me, was the lack of direction on the Halal Industry, as Malaysia also positioned itself as Halal Hub. The conversation surrounding Halal industry in Malaysia must be taken to the next level as a resurging Dubai has made a commitment to an Islamic economy, where one leg of it is the Halal industry).

The concept of a Green Sukuk was raised in Dubai few years ago by the Gulf Bond and Sukuk Association, however, issuance has not yet materialised. The green concept, as many people equate it to the colour of Islam, for raising money and investing has not gotten traction in Islamic finance! Why?

For example, in 2006, whilst at Dow Jones Indexes, I led a team to launch the world’s first Islamic Sustainability index, however, no funds were launch off of it.

May be the concept of “positive” screening was ahead at the time, hence, market place was still trying to understand “negative” screening, when the Dow Jones Islamic Marker index was launched in 1999.

Furthermore, to my knowledge, not one Islamic bank is a signatory member of the Climate, Carbon or Equator Principles! Yet, Islamic banks have historical bias towards financing real estate and infrastructure projects, which obviously have an environmental impact.

To the enlightened, there is confidence that a SRI Sukuk will happen in Malaysia, as led by the globally recognised and highly respected Securities Commission.

Indeed, Malaysia is a Sukuk hub, based upon issuance, volume and secondary market trading. Obviously, details will be thought through, thorough and unveiled going forward.

I would hope, some of the attributes include:

The SRI Sukuk is also about impact investing and financing, a concept raised by the MD of Kazanah, Azman Mokhtar, at last week’s Securities Commission World Capital Markets Summit. Thus, it’s both intellectually and financially interesting, whilst showcasing our commitment to becoming responsible stewards for the planet’s future generations. 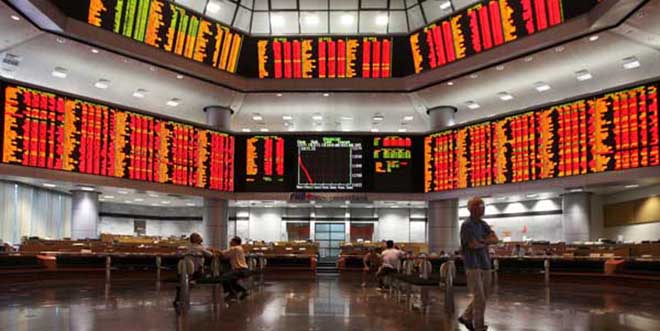 The proposed ESG index is the (equity) flip side of the (fixed income) SRI Sukuk, i.e., responsible citizenship. To build bridges to different communities, geographies and ways of investing/financing, there must be dialogue of aligned interests based upon common values.

It all sounds good on paper, but the challenge is actually establishing the blue-print, execution, and acceptance, i.e., funds with assets under management, otherwise it’s a good academic exercise.

There is precedence for an ESG index from the Muslim world. For example, in 2011, the S&P/Hawkamah ESG Pan Arab Index was launched.
S&P stated:

“It is now widely recognized that ESG issues can have long-term consequences for a financial performance, and linking stock market performance to ESG is perhaps the most effective way to highlight the concept of ESG… For the first time, the ESG performance of companies in the MENA region has been extensively researched, quantified and translated into a series of scores that will be used as the basis for an Index that will help raise awareness of a company’s impact on people, planet and profit…”

It has a vigorous and transparent screening methodology for inclusion, and has companies from 11 Arab countries: Bahrain, Egypt, Jordan, Lebanon, Kuwait, Morocco, Oman, Qatar, Saudi Arabia, Tunisia and the United Arab Emirates. Thus, for a region with a disproportionate contribution to carbon emissions, the index was a welcomed first step in realizing and highlighting responsible companies.

A Malaysian ESG index, whilst extremely important, may encounter the challenge of enough constituents companies and liquidity of these companies. Furthermore, it may encounter the same challenges of the MY-ETF, first Islamic ETF in Asia, launched in 2008, where Malaysia only exposure did not allow it to get the expected investors from the Gulf countries.

Nevertheless, it could still be attractive proposition, if:

Thus, an ESG index is about awareness, education and aligning investing to values. It is good and necessary step in building a responsible capital markets. It could also draw global patient investors into Malaysia, where their names may be more important than their money!

To build bridges, one must have a solid footing and foundation, otherwise the sustainability and scalability of the offering will slowly sink. The announcement of a SRI Sukuk and ESG Index is actually building a suspension bridge with expanding two-way lanes.
A good example of Malaysian leading OIC on responsible capital market development. – October 29, 2013.

* This is the personal opinion of the writer or publication and does not necessarily represent the views of The Malaysian Insider.