Home » Finance » Islamic Economy » Opinion: Islamic Finance – What’s In It For Me?

Opinion: Islamic Finance – What’s In It For Me? 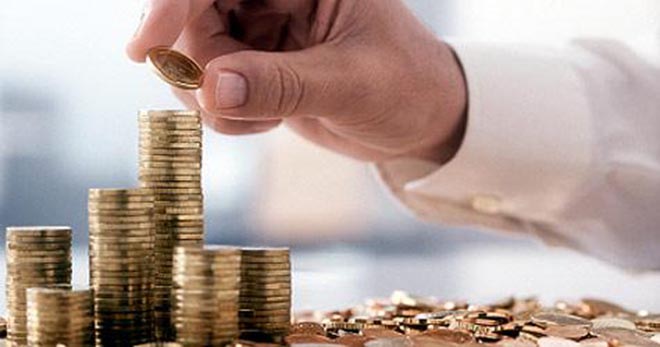 There is much to both venerate and praise about Islamic Finance. Its stated philosophy and principles are probably as close to a model for truly ethical and moral banking as has yet been developed and actually implemented on a wider scale.

The vital difference between Islamic “investors” and “depositors” within a conventional bank is that the former agree to share profits and losses whereas the latter do not. This holds especially true when it comes to the loss part.

In theory, therefore, a loss-making Islamic bank could and should pass on these losses to its investors who would see their investments reduced as a consequence. So far, this has not been put to the test in a major way and it is debatable whether an Islamic bank would actually be able to pass on its losses on a large scale, given that most investors regard their stake as a one way bet.

“There is much to both venerate and praise about Islamic Finance.”

However, wary investors would perhaps find the more prudent nature of Islamic financing attractive. Considering the fact Islamic banks suffered only a few scratches during the 2008 downturn, investors – usually a conservative lot – may now have more faith in asset backed banking.

Promise Me This Is an Islamic Bank

Few investors are not fully satisfied by the character and performance of the existing Islamic financial institutions. However, most express dissatisfaction that some banks are not Islamic enough, particularly those institutions featuring an “Islamic Window” or “Islamic Branch” only. However, the basic principle of backing up Sharia compliant products with underlying assets offers comfort to investors as far as the security of their funds is concerned. To overcome these perceptions, Islamic banks would have to create more awareness in the market and back their claims up with admissible rulings from Sharia scholars.

Am I Getting the Right Return?

This is a very thought-provoking and imperative question to be answered before making a careful decision on one’s investment. At times, there is a perception that Islamic banks are inefficient when compared to their conventional counterparts. Islamic banks sit on slightly higher outlays to cover the cost of Sharia compliance and the design of Islamic products. Therefore these banks usually offer slightly lower returns in comparison with conventional financial products.

However, investors expect a higher return from Islamic banks since there is an element of risk involved with Islamic products that, after all, can result in losses unlike a fixed and guaranteed return offered on the conventional products. Investors asking for better returns – “the higher the risk, the higher the reward” – is not unusual; however it seems that Islamic banks have a long way to go to meet these expectations considering practical challenges on their way.

Islamic finance is not just for Muslims. In fact, the attractions of Islamic banking have led to a proliferation of Sharia-compliant banks in non-Muslim communities. However, based on the majority opinion of contemporary Sharia scholars, Muslim investors have to pay Zakat on funds deposited in Islamic investment accounts along with the profit these funds generated.

At the time of Zakat calculation, the total deposit amount will be added to Zakat assets together with the profit available at that time. However, if the profit or part of it has been already spent it will not be added.

Zakat is an obligatory charity for wealthy Muslims. Its rate is 2.5% p.a. on Zakat-able assets whereas the return on typical short-term Islamic investment accounts barely reaches to 2% annually. Instead of turning a healthy profit, Muslim investors often pay from their principal the amount of Zakat due. Though it is binding on affluent Muslims to pay Zakat from their wealth to eliminate inequality, they also expect to generate decent net returns to grow their investments.

He is an associate member of Institute of Chartered Accountants of Pakistan and of the Pakistan Institute of Public Finance Accountants. Mr Bhatti is also a member of the Chartered Institute for Securities and Investment-UK for Islamic Finance Qualification. He has a Master’s Degree in Business Administration with a major in Marketing.

Previous: Malaysia: Local Cosmetics Entrepreneurs Should Venture Into Halal Cosmetics Sector, Says NCCIM
Next: USA: What did the Chicken on Your Plate Eat?