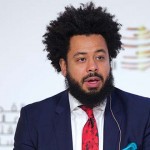 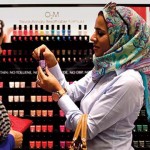 The halal sector is extending its reach to fashion, cosmetics and travel 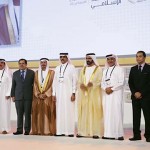 The Islamic economy is rising rapidly as a major economic paradigm driving growth in the post-crisis world and Dubai is quickly becoming a key hub in global sharia-compliant trade.

His Highness Sheikh Mohammed bin Rashid Al Maktoum, Vice-President and Prime Minister of the UAE, and Ruler of Dubai, inaugurated the first Global Islamic Economy Summit (GIES) on 25 and 26 November 2013, in collaboration with the Dubai Chamber of Commerce and Industry and Thomson Reuters. In the week of GIES, Dubai gave a vision to the world that also laid down a marker as to why the emirate should be taken seriously as the major player in the arena.

As things stand, halal is the powerhouse driving Islamic economies.

At the GIES, Thomson Reuters shared the fact that 45 days of preparation had yielded an event attracting more than 3,000 delegates from across the globe, and the unveiling of the State of the Global Islamic Economy report, in conjunction with DinarStandard. One of the report’s findings was that global expenditure of Muslim consumers on food and lifestyle sectors is expected to reach US$2.47tn by 2018, compared with US$1.62tn in 2012. Over the same period, Islamic financial assets are estimated to be US$1.35tn in total disclosed assets (2012) and growing at 15 to 20 per cent a year, taking the potential universe of Islamic banking assets in its core markets to be US$4.1tn. The report also highlighted challenges in areas such as standardisation and compliance, global positioning, supply-chain integrity, human-capital deficit, consumer education, venture financing and operational excellence.

The idea of “Brand Islam” was a key focus at the summit, with discussion points addressing the need for authenticity, balance and communication to better understand the Muslim consumer and the great economic opportunity that exists for the OIC countries and the Muslim world. The report also talks of larger synergistic opportunities – between different segments of the Islamic economy – existing for growth, investment and job creation.

Nearly 90 per cent of Indonesia’s population are Muslim, making it the most populous Muslim nation. “Islamic finance offers a valuable contribution to the global arena, post-crisis,” said Sapta Nirwandar, Indonesian Deputy Minister for Tourism. “Most crucially, it champions the importance of responsibility and restricts speculation to that gained from productive effort.” In Indonesia, an Islamic economy is to be used to attract domestic and foreign interest through taking a lead in the creative economies.

Islamic finance and banking has grabbed many headlines, but a recent survey by the World Bank, shows that only 2 per cent of the 5,000 Muslims surveyed in Algeria, Egypt, Morocco, Tunisia, and Yemen use Islamic banking services. So there’s still enormous growth potential.

And the positive note was taken up by the American economist Noriel Roubini, a speaker at the event. Roubini commented that Islamic finance represented a more resilient system. “It is less volatile and potentially more stable than conventional financial systems. The advanced economies can learn from the Islamic system in this respect,” he added. The OIC states had varied challenges, he said. “In the Gulf they are mostly oil-rich and the priority is to diversify, and the UAE and some other Arab Gulf countries have been quite successful in that respect.”

However, the State of the Global Islamic Economy report points out that potential consumers of Islamic economy are not only limited to Muslims but also to those outside the Islamic faith who share the same values. The report adds: “The value-based needs that are driving the Islamic economy sectors include the need for pure and ethical food, modest clothing, ethical financing, family-friendly travel as well as other services with religious practice and gender interaction considerations.” The report goes on: “While the prominence of the Islamic finance sector is already quite well-acknowledged, it is the halal food and lifestyle sectors that open up a whole new horizon of opportunities for the Islamic economy as a whole.”

This consumer demand for brand and product accountability mirrors a bigger trend where globalisation and mass production is juxtaposed with a desire for humanised and more cultural commodities linked to a code of ethics. So like switching from full fat Coke to zero, light or diet, or maybe even the recent launch of a new “green” Coca-Cola Life, the crescent moon of the green dinar is rising. Furthermore, the halal sector is extending its reach to encompass cosmetics, fashion, pharma, tourism and professional services.

The State of the Global Islamic Economy report illustrates potential growth in the travel sector, highlighting family-friendly, hotels and resorts such as the Caprice Thermal Palace in Turkey and Al Jawhara Hotels in UAE for those sensitive to Muslim values, with halal food, no alcohol, segregated beaches, swimming pools and spas. According to Ibrahim Issa, a representative from Emirates Airlines, the company is able to produce 120,000 halal meals per day across all of its flights.

Halal is an Arabic word that has recently become the most popular way to indicate which products and services are deemed permissible according to Islam. While Muslims are empowered to make their own judgements as to what is Halal, use of this term is now commonly associated with a logo, issued by a certifying body. Previously, consumers in Muslim majority countries held the opinion that halal ingredient branding was of little need. But in the wake of recent food and pharma scandals, increasing numbers of Muslims and non-Muslims are seeking reassurance through an additional layer of certification and quality control – alongside other trends such as organic and Fair Trade. Significantly, while Malaysia has traditionally been used to certify products in the UAE, in the week of GIES, Dubai announced that it will be setting up its own accreditation body.

With Dubai recently named as the host of next year’s World Islamic Economic Forum – also known as the ‘Davos of the Islamic World’ – it will be fascinating to see just how much of this potential has been met.