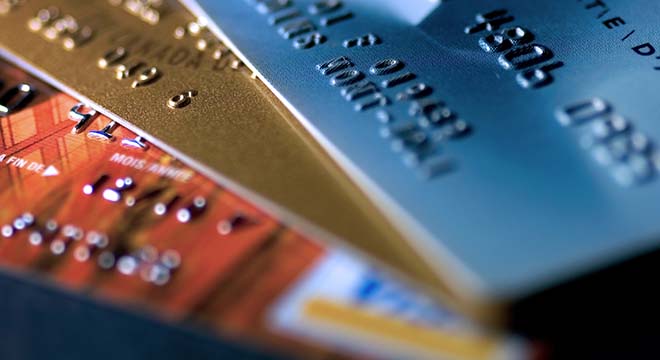 Although there were several similar activities in the UK and also across other European countries, we can see the launch of “The Institute of Islamic Banking and Insurance” and the “Islamic Bank of Britain” as a remarkable starting point in interest-free finance’s journey from the Muslim world to Europe…

The Institute of Islamic Banking and Insurance (IIBI) was founded in its present form in 1994 and became a registered charity in 2010. The origins of the IIBI are associated with the education, training and research activities of the International Centre for Islamic Studies (ICIS) in London, a registered charity established 1985. The ICIS used the Institute of Islamic Banking and Insurance (IIBI) to promote and advance education, training, research and publications on Islamic principles underpinning interest free finance. With the decline in the activities of the ICIS, in 1994.

Alongside these more theory-based and researching activities of interest free finance principles, there also arose a bank that strove to practice these norms within its business activities. In August 2004, the Financial Services Authority (FSA) gave the go-ahead for the launch of the first totally Islamic British bank, which operates in accordance with Islamic principles. Established in 2004 as the UK’s first wholly Sharia compliant retail bank, Islamic Bank of Britain (IBB) has pioneered interest free banking in the United Kingdom. This hasn’t been without critics, however, as many prominent Islamic scholars have challenged its claims to being fully sharia-compliant. The Islamic Bank of Britain plc. (IBB) is listed on the Alternative Investment Market. Its headquarters in Birmingham initially employed 50 people. The first ever branch of IBB opened to the public in London. Employing 9 people, this branch claimed to be the first ever wholly Sharia compliant retail bank branch in Europe. The core business of Islamic Bank of Britainis to provide British Muslims the ability to access banking services from a British bank, wholly operated in accordance with Islamic Sharia principles.

After this initial period, the number of institutions and businesses which work according to Islamic principles have proliferated. Indeed, focusing on the needs of the Muslims in the UK not only fulfils a religious purpose, but also has a high potential for a very profitable business. The recent report published by the Muslim Council of Britain (MCB), estimates that 10,000 Muslim millionaires are among 2.78 million Muslims in the UK contributing over £31 billion to the British economy. According to this report, over 13,400 Muslim-owned businesses are creating more than 70,000 jobs in London alone. The Muslim Council of Britain is a national representative Muslim umbrella body with over 300 affiliated national, regional and local organisations, mosques, charities and schools. The Muslim Council of Britain pledges to work for the common good of society as a whole: encouraging individual Muslims and Muslim organisations to play a full and participatory role in public life. MCB published this report on the occasion of the 9th World Islamic Economic Forum, which was held in London this October. (The Muslim Council of Britain, 2013)

The main message that appeared to be given during this event – taking place outside the Muslim world for the very first time – is that interest free finance has reached the United Kingdom and Europe and is here to stay. In his speech, Mayor Boris Johnson reminded the audience as to his background, saying,‘I am very proud to be here this morning because I am sure that I am the first Mayor of London of partly Muslim extraction, and indeed the descendant of a Muslim entrepreneur by the name of Ahmed Hamdi.’Moreover, Mr. Johnson described London as a city with more American banks than New York, more museums than Paris, less rainfall than Rome and the greatest centre for interest free finance  in the world. ‘London is being transformed by developments financed by Muslim investors which are also Sharia compliant’ he remarked. Finally, Mr. Johnson announced a £100 million fund to encourage tech start-ups from the Muslim world to move to Britain and urged wealthy figures from across the Arab world to invest in London (Chorley, 2013).

He said: ‘We welcome the fact that Thames Water, Barclays, Sainsburys, Harrods and the Olympic Village are all financed in part by Islamic investors. And we welcome the fact that Qatari Diar’s investment in Chelsea Barracks represents the largest Islamic finance deal anywhere in Europe in history and that work is commencing on the site in November’ (Cameron, 2013).

These words illustrate that the application of interest-free financial principles are no longer just to satisfy the needs of domestic Muslims, but also to attract wealthy investors from across the Muslim world to financial centres such as London. Moreover, public debate against conventional credit institutions and their methods have increased recently due to the outbreak out of the economic crisis. Calls for the application of a “moral economy” in the Western world have become louder. In this context, more and more frequently the concept of “Islamic Banking and Finance” is being presented as an interesting alternative. Interest-free finance contains both a financial dimension and a moral dimension. For this reason, there is an increasing attention being paid to it by non-Muslims.

In regards to future developments, Mr. Cameron stated: ‘We are not going to sit here and rest on our laurels. We know there is much more to do. When Islamic finance is growing 50 per cent faster than traditional banking and when global Islamic investments are set to grow to £1.3 trillion by 2014 we want to make sure a big proportion of that new investment is made here in Britain. We are already taking big steps to open up the City of London to more Islamic finance’. As an example, Mr. Cameron announced that the London Stock Exchange Group is currently working on new indices to create a new way of identifying Islamic finance opportunities – a world-leading Islamic Market Index. Finally, the Prime Minister emphasized his hope to see billions of pounds of new investments in a range of sectors from property and housing to aerospace and life sciences, over the coming years. (Cameron, 2013)

Taking all these into account, interest-free finance seems to have a huge potential with financial activities under Islamic principles going to expand and develop rapidly in the years to come. Additionally, developments in countries such asGermanyare showing that these efforts will not remain limited to theUnited Kingdom, but will also expand across different European countries. Still, though the outlook for the growth of Islamic finance inEuropelooks solid, we should warn of some possible dangers.

It is necessary to observe internal developments inside interest-free finance and among interest-free finance experts. Not every product under the label  interest-free finance actually conforms to Islamic law or principles. In some cases, we can observe that merely using the label is sufficient to be part of a growing market potential. There are different control mechanisms to avoid such activities. However, high demand, such as that coming from the UK and other European countries for profitable Islamic investments, could force also these control mechanisms to soften their requirements. In the long-term this would lead to a very well known label, but with a different content than what is actually ‘Islamic’.

Of course, from a moral and religious point of view, this situation would be pretty catastrophic. But also from an economic point of view, such Islamic finance products would not be able to last very long and would completely disappear out of the market in the long run. The interest-free finance label would disappear and only the damaged label “Islamic” tag would remain in Europe.

Certainly, activities under the label interest-free finance have pioneered Islamic principles in European countries and have supported the rapprochement of the Muslim world andEurope. However, the challenges in the future will be the implementation of certain theories and connected applications based on the fundamental Islamic economic principles. These principles should not necessarily replace the conventional capitalistic ones – it would be sufficient to develop them so that they can coexist to provide an alternative groundwork. In short, interest-free finance as an alternative is not sustainable enough in its current form, so there is a pressing need for innovative solutions and a coexisting alternative groundwork for interest-free economics.