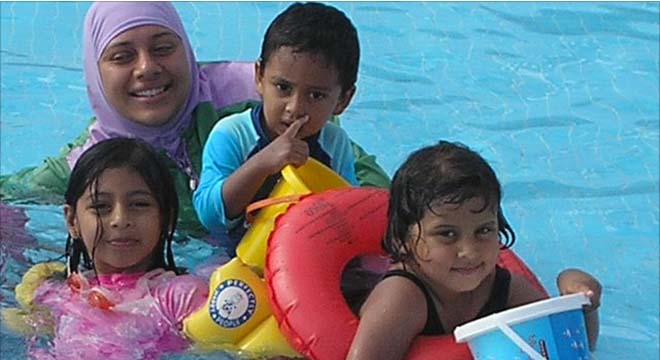 During the recent Global Islamic Economy Summit 2013, experts observed that the Halal travel and tourism industries in non-Muslim countries are doing much better than in Muslim countries and consequently asked the Organization of Islamic Cooperation (OIC) to concentrate their focus on the potential of the industry.

The chairman of the board of Crescent Tours in the United Kingdom, Elnur Seyidli, was of the opinion that current growth of Halal tourism as seen in New Zealand and Australia indicate that non-Muslim countries are more preferred to Muslim countries when it comes to Halal tourism.

Further, he emphasized his opinion by giving an example of how the non-Muslim world is taking advantage of this potential. He said that for instance Japan has a prayer room at the airport and most of the hotels there are provided with Halal media. Japanese food is also about to be introduced in Halal restaurants.

A report released by Thomson Reuters in 2012 named Europe as the most popular destination globally as far as the arrival numbers are concerned. At the top of the list was France with 83 million arrivals. The US came second with 67 million arrivals followed by China and Spain both recording 58 million arrivals. Turkey and Malaysia were ranked 6th and 10th respectively.

Among the Muslim majority countries in the Organization of Islamic Countries, Turkey recorded the highest number of arrivals at 35.6 million followed by Malaysia with 25 million tourists. Saudi Arabia and the United Arab Emirates recorded 13.6 million and 9 million respectively.

The growth of four of the five fastest growing airports in the world, namely Istanbul, Kuala Lumpur, Dubai and Jakarta is the greatest indication that Muslim countries are fast emerging as tourist destinations.

Crescent rating CEO in Singapore, Fazal Bahardeen, said that OIC is getting too comfortable with the idea that they are Muslim countries and therefore fail to tap the investment potential of the sectors.

In 2012, the global spending by Muslim travelers was at $137 billion excluding Haj and Umarah. This accounts for 12.5% of the global spending which is estimated to be $1.095 billion. By 2018, the Muslim expenditure is estimated to grow to $181 billion. Tourists from GGC countries spend the most, accounting for 31% of the total dollars spent by Muslim tourists.
Read more at http://www.tourism-review.com/halal-tourism-non-muslim-countries-developed-more-news3948#eEfU1YhXt7gbWZBI.99